We kicked off this week with news that long-time Nvidia technical marketing director and distinguished engineer, Tom ‘TAP’ Petersen, had left the company. At the time, sources reported that he would be joining forces with Intel. Today, that was confirmed, with Intel tweeting out the news itself.

The Intel Graphics Twitter account is fairly active and often used to get people excited for its upcoming discrete GPU launch, known currently as ‘Intel Xe’. The announcement is short and sweet, simply confirming that Petersen will indeed be part of the GPU team:

We are excited and thrilled to have Tom Petersen “TAP” joining us as an Intel Fellow on our GPU team. pic.twitter.com/30f0TkPlXY

Petersen is the latest industry veteran to join the squad, following the likes of Raja Koduri, Chris Hook and Darren McPhee, all who previously worked at AMD on Radeon products.

Petersen himself is the holder of 40 patents and had worked at Nvidia for well over a decade. With all of that experience, there is no doubt that he’ll play a big role at Intel moving forward.

KitGuru Says: The situation surrounding Intel’s discrete GPU launch keeps getting more interesting. Hopefully it won’t be too long until we get a better idea of what Team Blue is cooking up behind closed doors. 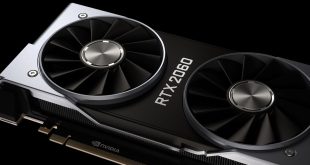 After months of rumours and speculation, Nvidia has now confirmed the RTX 2060 12GB. This …