This week the rumour mill is churning out some news about Nvidia’s budget friendly GTX 960 graphics card. According to an add-in board partner source, Nvidia wants to reduce product supply of the 2GB GTX 960 and eventually only offer a 4GB version. This move could potentially put the GTX 960 in a better position competitively while also being more attractive to buyers. 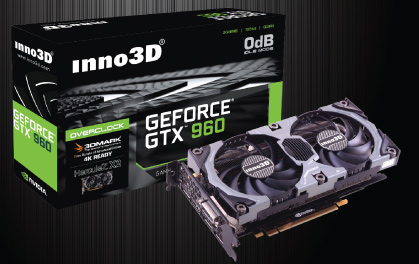 The anonymous AIB source in question spoke with HWBattle, so we can’t verify the legitimacy of this information. However, assuming everything is true, then Nvidia will also be putting its GTX 960 in a better position to compete with AMD’s similarly priced graphics cards, including the R9 380, which also comes in 2GB and 4GB variants.

The difference between 2GB and 4GB of VRAM won’t be too noticeable in a lot of titles. However, newer games and engines have become much more demanding on both video card memory and system memory over the last year, so the move would help keep Nvidia’s budget cards relevant for longer while we wait for Pascal next year.

KitGuru Says: While the GTX 960 is still a competitive card in the sub £200 price bracket, it looks like Nvidia wants to push it a bit more. These cards still have to last quite a while too, as Pascal isn’t due until later next year. What do you guys make of this? Would this be a good move from Nvidia?