When you remove the Gigabyte X399 Aorus Xtreme from the package it looks impressive clad in the various heat sinks, I/O shield, M.2 covers and the extensive back plate. Each of these parts has an obvious cosmetic aspect as well as helping to keep the board cool. The backplate is described as a ’NanoCarbon Base Plate’ and helps to remove heat from the components on the backside of the motherboard, the M.2 covers have an obvious function and the heat sinks on the VRMs are proper finned items that are linked by a heat pipe.

The plastic shroud over the VRM heat sinks looks a bit gaudy and seems to be a prime candidate for removal to expose the VRM heat sinks. In fact, when you strip off these components you will see the I/O shroud contains a pair of 30mm fans that move the air around in the area of the I/O panel and in particular across the tiny heatsink on the 10Gbit Aquantia chip. It is not entirely clear where the air is meant to flow to as the I/O panel presents a solid obstacle without any obvious exhaust holes. The I/O shield or ‘Integrated I/O Shield Armour’ is fixed in place so this is clearly how Gigabyte has things planned.

Clearly those three Ethernet ports take up a fair amount of the I/O panel, and naturally you get integrated audio which has to be accommodated. Added to that Gigabyte has packed in ten USB ports, so most of the space has been sensibly used. The integrated 802.11ac Wi-Fi could be moved to an add-in PCI Express card, and that would free up some space, however the prime candidates for removal are the Power and Clear CMOS micro buttons. These have some value when you are benchmarking a motherboard on an open test bench as they are easy to access.

On the other hand, once your PC is built and the system is under your desk the buttons are right at the back and pretty much useless. Worst of all, you might reach blindly round the back of your PC to connect a USB device and accidentally press a button. We fail to see why Gigabyte did not simply find a bit of space on the board for those two buttons, especially when you consider the form factor is E-ATX so the board is 269mm wide rather than 244mm for ATX.

While we are confident that Gigabyte could find room for two buttons, it is worth pointing out the Xtreme does not have much space to spare. The CPU sockets, eight DDR4 slots and the VRM system take up the top half of the board while the PCI Express slots, M.2 slots and chipset cover pretty much fill the lower half.

The other thing that is notable about the stripped down X399 Aorus Xtreme is that it bears a strong resemblance to the X399 Aorus Gaming 7, only bigger and more beefy. The Gaming 7 sports 8+2 x50A power stages while the Xtreme uses a 10+3 configuration of the same hardware.

That is an IR35201 controller with IR3578 Driver/FET Digital PWMs and the extra two Vcore stages adds a maximum 100A power delivery. If we work with a CPU Vcore of 1.35V, the Gaming 7 can deliver a maximum 540W to the CPU while the Xtreme can manage 675W.

You cannot load VRMs at 100 percent (they will shut down) and need to leave a safety margin so if we take a loaded figure of 70 percent we arrive at practical CPU power figures of 380W for the Gaming 7 and 470W for the Xtreme. As you will see in our testing those figures are significant as the new 32-core 2990WX draws 450W when it is working hard, which means that Gigabyte has designed the X399 Aorus Xtreme to be ready for anything you might throw in its direction.

We spent the majority of our video talking about power delivery, support for the 32-core 2990WX, performance at high clock speeds and how this affects the cooling for the CPU and VRMs, which left little time to discuss the features of the Xtreme. We are happy to report the Xtreme is packed with a list of features that use the I/O of Threadripper including four graphics slots. Gigabyte points out that you can employ a massive amount of M.2 NVMe RAID however that requires add-in M.2 cards and is a feature provided by AMD rather than Gigabyte.

You get a decent amount of USB 3.1 Gen.2 (Types A and C) on the I/O panel, as well as mid-board headers to connect to your case. Gigabyte has included Smart Fan 5 control for the seven PWM headers as well as RGB Fusion lighting to add a bit of bling. 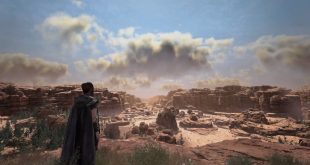 At the PS5 reveal event, Square Enix popped up to show off a new game …