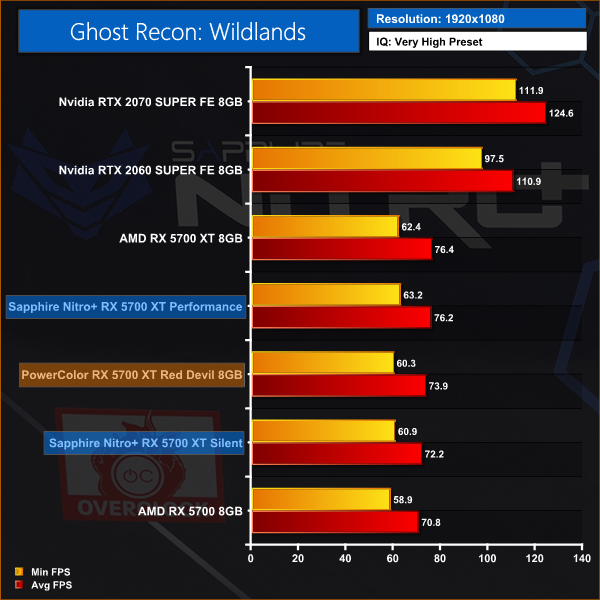 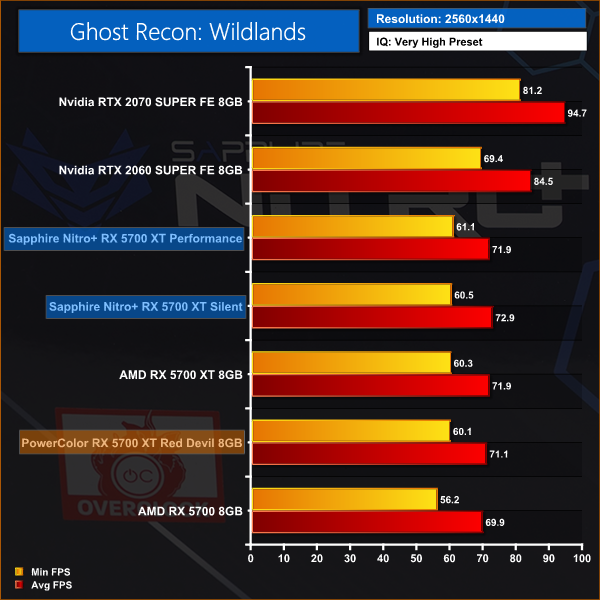 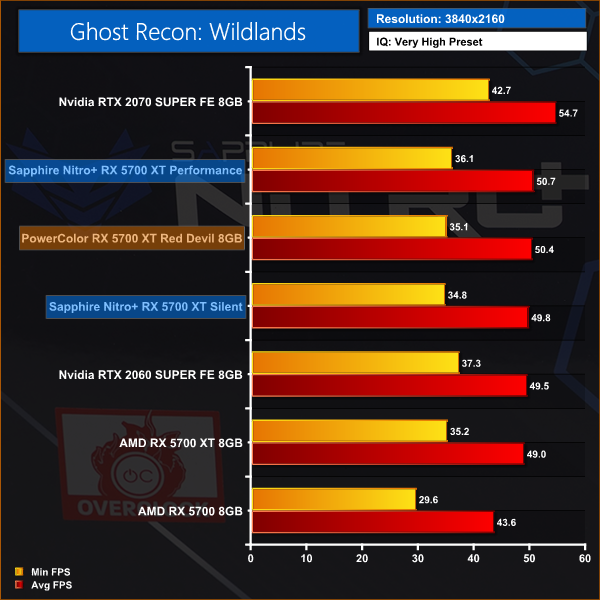 In Ghost Recon: Wildlands we can say Sapphire is the comfortable victor, just so long as 1fps or 2fps counts as comfortable.