At present solid-state drives with extreme capacities are very expensive and even the best of them cannot match high-capacity hard disk drives for nearline storage applications. However, thanks to the evolution of NAND flash memory in general, and 3D vertical NAND (3D V-NAND) in particular, the situation may change soon and SSDs with 10TB or higher capacities will become reality.

The upcoming 3D NAND chips from Intel and Micron will enable solid-state drives with capacities simply not possible today. According to Rob Crooke, senior vice president and general manager of Intel's non-volatile memory group, the 3D NAND will enable 10TB and larger solid-state storage solutions in the next two years.

In a bid to build 4TB Optimus Max solid-state drive earlier this year, SanDisk had to use 64 extremely expensive 64GB (512Gb) eMLC NAND flash memory packages (which integrate four 128Gb eMLC memory chips into one package) that rely on planar NAND flash and are made using thin process technologies. By contrast, Intel’s 256Gb MLC 3D NAND flash memory chip which can hold up to 32GB of data (384Gb/48GB TLC NAND flash) will be made using a mature (i.e., thicker) process technology (Intel does not disclose which one) and will have a “breakthrough” cost. As a result, multi-terabyte solid-state drives will not only become reality, but will not cost several thousands of pounds per unit.

Mr. Crook used a prototype solid-state drive based on the 32-layer 256Gb MLC NAND flash memory to run his presentation at the Investor Meeting 2014, which means that the technology is viable and products on its base are already functional.

Intel’s 3D NAND memory project seems to be far more ambitious than Samsung’s: it will start at 32 layers and 256Gb capacity, which means that Intel’s chips will be more cost-efficient than those from its rival. 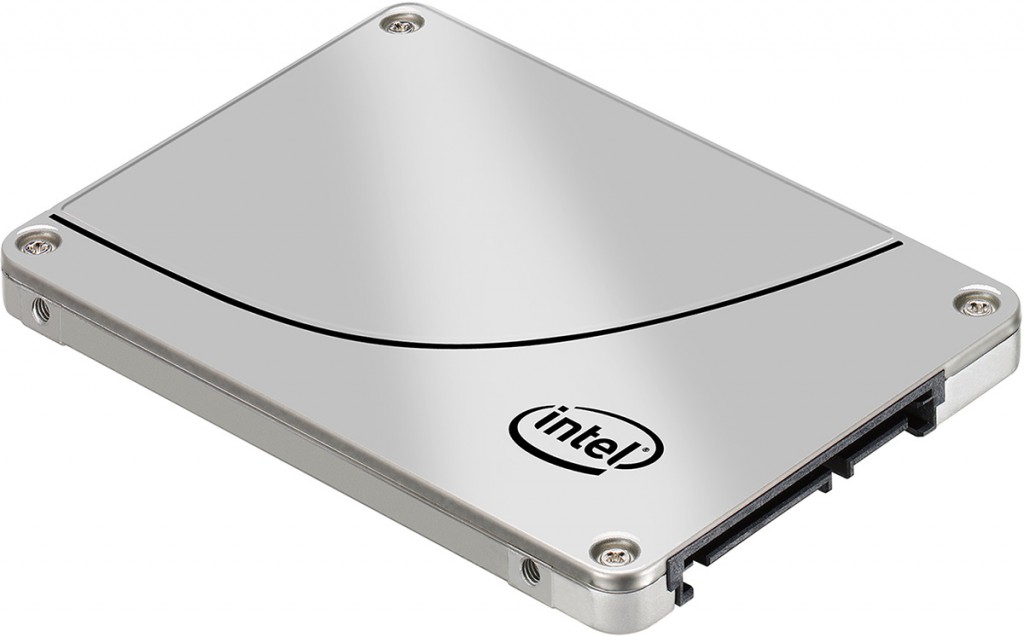 Although Intel’s 3D NAND may not necessarily revolutionize the market of NAND flash storage in general, it still represents a great opportunity for the company to boost its revenue and SSD market share. Intel NAND and SSD revenue in 2014 is expected to be around $2 billion, thanks to innovations like 256Gb 3D NAND, it will grow further in the coming years.

KitGuru Says: Solid-state drives of decent capacities are already pretty affordable, at least for the PC enthusiast world. Thanks to Intel’s 256Gb 3D NAND flash chips, the cost of SSDs will drop even more, which will mean that even affordable notebooks could replace hard disk drives with SSDs. Still, there is a new era of ultra-high-definition video and games incoming. To store massive amounts of UHD data, we will definitely need not only high-capacity SSDs, but also high-capacity HDDs.