Intel has been celebrating another milestone recently, the company’s memory and storage group announced that last week, it had produced the number 10 million of its QLC 3D NAND based solid-state drive manufactured with the QLC NAND die.

Production of the Intel QLC 3D NAND began in Dalian, China late in 2018 and in a short space of just over a years’ time, Intel has produced over 10 million SSD drives based on the QLC 3D NAND technology, which represents a huge milestone for the company and has established QLC (quadruple-level cell memory) as a mainstream technology for producing high capacity storage devices.

“Many have talked about QLC technology, but Intel has shipped it, and at scale,” said Dave Lundell, director of Client SSD Strategic Planning and Product Marketing at Intel. “We have seen strong demand for the cost-effective capacity of our standalone QLC SSD (Intel SSD 660p) and the performance of our Intel Optane Technology + QLC solution (Intel Optane Memory H10).” 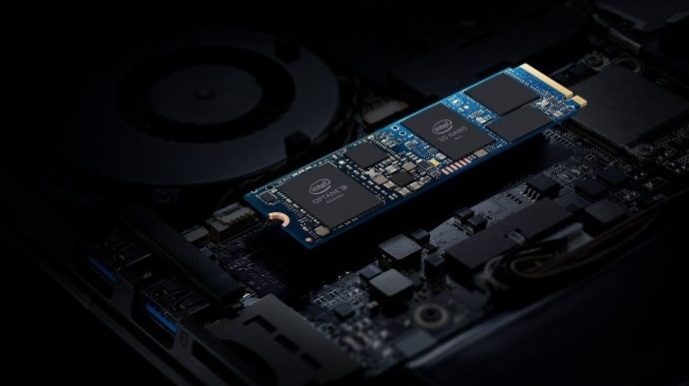 Intel’s QLC 3D NAND is used during the production of the company’s 660p, 665p SSD drives and Intel Optane Memory H10 storage devices. QLC drives feature 4 bits per cell and are able to store data in both 46-layer and 96-layer NAND configurations. The technology has been developed over the past decades and during 2016, Intel changed the orientation of floating gate technology which resulted in tri-cell technology that was capable of storing 384 Gb/die.

Late in 2018 3D QLC flash equipped with 64-layers and four bits per cell capable of storing 1,024 Gb/die became a reality, Intel then moved the QLC 3D NAND to 96-layers which increased overall areal density. This technology is now the base structure for Intel storage devices in both client and data centre storage solutions.

KitGuru says: While Intel may be facing manufacturing issues with its processors, production of storage devices featuring QLC 3D NAND is as strong as ever. What do you guys think of this news from Intel, will we see another improvement on NAND technology from Intel this year?