One of the most remarkable stories in the technology industry has been the rise of Asrock as a leading mainboard manufacturer. This company started life as an off-shoot from established manufacturers in 2002. At the start, it provided simple, low-cost alternative options for the system building sector of the PC market. In recent years, things have changed. KitGuru was lucky enough to catch up with Asrock’s Chief Operating Officer, Mr L L Shiu.

When Asrock began life 12 years ago, it aimed to be cost-effective and creative, but also to have one eye on green issues – to be a considerate company.

While it’s hard to measure consideration, from KitGuru Labs’ experience, we can definitely say that the company creates products that are cost-effective and creative.

When we last spoke with Mr Shiu in December 2012, he told us that “Unlike other motherboards, which may seem lifeless and boring with cold hard specifications or marketing gimmicks. We strive to differentiate ASRock motherboards by making them more customized”.

One look at the Asrock OC Formula board that picked up KitGuru’s Technical Excellence award for 2013, shows you that his company is achieving its goals.

Asrock started with very simple products in 2002, Asrock now produces some of the most impressive mainboards in the world. Which designs are you most proud of?
“ASRock is tightly focused on developing innovative motherboard products and bringing surprises to the market. As a trend leader, we used to bring tones of stunning products since 2002. To name a few, N7AD-SLI for bringing SLI GPU technology to ATI motherboard, P67 Transformer for supporting LGA1156 CPU on P67 mainboard, XFast 555 technology for delivering 5X faster performance in terms of LAN, USB and RAM. We’re all proud of what we done in the past”. 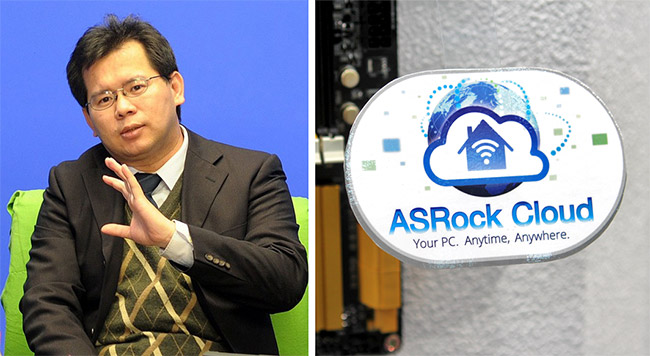