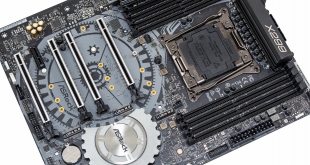 X299 motherboard VRMs received bad press after investigative research by professional overclocker der8auer demonstrated a tendency for them to run uncomfortably hot with overclocked Skylake-X CPUs. So much so that ASRock has pushed out an enhanced version of its X299 Taichi motherboard, the X299 Taichi XE, even though its X299 Taichi had been highly praised for its VRM and not implicated in the X299 VRM “scandal”. 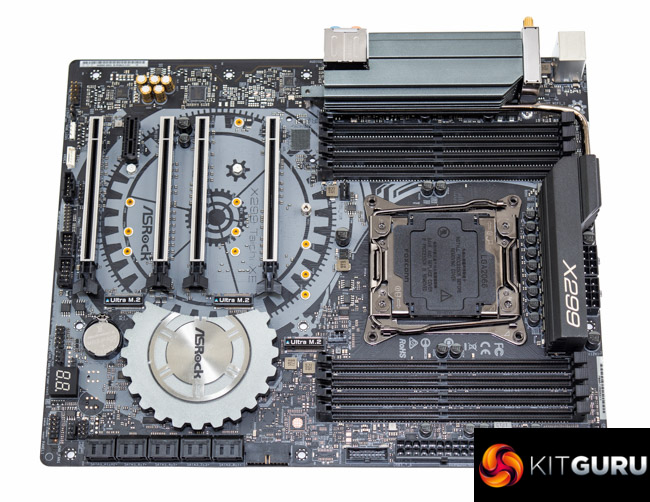 A VRM cooling tweak is the primary change between the ASRock X299 Taichi and X299 Taichi XE. ASRock adds a second VRM heatsink at the rear I/O area and links the two with a heatpipe, the standard Taichi has a single aluminium heatsink for the VRMs and a plastic shroud at the rear I/O. That plastic shroud is removed on the Taichi XE to make way for the new heatsink and presumably improved ambient airflow.

Additionally, ASRock has added a second 8 pin EPS connection to provide more power delivery capability for Intel's high core count Skylake-X CPUs that have been released since the 10-core i9-7900X was the flagship. The i9 7980-XE is Intel's thirstiest CPU on the X299 platform at present with a 165W TDP, the i9-7900X had a 140W TDP.

Those TDP numbers hide the sheer power appetite of the i9-7980XE which is known to consume 500-watts or more of power on its own when overclocking to 4.4GHz and beyond with the corresponding required voltage. Remember also that at the time at which der8auer exposed some of the failings of X299 motherboard VRMs the flagship CPU was the i9-7900X which would sit at around 300-watts of pure CPU power draw under overclocked loads.

Rightfully so that ASRock has offered a bolstered version of its X299 Taichi XE for consumers looking for a more durable solution to X299 VRM cooling without having to opt for a complex and expensive watercooling configuration. The Taichi XE is a better fit for Core i9 CPUs beyond the i9-7900X and will allow the VRMs to operate cooler and more efficiently across all Skylake-X CPUs.