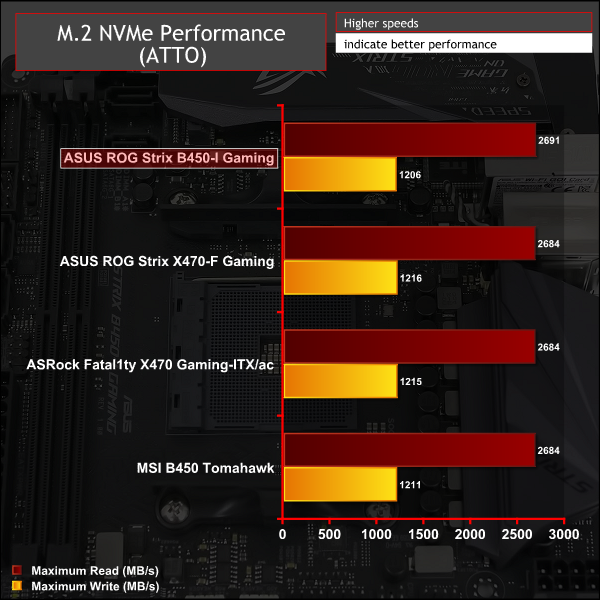 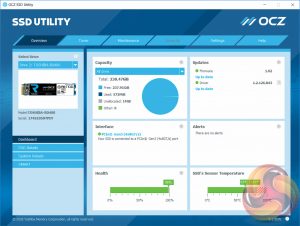 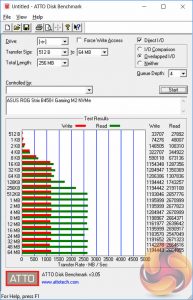 M.2 performance easily exploited the maximum performance potential of the benchmark drive. Thermal performance was very respectable too and the integrated M.2 heatsink performed well. Given the throttle speed is around 75-80 degrees Celsius most high performance drives should have no trouble performing consistently well with this motherboard. 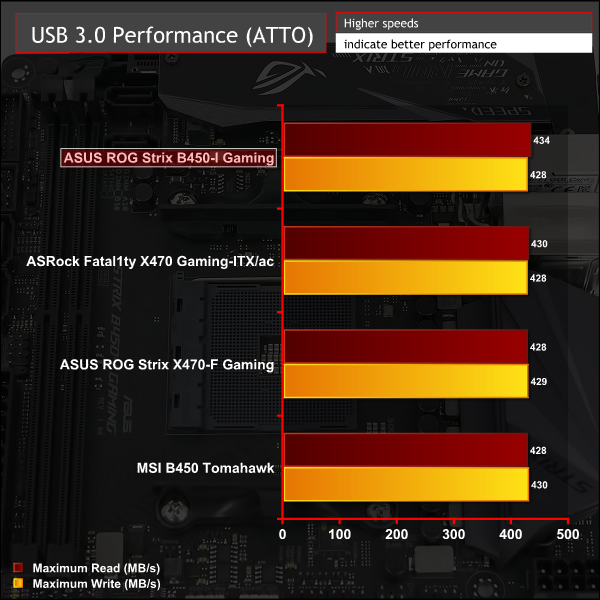 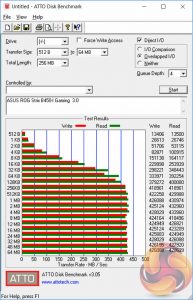 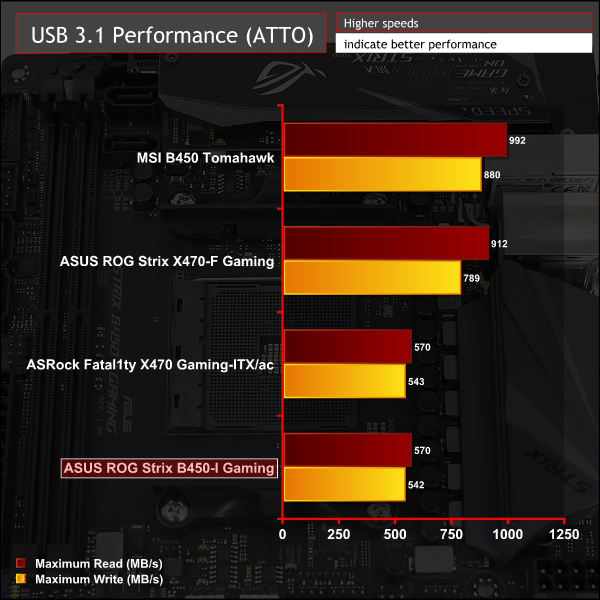 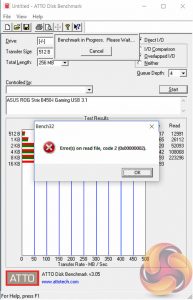 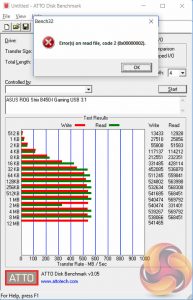 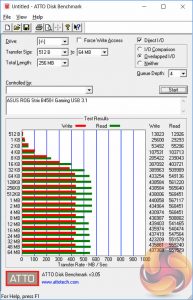 USB 3.0 performance was as expected while USB 3.1 performance experienced numerous performance and compatibility issues similar to those we observed with the ASRock X470 Gaming-ITX/ac motherboard.

The only way we were able to complete an ATTO run from start to finish without interruption while using USB 3.1 was with the ASM1351 USB 3.1 to SATA III device and a Transcend SSD370S 512GB SSD.

Given the MSI B450 Tomahawk successfully completed USB 3.1 testing using the B450 chipset controller we can only assume this is a motherboard specific problem. It’s difficult to say which USB 3.1 component causes the problem, as it is unlikely to be the controller.

We expect this ASUS motherboard and the ASRock X470 Gaming-ITX/ac must have a similarity somewhere as both failed in similar ways when using USB 3.1, our best educated guess at this stage is that it is potentially a compatibility issue with USB 3.1 redriver chip. 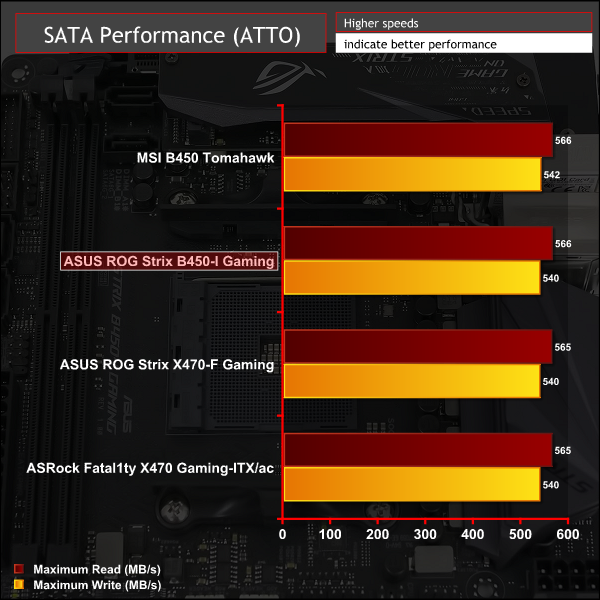 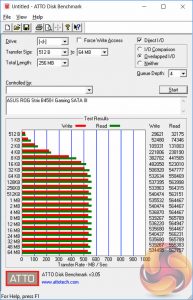 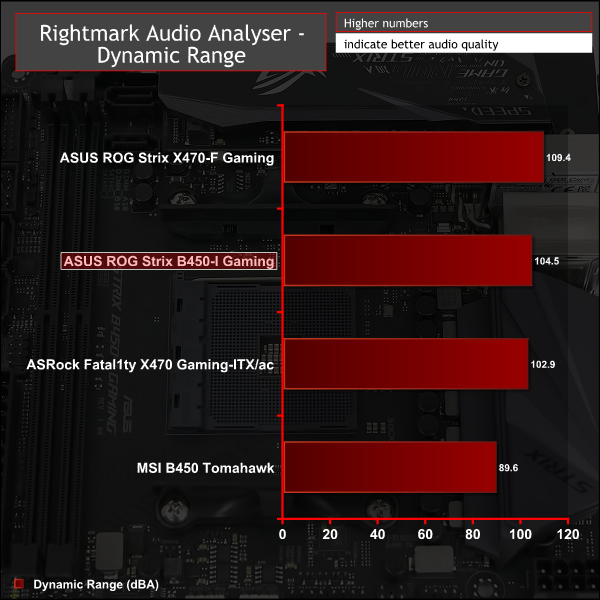 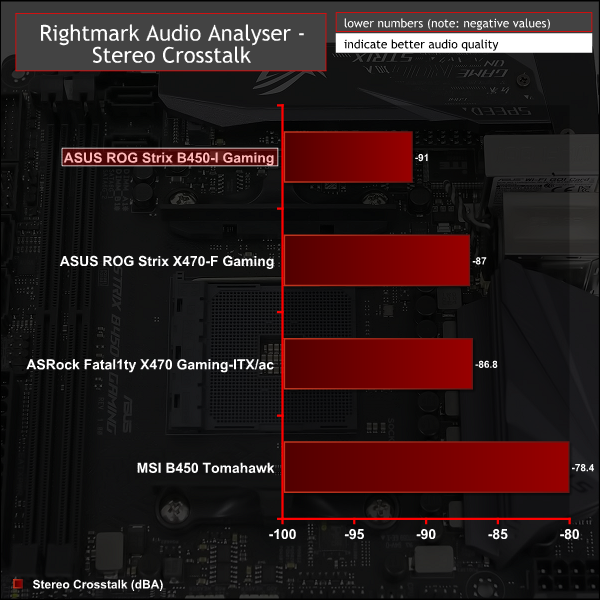 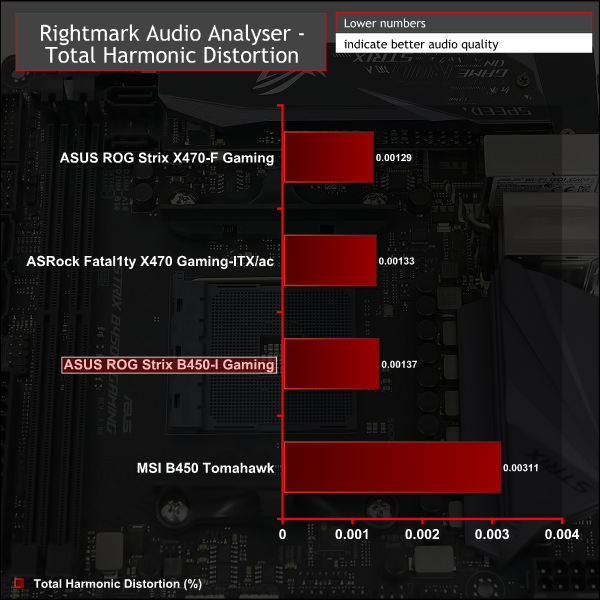 Audio performance was very good and the ASUS ROG Strix B450-I Gaming manages to keep pace with desktop motherboards using the same codec. This is likely due to the implementation of separate PCB for the audio which gave ASUS more space to implement high-end audio components like dual operational amplifiers and Nichicon audio capacitors.

Epic Games will finally get to make its case against Apple in court soon, as …