To test the ASUS ROG Strix B450-I Gaming motherboard’s CPU overclocking potential, we set the CPU core voltage no higher than 1.4V and push for the highest stable clock speed. We maintain the DRAM frequency at 3200MHz to take memory stability out of the overclocking equation. Once the highest clock speed for 1.4V is achieved we see if there is potential to reduce the voltage while maintaining system stability. 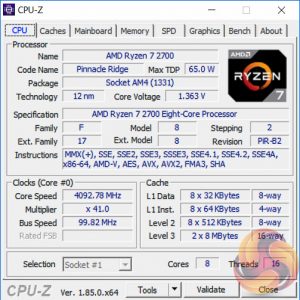 For overclocking we opted for 4.1GHz which is the highest all-core stable frequency our CPU sample is capable of. In terms of voltages we opted for a positive offset of 0.375v which resulted in about 1.36 volts. Initially we achieved 4.1GHz with 1.365v fixed voltage and noticed unusually high power consumption at idle. However, switching to the offset voltage mode didn’t seem to reduce that power consumption at all despite having the “Ryzen Balanced” power plan selected in Windows 10. 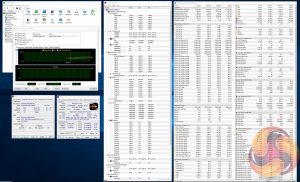 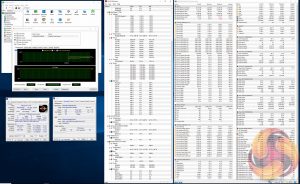 There were no temperature sensors on the ASUS ROG Strix B450-I Gaming specifically labelled as “VRM” or “MOS”, but there were two sensors – “Motherboard” and “Temperature 3/4/5/6” – that could plausibly have been VRM sensors. These rose from 39/40 degrees Celsius at stock load to 41/48 at overclocked load. 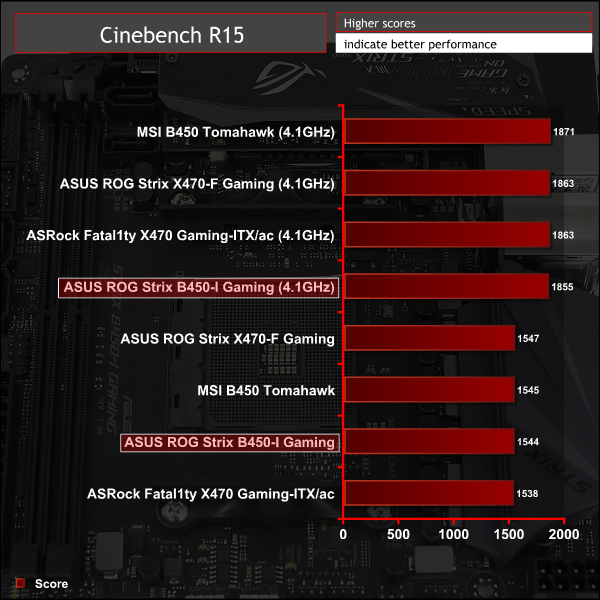 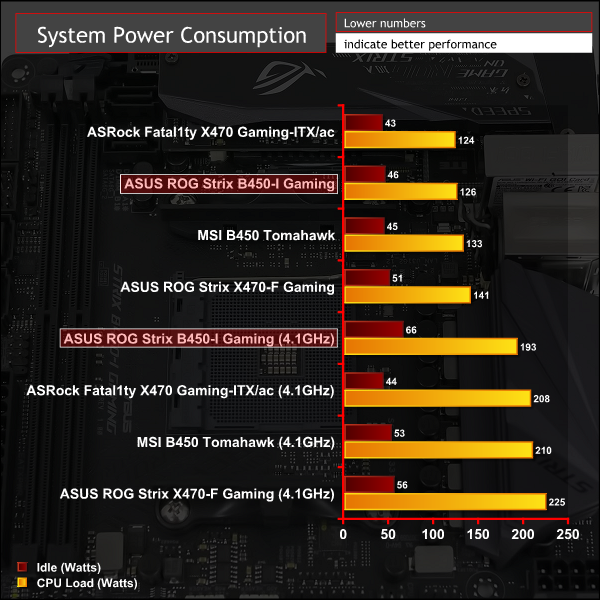 System power consumption was fairly typical under stock and load, if a little bit on the low side perhaps owing to the VRM’s efficiency. However, overclocked idle power consumption was very high and we’re not quite sure as to why. Even after using a voltage offset and the Ryzen Balanced or Power Saver Windows 10 power plans we were not able to get power consumption down despite the CPU having clocked down to idle speeds. 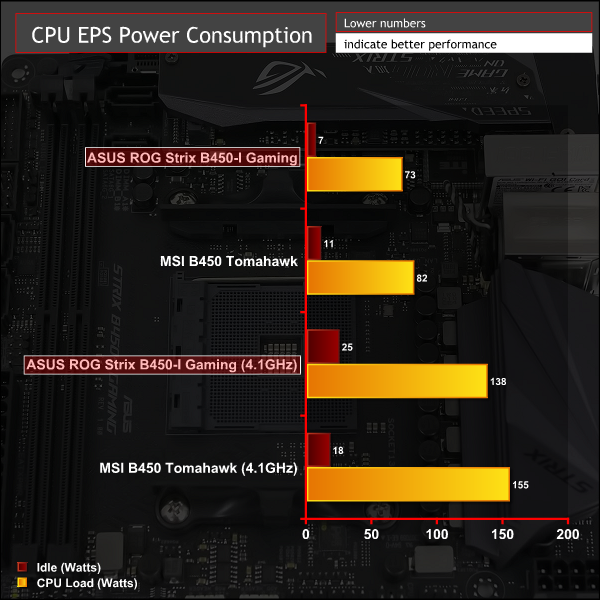 Stock CPU power consumption represents approximately 18% for idle and 65% for load of the system total, when adjusted for PSU efficiency*.

Overclocked CPU power consumption represents approximately 44% for idle and 78% for load of the system total, when adjusted for PSU efficiency*.