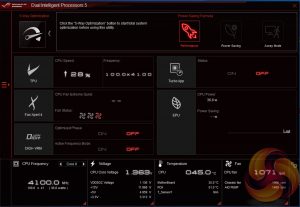 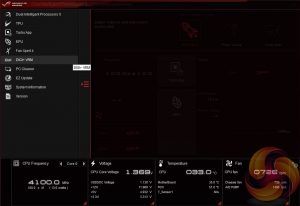 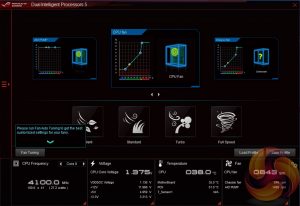 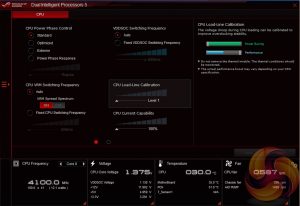 The main software utility for the ASUS motherboard range is the multi-function AI Suite III (Dual Intelligent Processors 5). It contains within it a significant number of utilities including the EPU and TPU, the Turbo App for application-specific turbo behaviour, Fan Xpert 4, on-the-fly overclocking support, a cleaning utility and an ASUS software updating tool. 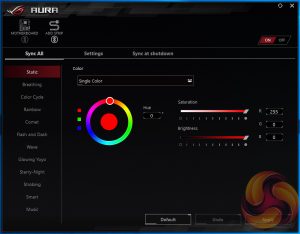 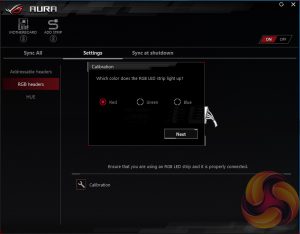 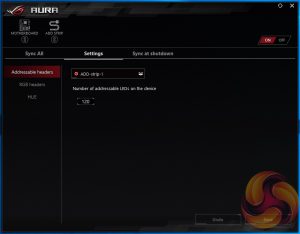 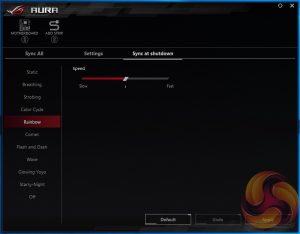 The ASUS AURA RGB software has gone through several iterations of redevelopment since KitGuru first assessed it and it is now a fairly slick application. The range of LED modes available to choose from is comprehensive but on this motherboard it doesn’t seem possible, based on our testing, to manage LED strips independently of the onboard RGB lighting. There is a synchronise all option but this seems redundant given the aforementioned limitation.

The settings tab details a few more compatibility options such as for calibrating RGB LED strips, integrating a Hue Bridge (Phillips Hue product integration) and the Sync at shutdown tab allows users to specify the “turned off” (standby power after shutdown) behaviour of the motherboard’s RGB LEDs. 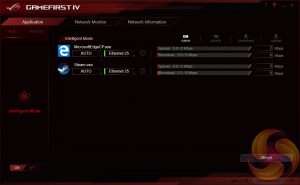 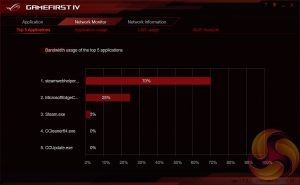 The ROG GameFirst IV software is now at version IV and is the ASUS packet prioritisation software of choice for the on-board Intel I211-AT Gigabit LAN and Realtek 8822BE WiFi. There are a variety of application profiles that can be set on a per-application basis, nominating one application as higher priority over another will allow it to use more of the total available bandwidth and have higher priority for send and receive requests.

This version of ROG GameFirst supports Multi-Gate teaming which allows the onboard WiFi to be used at the same time as the Wired LAN to combine all available network throughput. 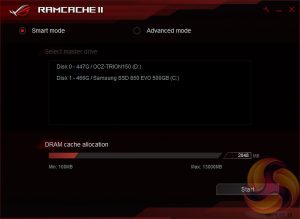 The ROG RAMCache II software aims to help with program loading and file transfers of regularly accessed data. Users simply need to set aside the amount of RAM they would like for caching and the RAM Cache II software handles everything else behind the scenes when in Smart mode. There is an advanced mode that gives some additional parameters for user-control of the software’s behaviour if smart mode doesn’t suffice. 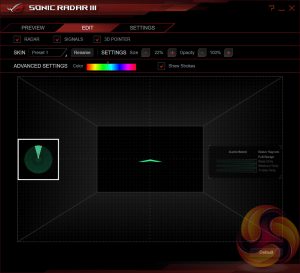 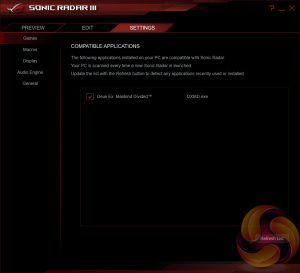 ASUS Sonic Radar III is an application that translates positional audio signals into an “audio map” that identifies where specific noises originated from in supported games. Some PC anti-cheat platforms, such as PunkBuster and Steam VAC, are rumoured to prohibit the use of Sonic Radar III so any usage will need to be with caution.

However, ASUS claims Sonic Radar III is fair play with this explanatory statement: “Sonic Radar III uses in-game audio data to create a visual representation of the sound scape. This audio data exists as accessible game-play information for all players. Sonic Radar III simply presents this information in a way that is useful for training purposes, or as a benefit to gamers who may otherwise struggle to pick out vital positional-audio details — such as those with hearing difficulties.” 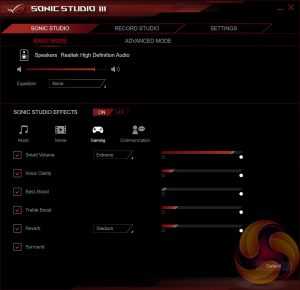 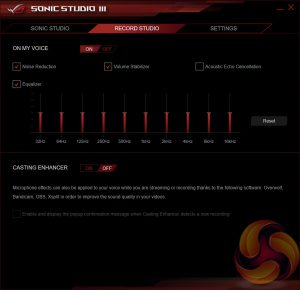