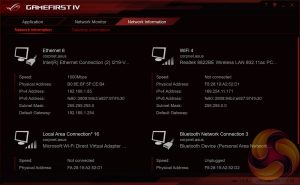 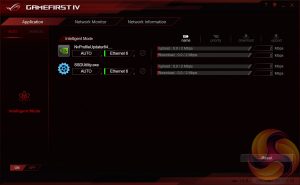 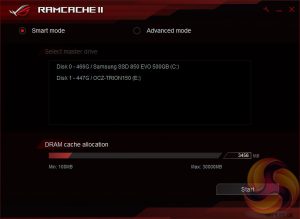 The ROG RAMCache II software, which complements pre-existing ROG RAMDisk software, aims to help with program loading and file transfers of regularly accessed data. Users simply need to set aside the amount of RAM they would like for caching and the RAM Cache II software handles everything else behind the scenes when in Smart mode. There is an advanced mode that gives some additional parameters for controlling the software. 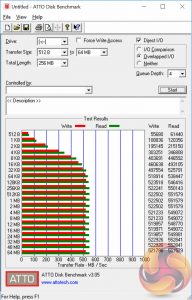 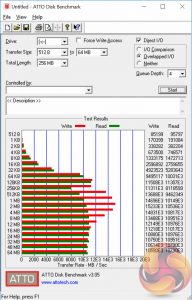 Some rudimentary testing of the OS drive performance in ATTO before (above left) and after (above right) shows the net effect of RAM caching. At its peak read speeds rose from around 551MB/s to 15GB/s after allocating a 10GB smart DRAM cache.

The main software utility for the ASUS motherboard range is the multi-function AI Suite III. It contains within it a significant number of utilities including the EPU and TPU , the Turbo App for core and application-specific turbo behaviour, Fan Xpert 4, on-the-fly overclocking support, a cleaning utility and an ASUS software updating tool. 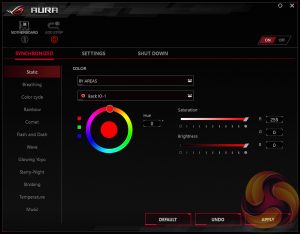 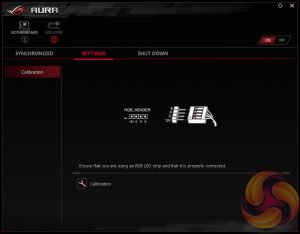 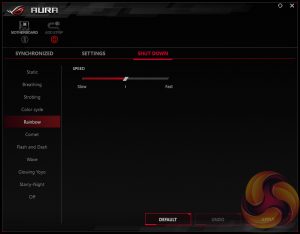 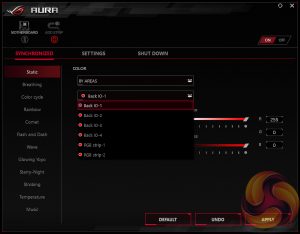 ASUS has, to our pleasant surprise, overhauled the design of its AURA RGB software since we last assessed it with Z270. Gone is the confusing use of the word “Independent” for what is effectively Shut Down LED behaviour, ASUS has now labelled it as such.

The range of LED modes is still the same but the way LED strips are captured and managed as separate entities is an improvement on the previous AURA software whereby a strip was just treated as another zone on the motherboard. Note the “Add Strip” option along the top. 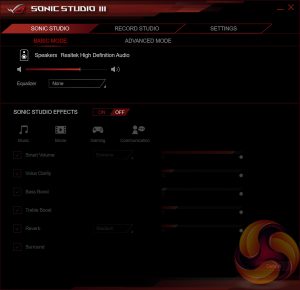 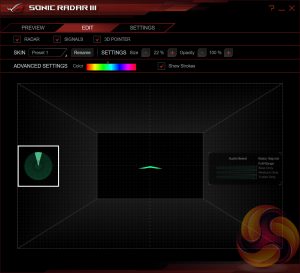 Sonic Studio III and Sonic Radar III are a duo of audio utilities that offer similar functionality to MSI’s Nahimic and Nahimic Sound Tracker utilities, all of which are written by the same software company A-Volute. Sonic Studio focuses on delivering software based equalization and audio effects while Sonic Radar is a utility to present audio data as a 3D spatial visualisation which is supposed to be useful in certain supported gaming titles.