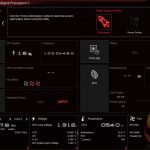 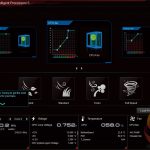 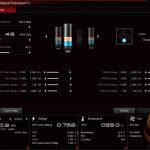 The main software utility for the ASUS motherboard range is the multi-function AI Suite III. It contains within it a significant number of utilities including the EPU and TPU profiles, the Turbo App for core and application specific turbo behaviour, Fan Xpert 4 and on-the-fly overclocking support. 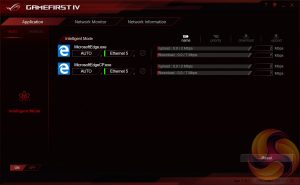 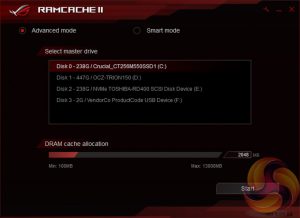 The ROG RAMCache II software, which complements pre-existing ROG RAMDisk software, has been improved for Z270 to help with program loading and file transfers of regularly accessed data. Users simply need to set aside the amount of RAM they would like to allocate for caching and the RAM Cache II software handles everything else behind the scenes when in Smart mode. There is an advanced mode that gives some additional parameters for controlling the software. 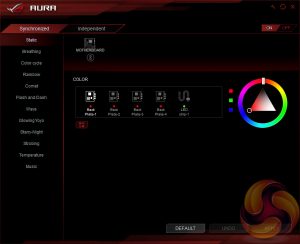 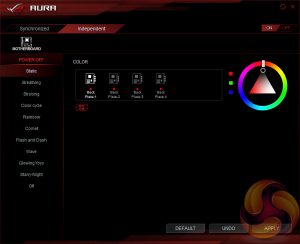 That aside, it’s still quite easy to apply a wide-range of LED effects and colours to the built in LEDs or an optional strip, we tested with a CableMod unit. The number of lighting modes has increased since we last tested the Aura software, it’s a decent RGB implementation and ASUS is improving it all the time.

Our main gripe would be that the software still isn’t clear enough in letting users know which permutations of colours, lighting effects, synchronisation and zones are possible or not.