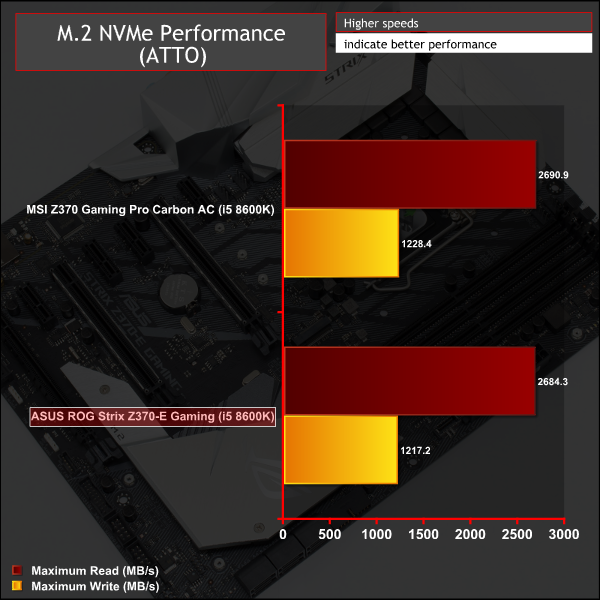 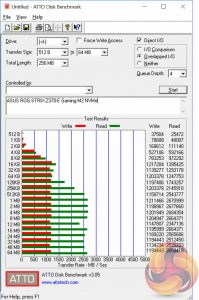 M.2 performance continues to max out the drive, as with Z270. In terms of M.2 cooling we were unable to gather M.2 temperature data during our benchmarking since the Toshiba OCZ RD400 suffered a hardware failure before the testing completed its final run. However, the drive had not throttled at any stage during testing which had looked promising. 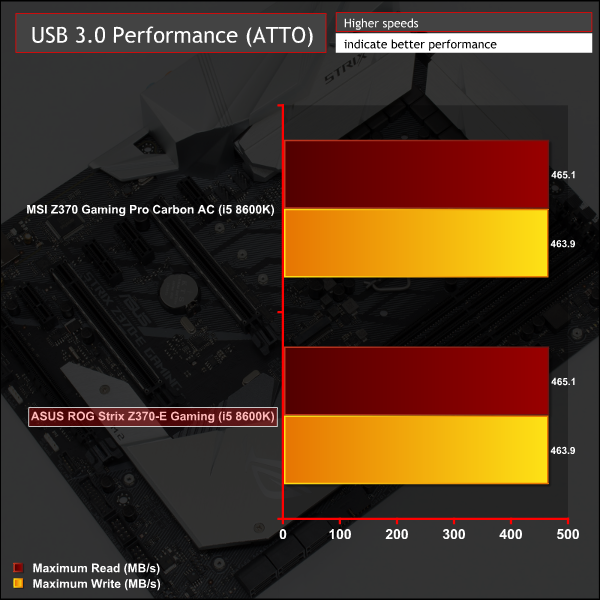 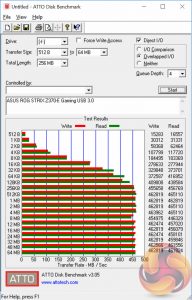 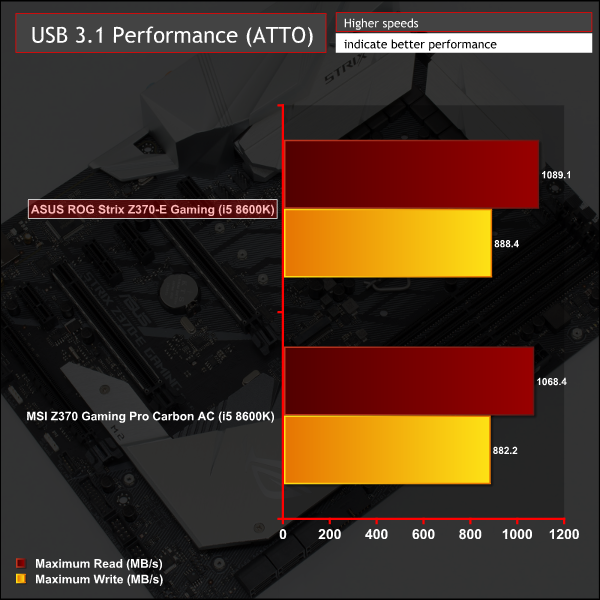 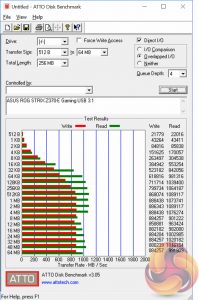 USB 3.0 and 3.1 performance is typical and revealed no anomalies, we saw similar numbers on Z270. 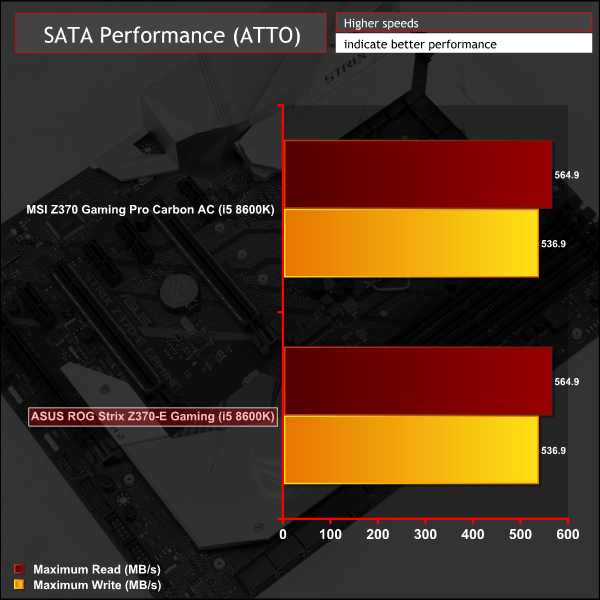 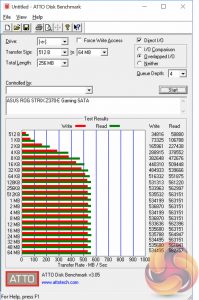 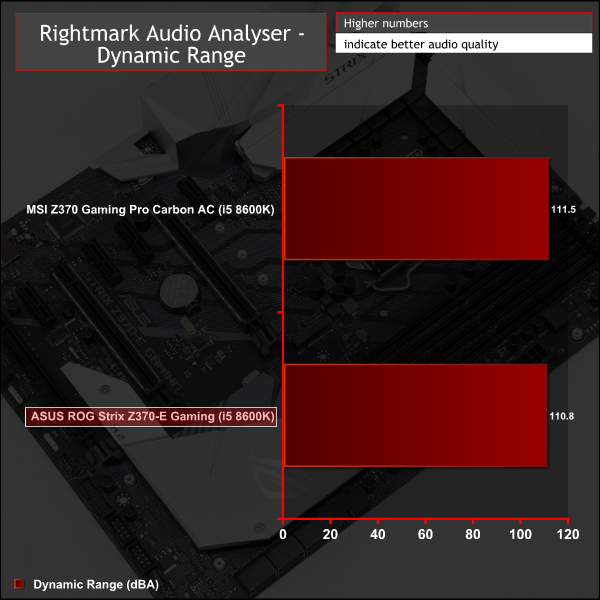 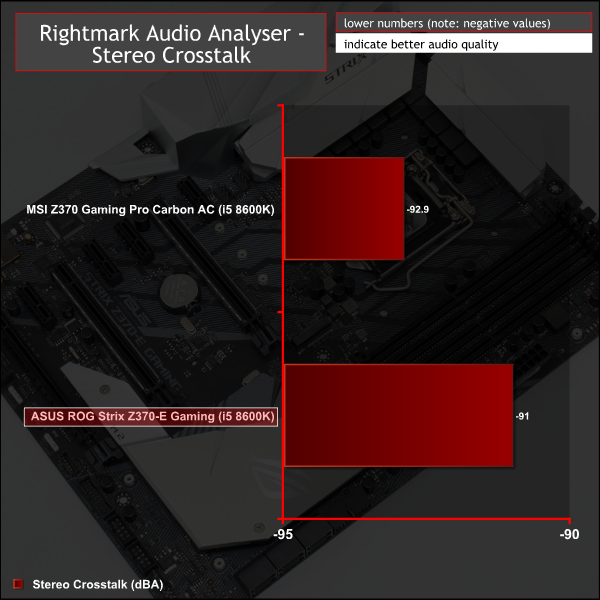 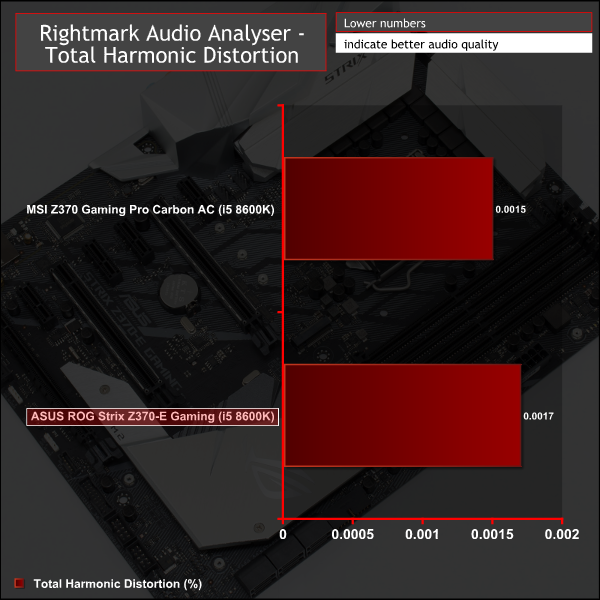 Audio performance is marked as Very Good overall with 6 Excellent, 1 Very Good and 1Good. ASUS scored well using the Realtek ALC1220 codec, which has been a mainstay of Z270, X299, X370, X399 and other high-end motherboards for a while now. The MSI motherboard came out narrowly ahead in our testing but there’s very little to distinguish between the two.