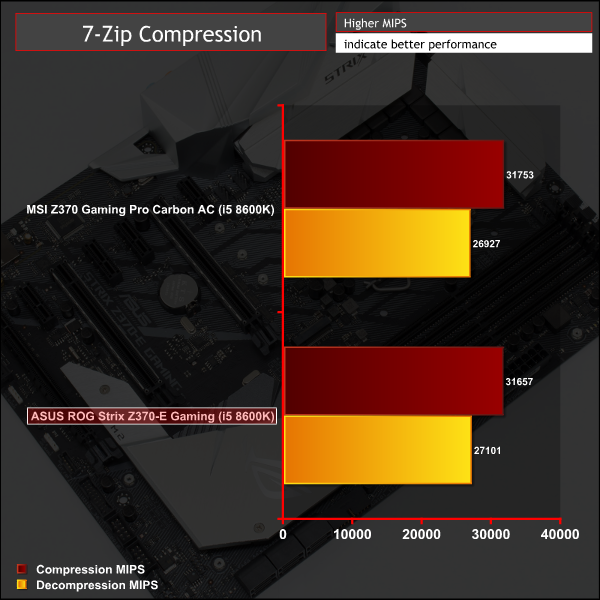 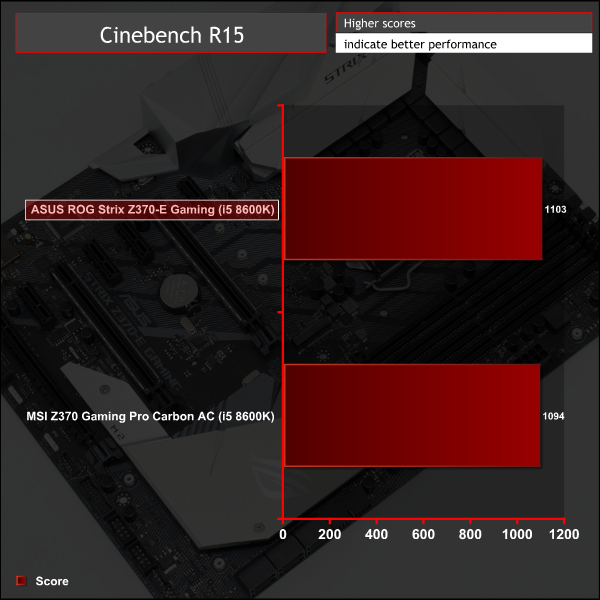 SiSoft Sandra 2017 is a multi-function utility program that supports remote analysis, benchmarking and diagnostic features for PCs, servers, mobile devices and networks. We run the application’s processor arithmetic test to gauge the CPU performance on each tested motherboard. 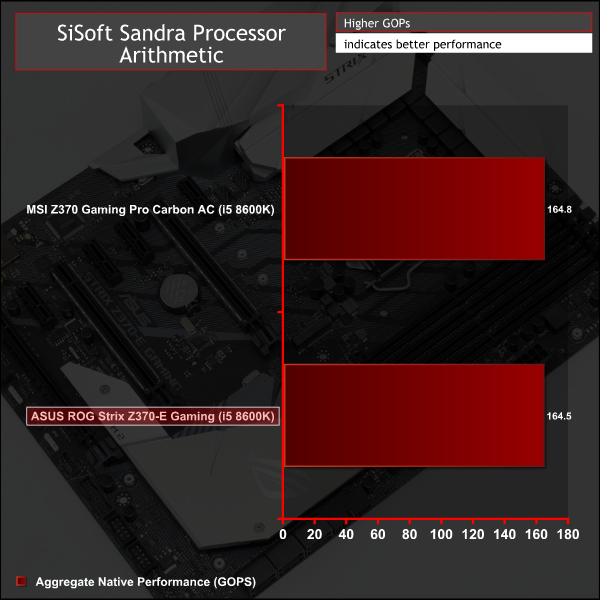 CPU performance is surprisingly potent with Intel’s new 6-core i5 8600K. There may be no Hyper-Threading on offer with the i5 but the numbers still look good thanks to the extra two cores and high turbo frequency of 4.3GHz. There is minimal variation between motherboards on test too, which is what we’d expect to observe.

For reference previous Z270 motherboard reviews with the i7 7700K @ 4.5GHz all-core turbo (in a slightly different configuration, mind) scored around 1000 Score in Cinebench R15 and 152 GOPS in SiSoft Sandra CPU Arithmetic. Total “CPU Grunt” for this i5 8600K is therefore higher than the i7 7700K and that lead gets even bigger with overclocking considered.