To test the Gigabyte B450 Aorus Pro motherboard’s CPU overclocking potential, we set the CPU core voltage no higher than 1.4V and push for the highest stable clock speed. We maintain the DRAM frequency at 3200MHz to take memory stability out of the overclocking equation. Once the highest clock speed for 1.4V is achieved we see if there is potential to reduce the voltage while maintaining system stability. 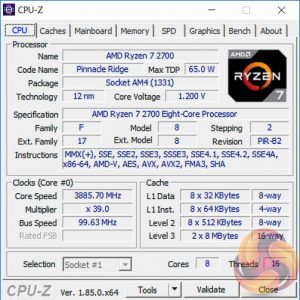 Overclocking with the Gigabyte B450 Aorus Pro was a distinct disappointment as the restrictions within the UEFI meant we weren’t able to increase the voltage higher than 1.2v. We’d normally push towards 1.4v to achieve the best possible clock speed – around 4.1GHz.

Gigabyte permits only a positive offset for the VCore voltage of +0.204v, given the base value is 1.0v the maximum final achievable voltage is about 1.2v. With a 1.2v limit we were only able to achieve 3.9GHz, 0.2GHz lower than normal. This restriction was present with both F1 and F2 revisions of the UEFI.

Based on other reviews of this motherboard present online, it seems that the same restriction is not present when using the Ryzen 7 2700X. However, when that CPU is used more voltage is possible, up to 1.4v, although the VRM does seem to get quite toasty in that scenario.

From our testing, even using a modest 1.2v on the vCore, the efficiency had already fallen to approximately 76 per cent (down from 92 per cent at stock) resulting in 25-watts of heat output. Therefore, under higher vCore voltages we’d expect the heat to increase and the efficiency to get worse, thus it’s easy to see where overheating issues could originate from when using a Ryzen 7 2700X. 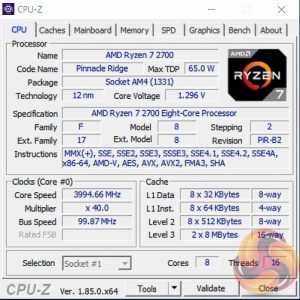 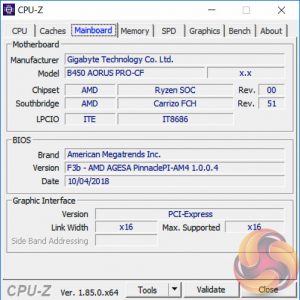 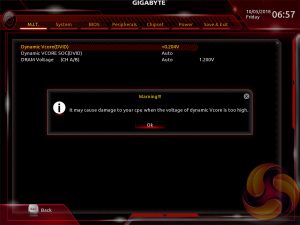 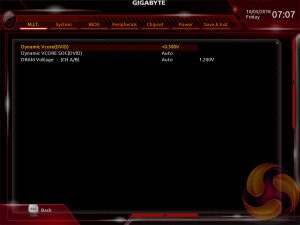 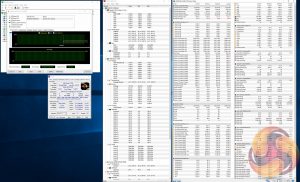 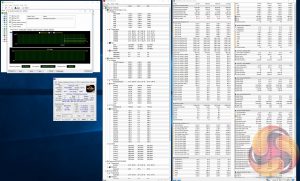 According to Gigabyte’s own monitoring application (Gigabyte System Information Viewer) the sensors correspond to the following components:

Based on this information the CPU VRM was 51 degrees Celsius at stock and 63 under overclocked load, the SOC VRM went from 45 to 49.

The VRM does not get hot but with a voltage limit of 1.2v that’s hardly an achievement. 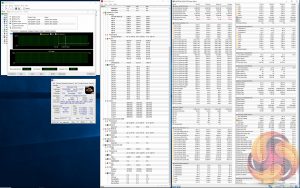 With the new UEFI permitting higher voltages those temperatures increase slightly, the CPU VRM rises to 70 and the SOC VRM to 50, both are still comparatively low temperatures. 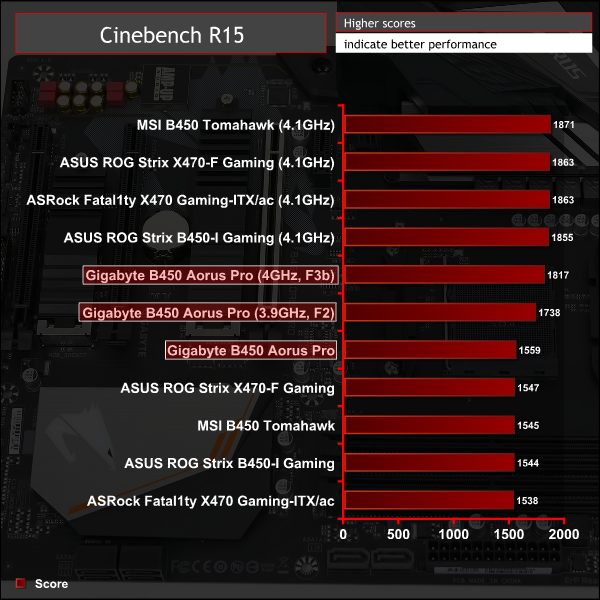 Performance scales as expected with frequency and voltage. 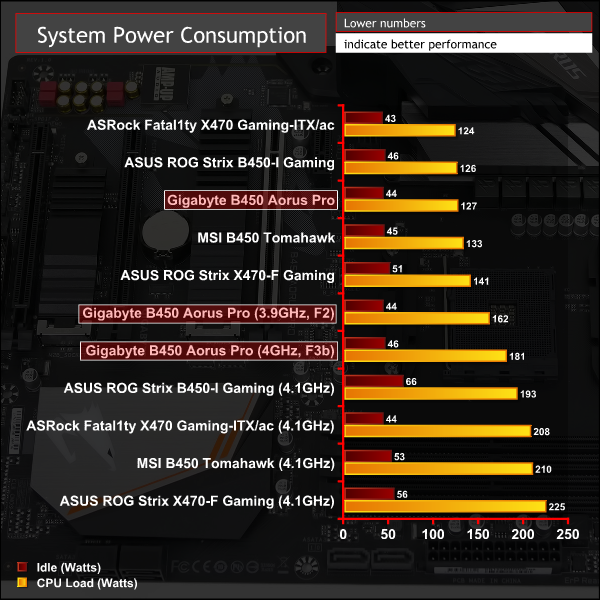 System power consumption was fairly typical at stock and lower than usual at overclocked, reflecting the artificial 1.2v vCore limit. With the new F3b BIOS version permitting up to 1.3v vCore, power consumption jumped by an extra 20-watts. 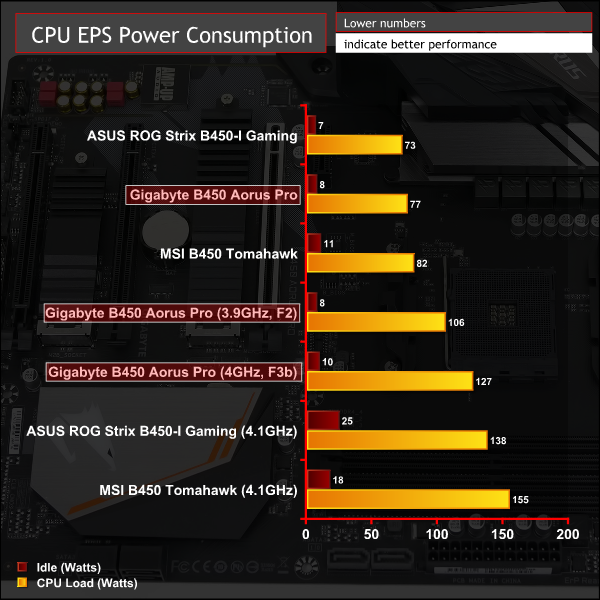 Stock CPU power consumption represents approximately 21% for idle and 68% for load of the system total, when adjusted for PSU efficiency*.

Overclocked CPU power consumption represents approximately 21% for idle and 73% for load of the system total, when adjusted for PSU efficiency*.