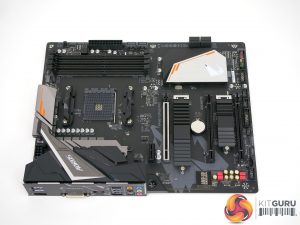 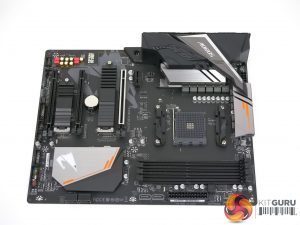 The design and styling of the Gigabyte B450 Aorus Pro is smart, using predominantly black and grey colours with hints of silver and orange to give it the “Aorus flair”. 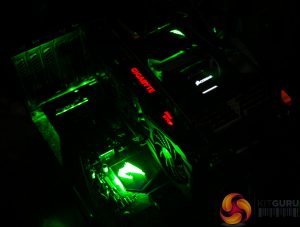 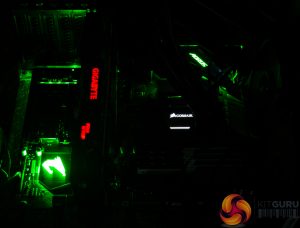 The integrated RGB lighting is bright and easy to control using the provided software. Lighting is provided in three zones – the B450 chipset heatsink, audio PCB and rear I/O shroud. 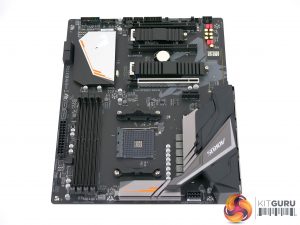 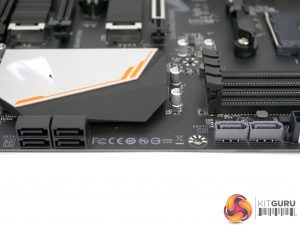 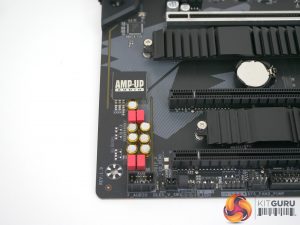 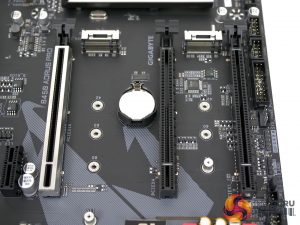 The two M.2 slots both feature an M.2 heatsink which is a nice touch at this price point. Both slots support PCIe SSDs but M2A will support PCIe 3.0 X4 or SATA III up to 110mm, whereas M2B supports only PCIe 3.0 X2 up to 80mm.

The audio package uses the latest high-end Realtek ALC1220 codec along with WIMA FKP2 and Chemicon audio capacitors, there is a headphone amplifier built into the codec package. 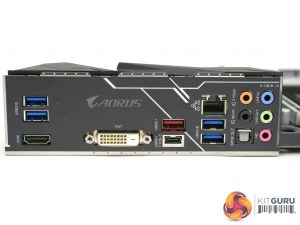 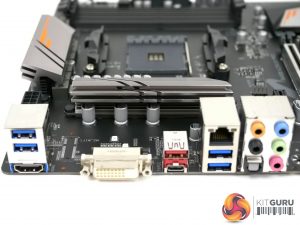 The rear I/O features an integrated cover and has the following outputs: 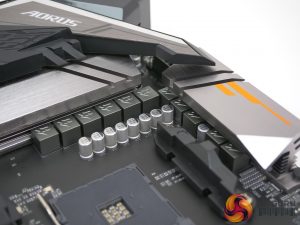 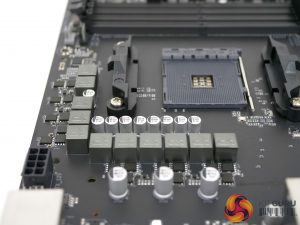 The CPU VRM uses an interesting 4+3 phase design that’s definitely not 8+3 phases, but is still sufficient for the price point. The provided heatsinks are of adequate size but will inevitably have restricted airflow as a result of the cosmetic rear I/O shroud used to enhance the appearance of this motherboard. 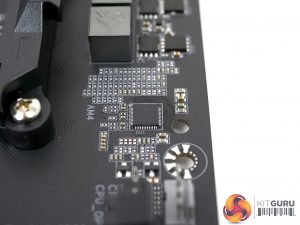 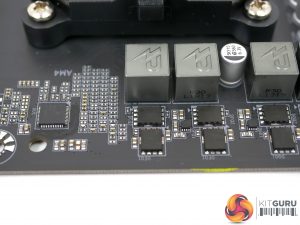 Gigabyte is using an Intersil ISL95712 4+3 phase controller with the B450 Aorus Pro. In this particular configuration there are 2 inductors per phase for the VCore VRM and a single inductor per phase for the SOC VRM. Each VCore VRM phase has two low-side and one high-side MOSFET while the SOC phases have single high and low-side MOSFETs. 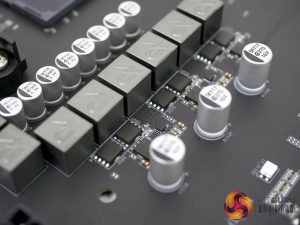 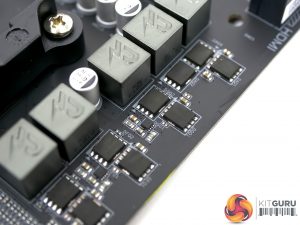 The capacitors appear to be 5K (5,000 hours durability) rated units, which are some way below the 12K capacitors often found on overclocking capable motherboards.

On the whole the VRM solution is entry level in terms of the capacitor and MOSFET selection, as well as the overall VRM structure. From previous KitGuru VRM analyses we found the MSI B450 Tomahawk to offer a better quality solution, while ASRock delivers the ISL95712 controller implementation better on the X470 Fatal1ty Gaming-ITX/ac in terms of MOSFET and capacitor selection.

That said the MSI B450 Tomahawk made sacrifices in other areas and the ASRock motherboard is considerably more expensive. On the whole the solution should be sufficient for the price point and the typical user in this segment. 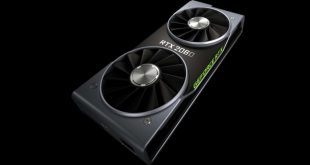 At CES 2021, Nvidia unveiled the RTX 3060 but as Ampere supply continues to struggle …