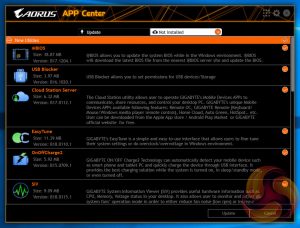 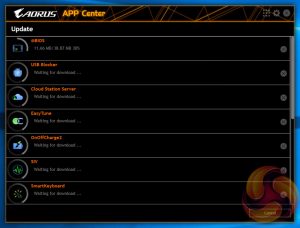 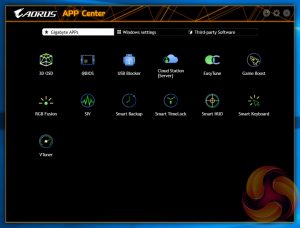 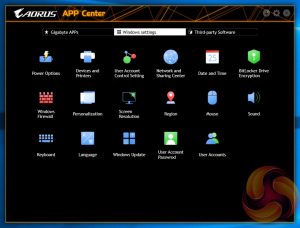 Gigabyte’s App Center is still the best of the bunch as far as the unification of the vendor software ecosystem is concerned, though MSI has certainly caught up with MSI App Manager. Gigabyte App Center tracks all installed Gigabyte or supported third-party applications and allows you to install any Gigabyte or supported third-party application with a single click.

The fact Gigabyte has too many software utilities still remains, but the chaos is somewhat manageable which goes a long way towards allaying those concerns. 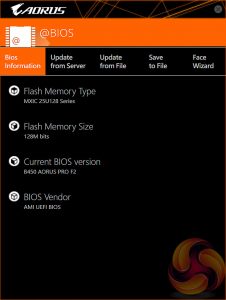 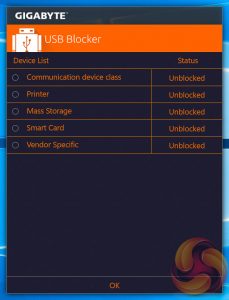 @BIOS is Gigabyte’s within-Windows BIOS updating utility, and while it seems to work okay, given the risks of updating from within a Windows environment we’d recommend using the UEFI Q-Flash utility. In any case, it’s slick enough and very easy to use. BIOS setup allows some of the parameters of the BIOS to be set from within Windows.

USB blocker allows the USB ports to be blocked at the software level as a security measure, more of “corporate IT” feature than something the average home user might tinker with. 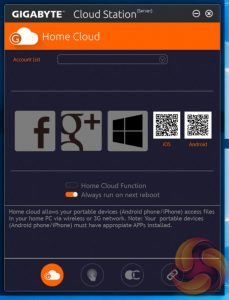 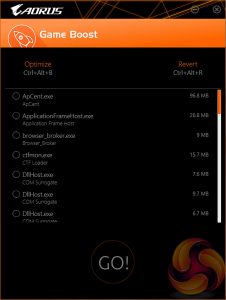 Gigabyte Cloud Station Server and Home Cloud allow the PC to be re-purposed for “cloud” functionality such as file sharing and streaming and rebroadcasting the onboard WiFi as a hotspot. There are also a whole bunch of other functionality and desktop interactions available from the partnering mobile app. 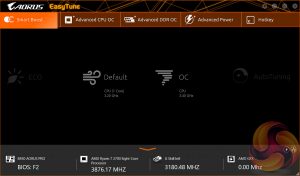 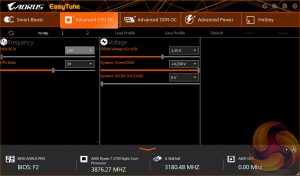 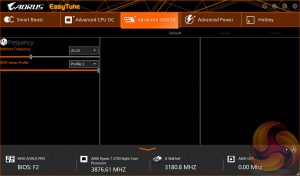 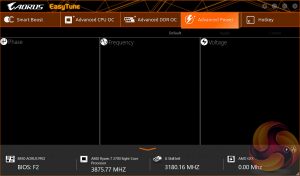 Gigabyte EasyTune is the go-to software for on-the-fly performance tuning and automated overclocking. 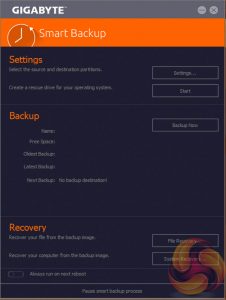 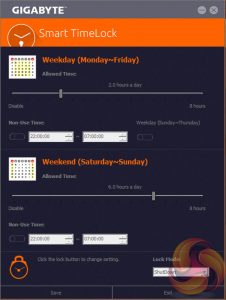 Smart TimeLock enables usage restrictions to be set for the PC, like USB blocker this is a corporate IT type feature. Smart Backup puts runs backup schedules for the system but probably just makes use of the built in Windows backup utilities. 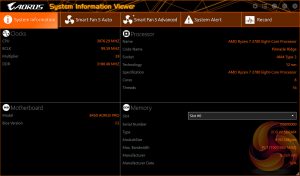 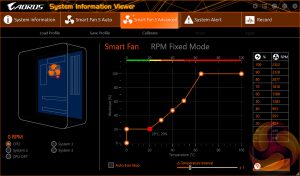 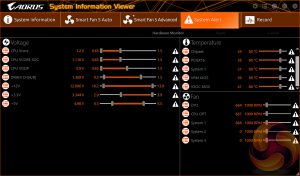 System Information Viewer (SIV)  allows for fan auto-tuning and monitoring of various system parameters. In the past we’ve found SIV well worth installing for its fan tuning capabilities alone. It will also show you the temperatures of the VRM MOSFETs which is a particularly topical monitoring parameter for overclockers these days. 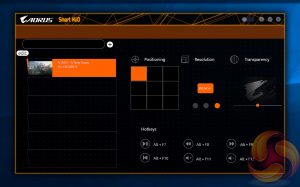 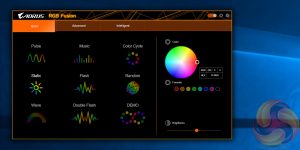 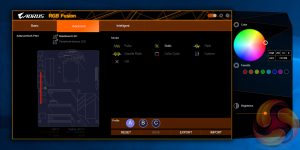 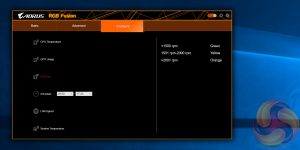 RGB Fusion is Gigabyte’s LED software that will let you manage the onboard RGB LED zones or connected digital or RGB LED strips. There are three tabs – basic, advanced and intelligent – which hold different levels of granularity and control. The advanced tab will allow you to control the motherboard and strips independently of each other while in the basic tab changes of colour and lighting pattern will be automatically applied to all controllable LEDs.

Intelligent is a mode Gigabyte has added since the Intel Z270 launch that changes colour based on a number of system parameters such as fan speeds, CPU temperatures or even LAN speed.

In this version of RGB Fusion we were unable to control the RGB-ready Gigabyte GTX 1080 G1 Gaming, despite this having worked and been supported in previous versions of RGB Fusion on previous Gigabyte motherboards. 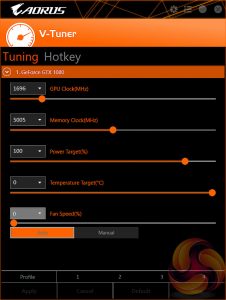 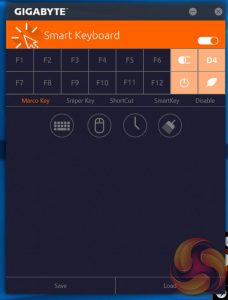 V-Tuner is Gigabyte’s equivalent of MSI Afterburner and is a graphics card overclocking utility. Smart Keyboard is a software-level keyboard Macro system. 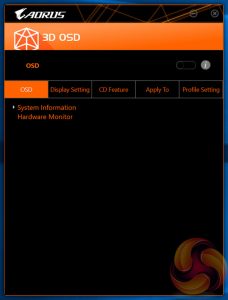