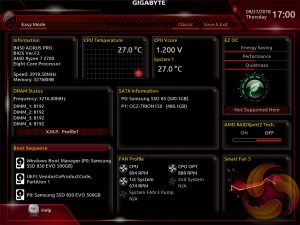 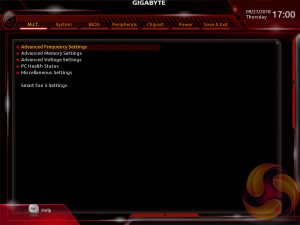 Gigabyte’s UEFI for the Intel-300 and AMD 400-series matches the same style used on its Intel 200-Series and AMD 300-Series products. It represented quite a significant change over previous generations of Gigabyte motherboards (Z170, X99, for example) when it was introduced but has now settled to become the new norm for the company. 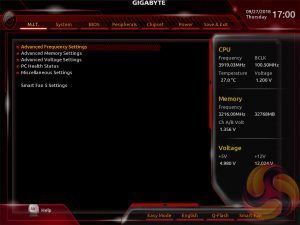 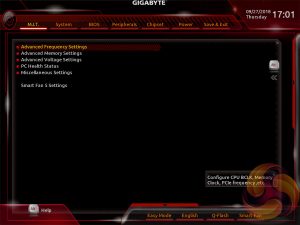 There are additional windows to the right and bottom that can be expanded by hovering near or clicking on the appropriate arrows. By pressing “Alt” a descriptive text summary for each parameter will be displayed as you navigate around the UEFI environment. 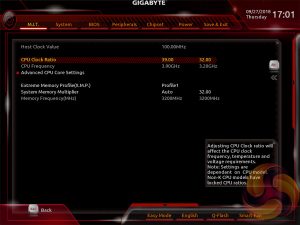 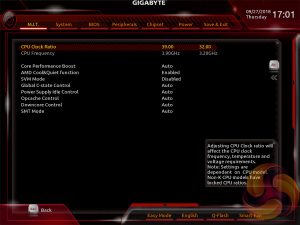 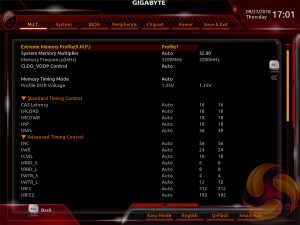 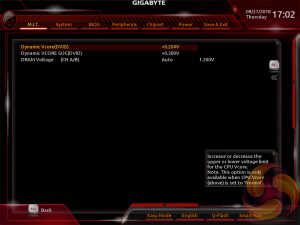 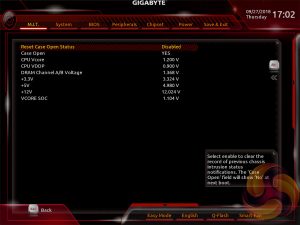 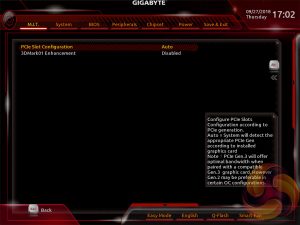 The fact the user has to keep tabbing back and forth between the various menus of the M.I.T makes the tweaking process a little tiresome. Gigabyte could still consider a more user-friendly layout that involves less menu management by simply presenting more options on each page with less nested sub-menus.

The overclocking capability within the UEFI for this particular motherboard is surprisingly constrained – there is no Load Line Calibration (LLC) or different voltage operation modes. In fact all that is available is a CPU VCore offset, up to +0.204v, and an SOC offset up to +0.300v. In testing this meant a voltage limit of 1.21v on the CPU VCore for the Ryzen 7 2700 which means a roughly overclocking limit of 3.7~3.9GHz, whereas most CPUs should be cable of 4~4.2GHz with more voltage, such as 1.375v. The overclocking capabilities are disappointing. 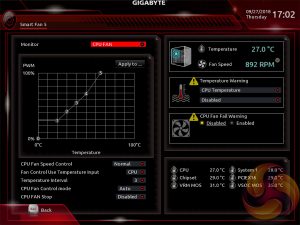 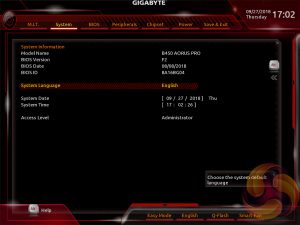 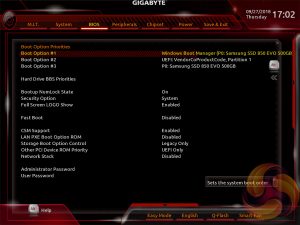 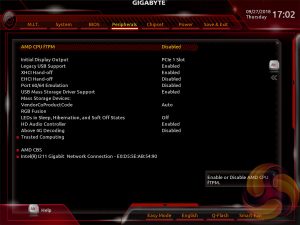 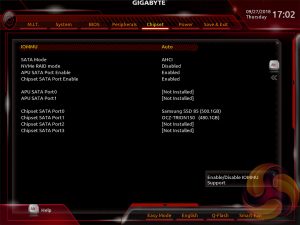 Peripherals and Chipset tabs contain all options pertaining to other hardware on the motherboard that isn’t the CPU or DRAM. USB, NVMe, LAN, Audio, SATA and a number of miscellaneous troubleshooting and compatibility settings are found in these two tabs. 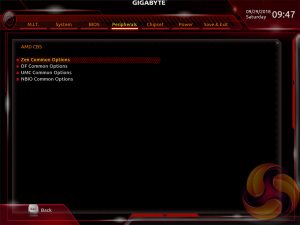 For AMD platforms, such as this B450 motherboard, the AMD CBS section can be found within peripherals. 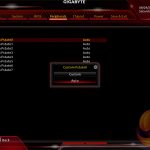 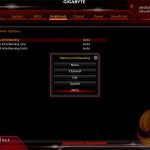 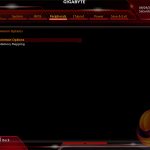 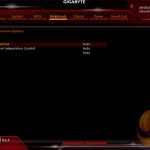 Within the AMD CBS section are four separate sub-menus of options specific to the Ryzen CPU and its functionality. 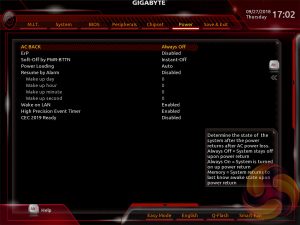 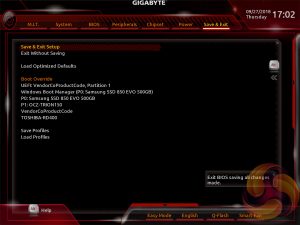 The Power tab has some obscure power settings that might be better integrated into one of the other sections. Save and Exit contains boot override settings, which should probably be integrated into the BIOS tab, and the load and save function for BIOS settings.

We also noticed there seemed to be no summary of changes made in the session upon exit, which can make it confusing to remember exactly what has been changed and whether those changes require saving or discarding. 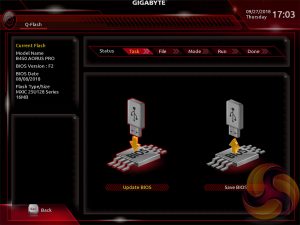 The Gigabyte Q-Flash BIOS update utility sits in its own interface separate from the main UEFI, and is a rather tidy implementation that works well.

Super Smash Bros. Ultimate’s next fighter to be announced today