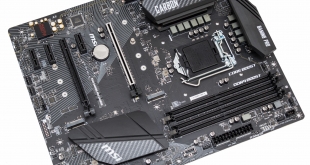 There are many suitable alternatives to Z370 motherboards for prospective buyers of Intel 8th-generation “Coffee Lake” processors. KitGuru has already assessed a number of H370 motherboards and today we are examining the B360 chipset, specifically MSI’s B360 Gaming Pro Carbon, pitched as a more affordable but slightly cut-back variation of H370. 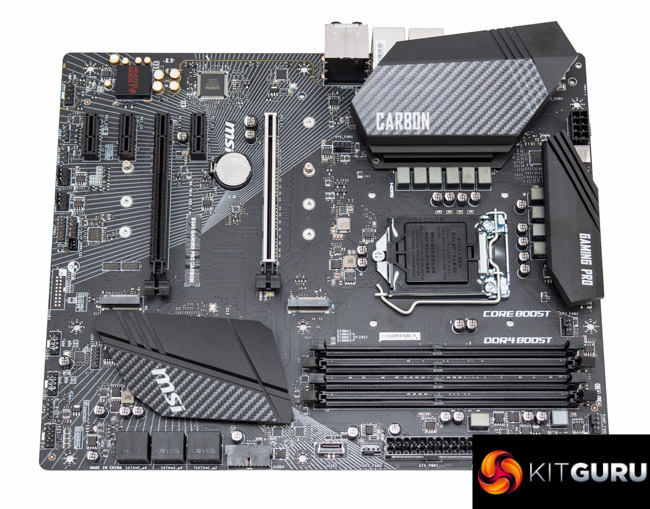 B360, like H370, has notable feature limitations like no support for CPU overclocking or multiple graphics card configurations (from CPU PCIe lanes) as well as memory frequencies being limited to 2,666MHz. In essence, B360 is targeted at a desktop user with a locked Core i3, i5 or i7 CPU, single graphics card and a modest configuration of system memory and storage.

That said, the ability to deploy a locked Core i3, i5 or i7 along with a single high-performance graphics card, 16GB of RAM and a couple of SSDs of SATA and PCIe type is still going to deliver a high-performance computing experience for the vast majority. We’ve seen from Z370 motherboard reviews that the performance gains from CPU overclocking are noticeable, but not game-changing, with there being enough performance available from Intel’s stock turbo behaviour.

These feature reductions are fairly trivial compared to H370 and will hardly impact the typical desktop user with a handful of storage and USB devices, which means B360 is a stronger value for money candidate than H370. MSI plays to the affordability advantage of B360 with the B360 Gaming Pro Carbon by delivering a well-specified Gaming motherboard at a modest price – just £113.