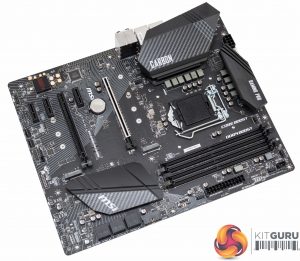 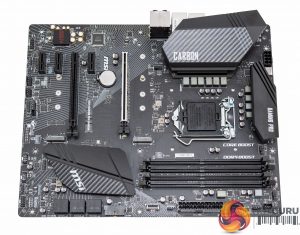 MSI’s B360 Gaming Pro Carbon uses a neutral black and grey colour scheme with user-customisable colour available through the onboard RGB lighting. The ‘Carbon’ in the product naming denotes the carbon fibre-style wrap applied to the CPU VRM and chipset heatsinks. The PCB is all black with some interesting grey line detailing printed in the two lower corners. 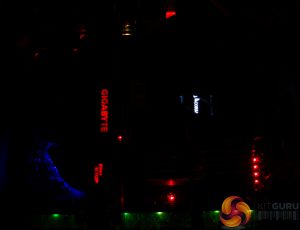 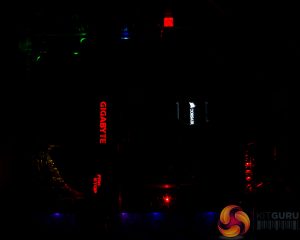 The onboard RGB lighting is provided in three main zones:

There’s also optional RGB headers for strips of type 12v (GRB) and 5v (Digital) as well as specific connection for Corsair RGB products (LED RGB STRIP and/or HD RGB FAN), all controllable in the MSI Mystic Light Application. A fourth LED Zone. MB Function LED, is present near the memory lanes but has limited functionality as it can only be set to red, but thankfully it can be turned off. 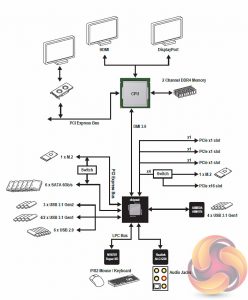 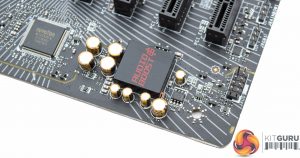 The audio is provided by a shielded Realtek ALC1220 audio codec, packaged as Audio Boost 4, with a Texas Instruments OPA1652 amplifier and Nichicon Fine Gold (FG) Series audio capacitors all sitting on an isolated PCB segment.

The rear I/O is generous enough for the market segmentation of the motherboard. It includes ample USB of 2.0, 3.0 and 3.1 speeds with a Type-C connection, a legacy PS/2 for peripherals, a couple of modern display outputs, complete analogue and digital audio connections and Gigabit Ethernet. 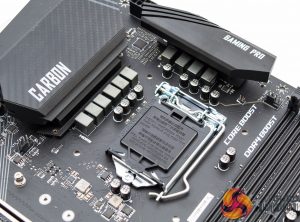 The CPU socket has direct access to two fan headers with a couple of system fan headers nearby for CPU coolers needing more than two headers. The CPU VRM is powered by a single 8 pin EPS connection and has two heatsinks for passive cooling. 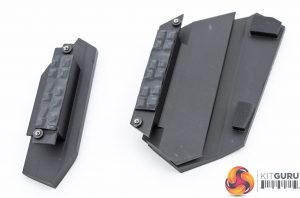 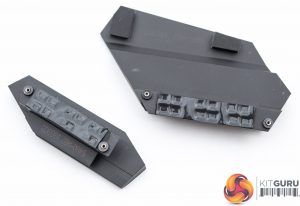 Those heatsinks are both aluminium blocks painted black and with thermal pads for contact with the MOSFETs. They are big enough to keep the VRMs at acceptable temperatures given that overclocking is not possible on the B360 chipset. 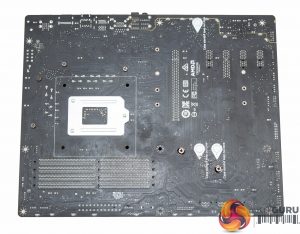 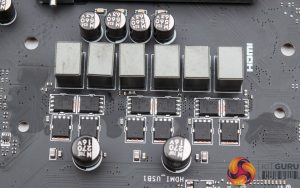 The CPU VRM uses a Richtek RT3607BC controller which supports up to 4+2 phases, vCore + iGPU, according to the manufacturer.

We’d usually expect to see doublers in this scenario allowing each vCore phase to use one inductor, one low- and one high-side MOSFET, so it is rather unusual.

The MOSFETs being used are ten Sinopower SM4337 and twelve Sinopower 4503NH for the high- and low-sides, respectively. There are 10 inductors, eight marked TR42 (vCore) and two marked TR22 (iGPU). MSI claims to be using Japanese capacitors, though the endurance is not specified and they are not easily identifiable. The black and grey style indicates they are probably Nichicon made.

The CPU VRM solution is not the best we’ve seen for a motherboard supporting Coffee Lake CPUs at this price point (see for instance the ASRock Fatal1ty H370 Performance), but keeping in mind the lack of CPU overclocking there’s certainly nothing to be concerned about here. 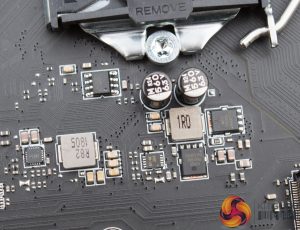 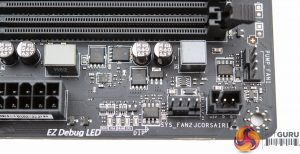 There are a couple of power rails located below the CPU socket for VCCSA and VCCIO including a GStek GS7133 driver and NIKOS MOSFETs.

The memory VRM is likely a single phase solution and it uses a number of NIKOS MOSFETs.