To test the MSI Z370 Gaming Pro Carbon AC motherboard’s CPU overclocking potential, we set the CPU VCore no higher than 1.3V and push for the highest stable clock speed. We maintain the DRAM frequency at 3200MHz to take memory stability out of the overclocking equation. Once the highest clock speed for 1.3V is achieved we see if there is potential to roll back on the voltage while maintaining system stability. 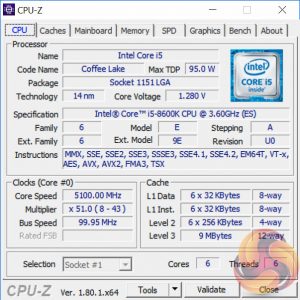 CPU overclocking results are impressive for the Coffee Lake CPUs on Intel’s Z370 platform, 5 GHz is fairly easy to achieve with a good liquid AIO cooler like the H100i V2 on our test bench. For the purposes of making the results useful and realistic we decided to limit the voltage to something considered safe for normal 24/7 operation – 1.3 volts.

With that voltage limit in mind we pushed as far as we could and found that the system would boot into the desktop at 5.2GHz with 1.3 volts but was not stable under sustained load. At 5.1GHz it was fully stable though we found we could back off to 1.275 volts and it was still stable. Further backing off to 1.25 volts lead to instability so we settled on 5.1 GHz (51 x 100) on the i5 8600K with 1.275 volts, core voltage override mode and Auto Load Line Calibration. 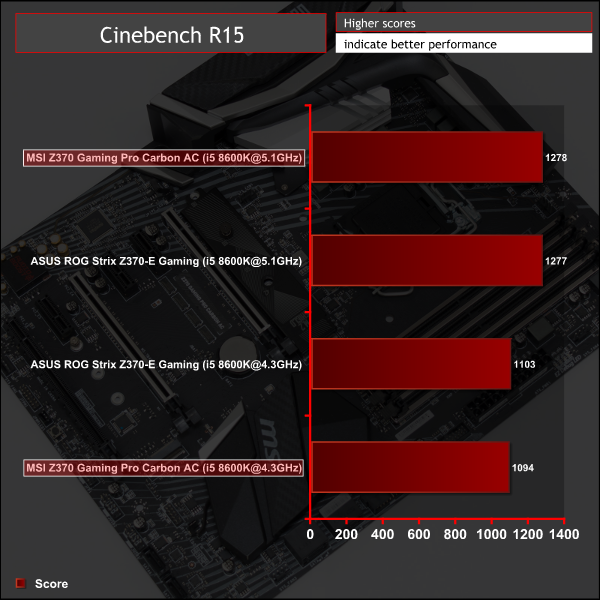 Overclocked performance is impressive with a 15 per cent boost to overall performance with a safe 24/7 voltage. This i5 8600K has 0.8GHz per core additional headroom even after being used at its maximum Turbo frequency (4.3GHz) for “stock” benchmarking. 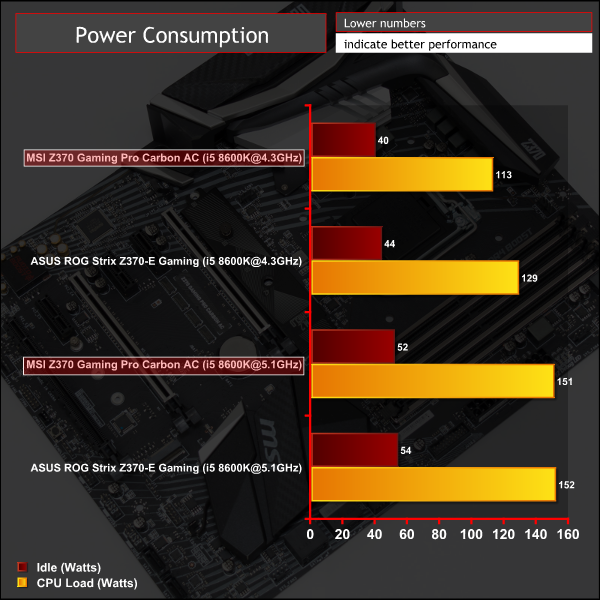 Power consumption in terms of idle and load varies insignificantly between motherboards which suggests both are equivalently kitted out in terms of additional controllers, the efficiency of the VRM solutions and configuration of auto-voltage regulation. There’s also a strikingly similar level of power consumption between Z370 with an i5 8600K and Z270 and an i7 7700K.