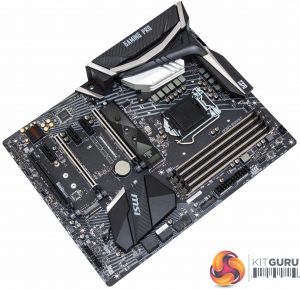 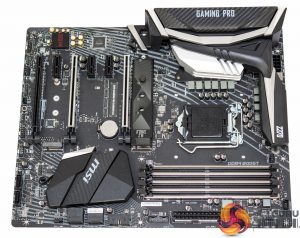 MSI’s styling with the Z370 Gaming Pro Carbon AC is pleasant and neutral with an aesthetic focus on black with silver accenting. The “Carbon” in the name is reflected with some carbon-fibre-style inserts on the rear I/O shield and chipset heatsink. 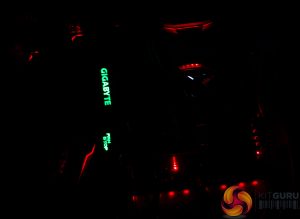 The RGB lighting on MSI’s board offers impressive coverage even if the brightness of the LEDs is a little on the feeble side. RGB lighting is configured on the rear I/O shield, chipset heatsink, audio PCB and in a strip along the right-hand edge of the motherboard (aligning to the 24 pin). 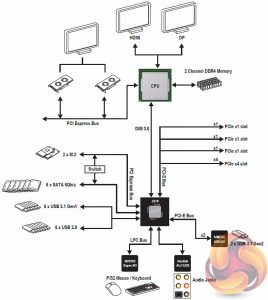 The block diagram is standard fare for a mid-range motherboard for Z270 and Z370. The CPU provides 16 lanes to two X16 PCIe 3.0 slots (16X/0X or 8X/8X) and the four memory channels, while the chipset effectively provides “everything else” including the third PCIe 16X slot (maximum bandwidth X4) and three PCIe 3.0 1X slots.

There is a fairly complex bandwidth sharing between the M.2 and PCIe that mean if you use dual M.2 ports as PCIe devices you are limited to four SATA ports. If you use only 1 PCIe M.2 device then all six SATA ports remain available.

MSI’s Z370 Gaming Pro Carbon provides a good level of overall connectivity for the chipset. Compared to a cut-down or entry-level Z370 board you get USB 3.1, extra M.2, better quality networking and audio and more full-sized PCIe X16 slots with better bandwidth sharing.

MSI provides debug LEDs for the Z370 Gaming Pro Carbon AC but there’s no code reader or onboard power/reset/clear CMOS buttons, such overclocking features are reserved for higher end motherboards. All the connectors seem to be slightly recessed in from the edge of the motherboard for some reason, perhaps because it inherits part of its core design from a different size motherboard.

Along the bottom of the motherboard are two of the six SATA ports strangely isolated from the other four which could make cable management tricky. There are two RGB ports located here – JRGB1 (5050, 12V) and JRAINBOW1 (WS2812B, 5V). The second 5050 (12V) RGB port sits next to the CPU EPS 8 pin and there’s also another 5V RGB port specifically for Corsair products, JCORSAIR1. 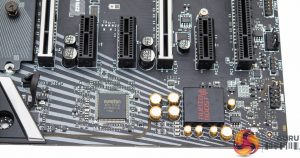 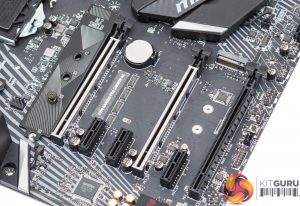 In the audio area MSI provides Realtek ALC1220 audio as part of the Audio Boost 4 shielded package. MSI’s audio components sit on an isolated PCB lit by an “RGB LED border”. Other audio features include de-pop protection, up to 600 ohms of headphone amplification (courtesy of Texas Instruments OP1562) and Chemicon audio capacitors (rated to 85 degrees Celsius).

The rear I/O is covered by:

There is no I/O mounted clear CMOS or BIOS flashback button, again such features are found higher up the MSI motherboard range. The WiFi is different in that MSI provides it via a PCIe add-in card rather than a solution that is embedded into the rear I/O. This means it is easy to take out if not required but similarly it means there are less PCIe ports available for other uses when populated.

Since MSI also has an identical SKU without the optional WiFi card there’s probably an element of it saving MSI money too and that cost is passed onto the consumer with the “non-AC” version being slightly cheaper. If you buy the non-AC version there also won’t be a strange gap in the I/O shield like may have occurred in the past.

That said most system builders will struggle to populate all PCIe slots these days when the quality of onboard networking and audio is so high, the fact MSI has put optional WiFi on a PCIe X1 card is therefore a non-issue. 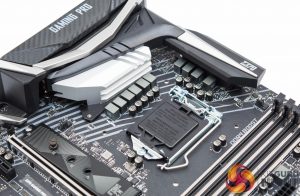 Power comes in through a single EPS 8 pin which is co-located with the second 12v G R B LED header. 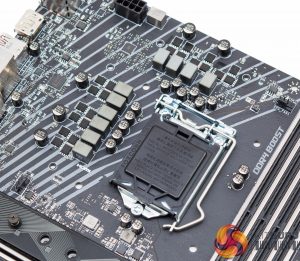 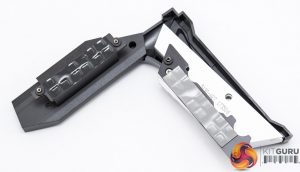 The VRM setup is not too dissimilar to that of the Z270 Gaming Pro Carbon with 10 phases for the CPU socket area. We identified a uP9508Q 3+2 (VCore+VccGT) phase PWM controller which is likely being doubled by a nearby uP1961S – both units are provided by uPI Semiconductor.

There are 12 NTMFS4C024N and 10 NTMFS4C029N MOSFET units on the high- and low-side, respectively, closely located to the CPU power delivery system, both provided by ON Semiconductor. 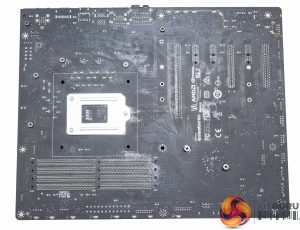 Underneath the motherboard reveals standard cross-head screws to remove all heatsinks and shrouds for easy maintenance. Our particular sample was covered with a smeary paste underneath which we hope isn’t standard fare for all units that roll off the production line, nonetheless it looks worse on the camera than it actually is.