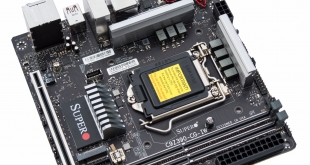 The mini-ITX form factor continues to get more powerful as competition between AMD and Intel has driven up processor core counts over the past few years. With Intel's newest Core i9 9900K it is now possible to pack 8 cores and 16 threads into a diminutive mini-ITX motherboard. More cores mean more power consumption so concerns about reliable power delivery and quality construction are paramount, concerns Supermicro hopes to allay with the SuperO C9Z390-CG-IW. 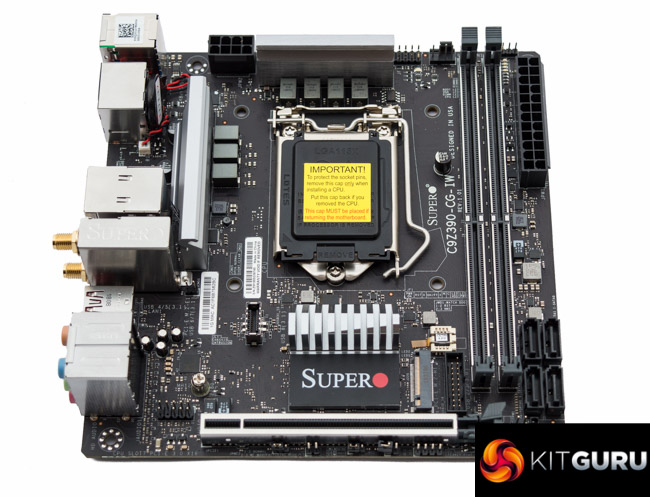 This isn't Supermicro's first foray into mini-ITX territory, just last year the company released the C7Z370-CG-IW, its Z370 mini-ITX motherboard. On close inspection the differences between its Z370 and Z390 mini-ITX offerings are few and far between, nonetheless, Supermicro has used Intel's Z390 chipset as an opportunity to refresh the VRM design and tweak some aspects of the layout.

As with most mini-ITX motherboards geared towards a gaming audience there's precious little space for differentiation and product segmentation. Supermicro adds RGB lighting and a touch of SuperO branding as well as companion SuperO Booster software for overclocking, but beyond that it could easily be a workstation motherboard.

The main highlight of Supermicro's Z390 option, compared to the Z370 predecessor, is the re-designed VRM for handling higher power-draw processors. Unlike the “big four” motherboard vendors (ASRock, ASUS, Gigabyte and MSI) Supermicro is able to implement genuinely different VRM designs for the consumer space. Likely due to its historical supplier relationships in the enterprise and server markets.

Prospective buyers can rest assured then that the Supermicro SuperO C9Z390-CG-IW will deliver on quality, but in the past it hasn't been component quality that has been Supermicro's Achilles' heel. Let's see how Supermicro gets on with another shot a conquering the consumer mini-ITX space.

Coming in at just over £100, these speakers are very reasonably priced. Take a listen and see what you think