The following graph shows the RM850x’s total performance rating, comparing it to other units we have tested. To be more specific, the tested unit is shown as 100 percent, and every other unit’s performance is shown relative to it. 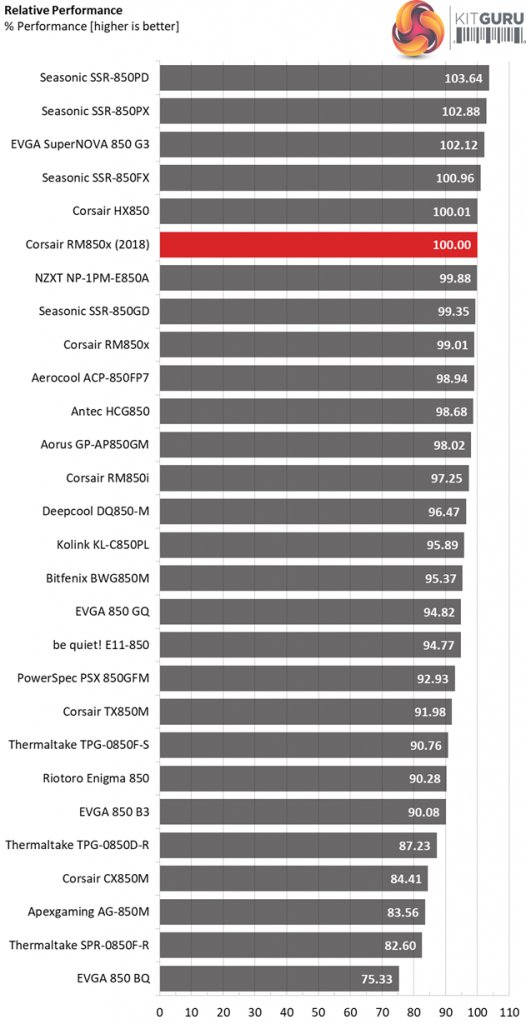 The overall performance of the new RM850x is a bit higher compared to the previous generation. In general the RM850x is highly competitive, easily meeting the competition eye to eye.

The following chart may be the most interesting to many of you because it depicts the product’s performance-per-dollar score. We looked up the current price of each PSU on popular online shops and used those prices and all relative performance numbers to calculate the index. Note that all of the numbers in the following graphs are normalized by the rated power of each unit. 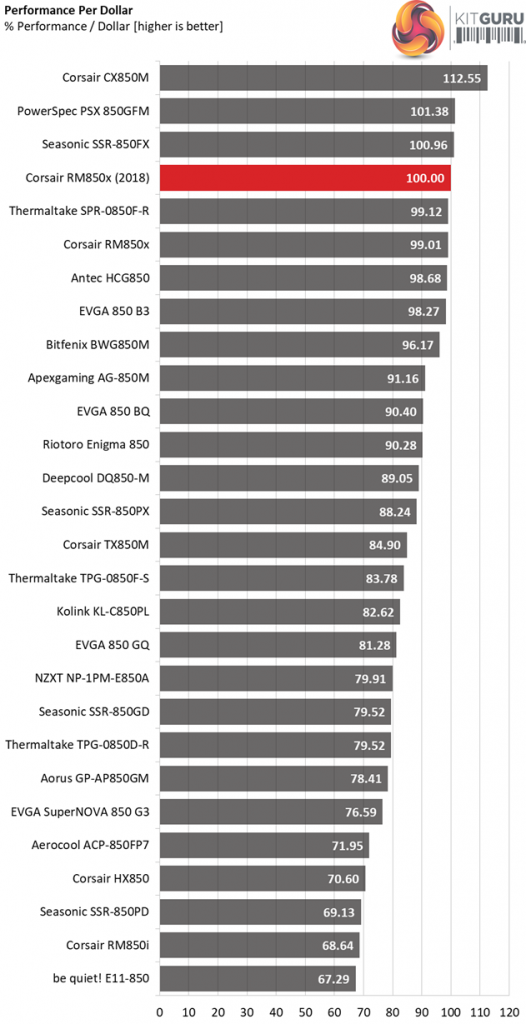 The pricing scheme is good in the US market, however in the UK the RM850x is much more expensive.

The graph below depicts the cooling fan’s average noise over the PSU’s operating range, with an ambient temperature between 30°C and 32°C (86°F to 89.6°F). 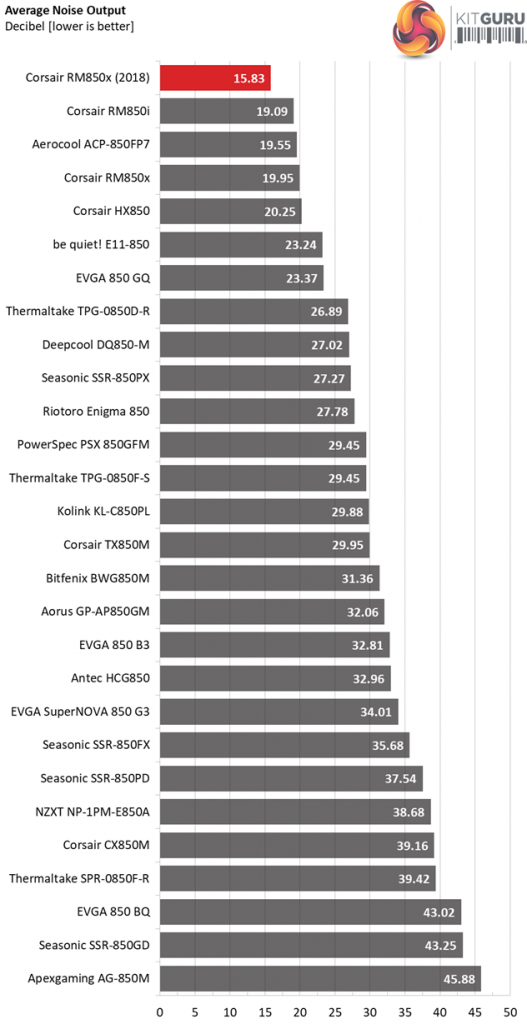 In the noise output section the new RM850x takes over the first place leaving competitors like the Seasonic Focus Plus Gold and the EVGA 850 G3 far behind.

The following graph shows the PSU’s average efficiency throughout its operating range, with an ambient temperature close to 30°C. 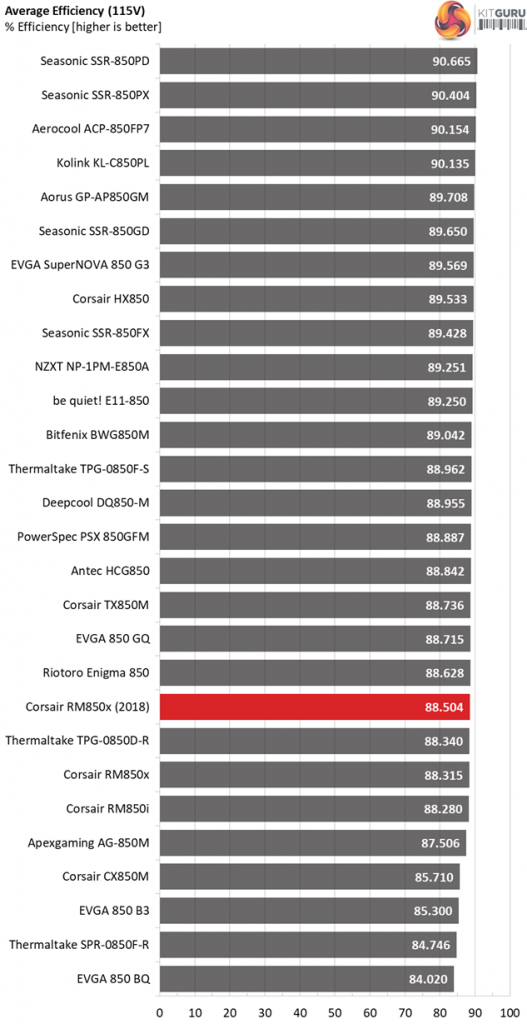 The new model is slightly more efficient than the old one. The SSR-850FX and the 850 G3, which are direct competitors of this product, perform better here however.