For details on our transient response testing, please click here.

These tests are crucial because they simulate the transient loads a PSU is likely to handle (such as booting a RAID array or an instant 100 percent load of CPU/GPUs). We call these “Advanced Transient Response Tests” and they are designed to be very tough to master, especially for a PSU with a capacity of less than 500W.

In all of the tests, we use an oscilloscope to measure the voltage drops caused by the transient load. The voltages should remain within the ATX specification’s regulation limits.

We should note that the ATX spec requires for capacitive loading during the transient rests, but in our methodology we chose to apply the worst case scenario with no extra capacitance on the rails.

The transient response at +12V is a bit higher than the competing offerings. We would be fully satisfied with a lower than 0.6% deviation on this rail. On the other side, the minor rails perform superb here, including the 3.3V rail which usually is the weak link in these tests.

Here are the oscilloscope screenshots we took during Advanced Transient Response Testing:

In the next set of tests, we measure the RM850x’s response in simpler transient load scenarios—during its power-on phase.

For our first measurement, we turn the RM850x off, dial in the maximum current the 5VSB rail can handle, and switch the PSU back on.

There is a tiny spike at 5VSB, while in the second test the rail takes quite some time to reach its nominal voltage. In any case there are no notable spikes or voltage overshoots. 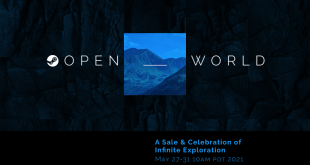