Our efficiency testing procedure is detailed here.
Using results from the previous page, we plotted a chart showing the RM850x’s efficiency at low loads, and loads from 10 to 110 percent of its maximum-rated capacity.

With normal loads the RM850x takes over the second place while with light loads it falls a little behind.

In the following tests, we measure the RM850x’s efficiency at loads significantly lower than 10 percent of its maximum capacity (the lowest load the 80 PLUS standard measures). The loads we dial are 20, 40, 60, and 80W. This is important for representing when a PC is idle, with power-saving features turned on.

It would be ideal if the registered efficiency with 20W load was closer or over 70%, while with 40W we would like to see above 80%. In all four light-load tests the PSU’s fan is not engaged. It needs much higher loads (and temperatures), for the fan to start spinning.

The 5VSB rail’s efficiency is close to the competition but still on the low side. It would be great to see at least one reading close to 80%.

The vampire power levels are very low, with both 115V and 230V input. 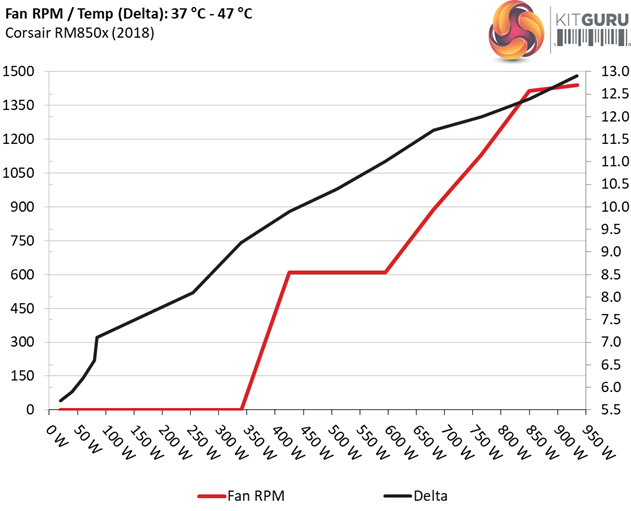 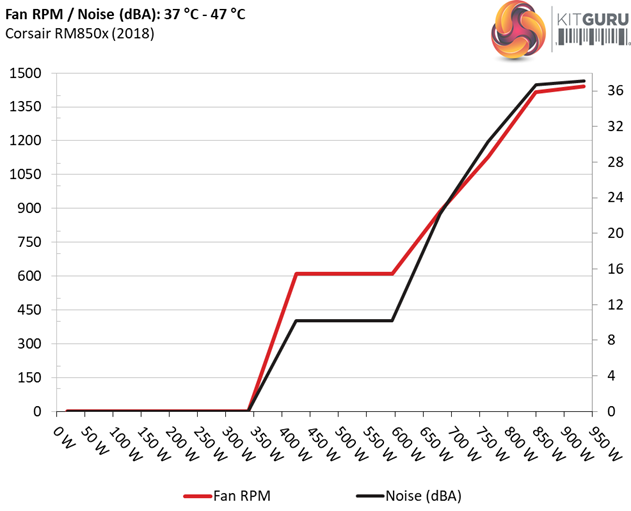 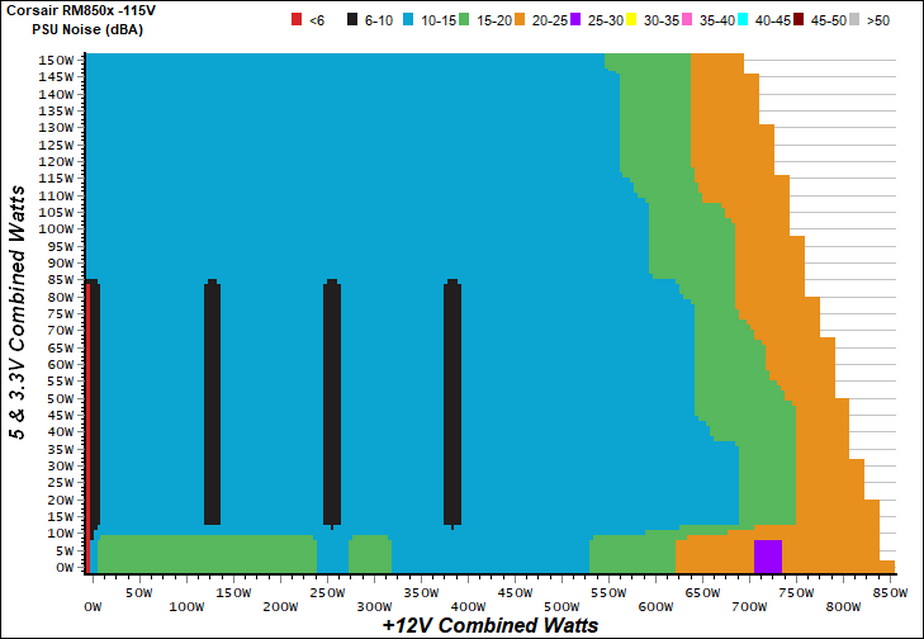