Our efficiency testing procedure is detailed here.
Using results from the previous page, we plotted a chart showing the DQ850-M’s efficiency at low loads, and loads from 10 to 110 percent of its maximum-rated capacity.

Under normal loads the DQ850-M is close to the competition and with light loads it performs better than the majority of its opponents, losing only to the Leadex II platform of the EVGA 850 G3 model.

In the following tests, we measure the DQ850-M’s efficiency at loads significantly lower than 10 percent of its maximum capacity (the lowest load the 80 PLUS standard measures). The loads we dial are 20, 40, 60, and 80W. This is important for representing when a PC is idle, with power-saving features turned on.

The efficiency is kept high even under light loads, while the lack of a passive mode doesn’t bother us, at all, since the cooling fan’s speed and noise are kept low.

Typically for a high-end CWT platform, the 5VSB rail’s efficiency is at good levels.

The power needs of this platform at standby are very low, regardless of the input voltage. 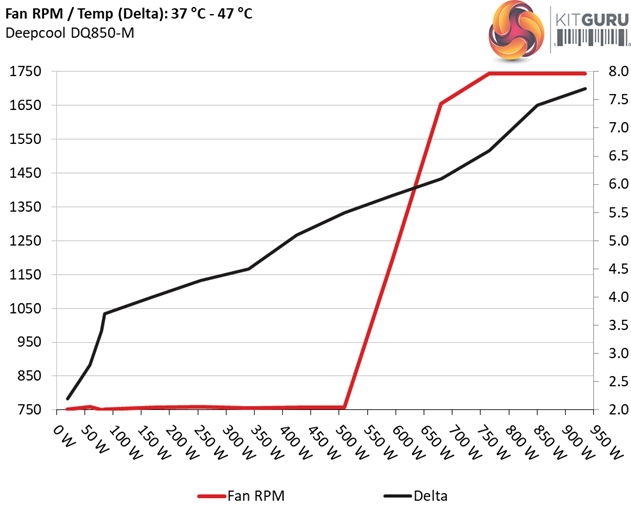 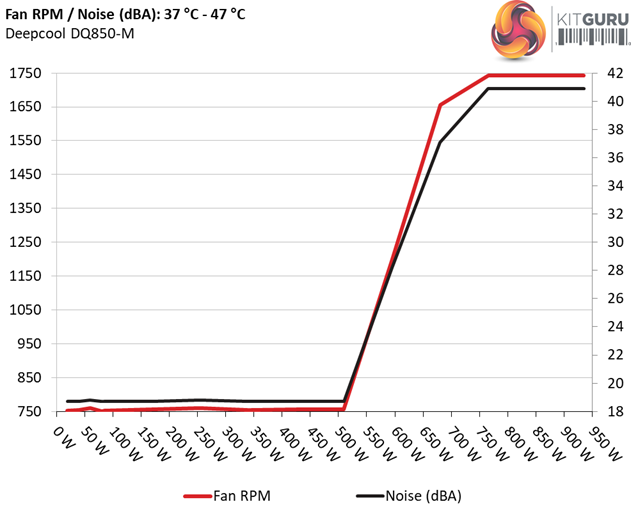 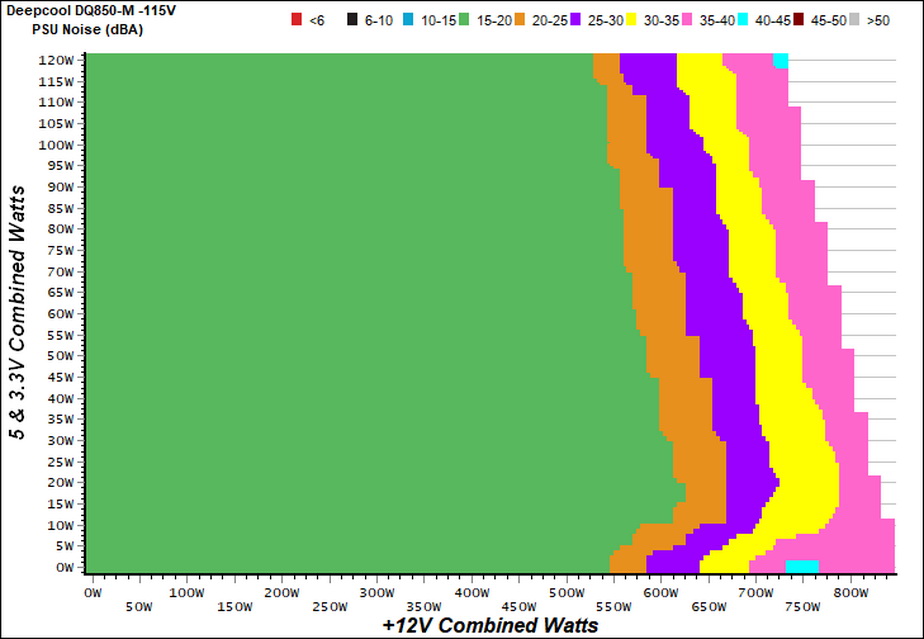