Cinebench is an application which renders a photorealistic 3D scene to benchmark a computer's rendering performance, on one CPU core, all CPU cores or using the GPU. We run the test using the all core CPU mode. 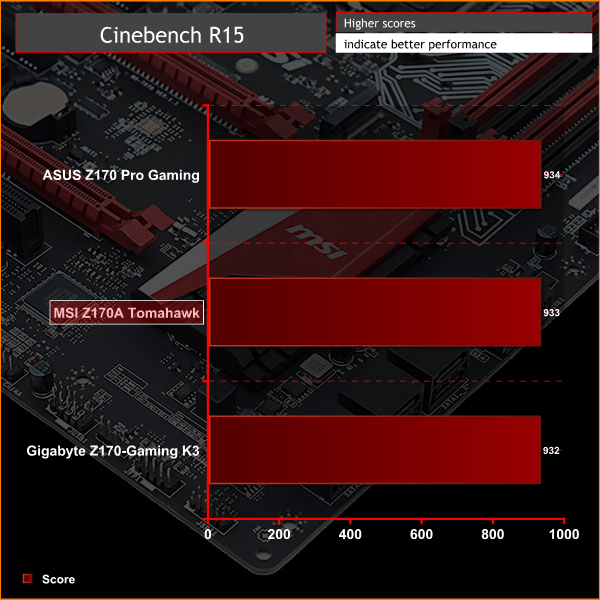 Handbrake is a free and open-source video transcoding tool that can be used to convert video files between different codecs, formats and resolutions. We use Handbrake to convert a short 720p into the Android preset built into the application. 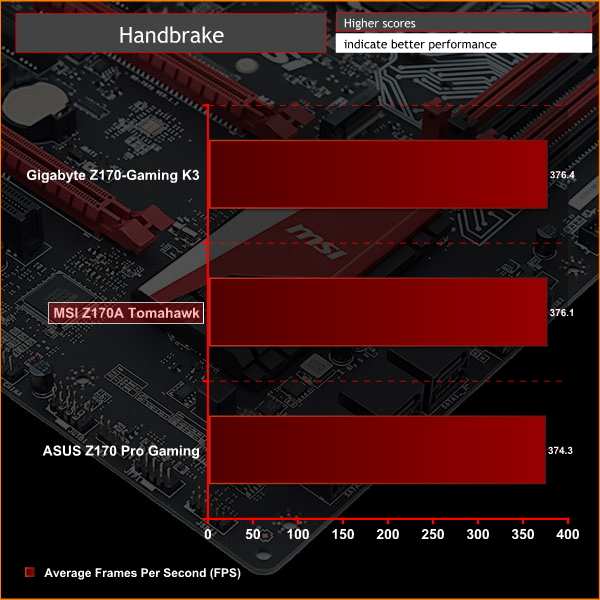 SiSoft Sandra 2016 is a multi-function utility program that supports remote analysis, benchmarking and diagnostic features for PCs, servers, mobile devices and networks. We run the application's processor arithmetic test to gauge the CPU performance on each tested motherboard. 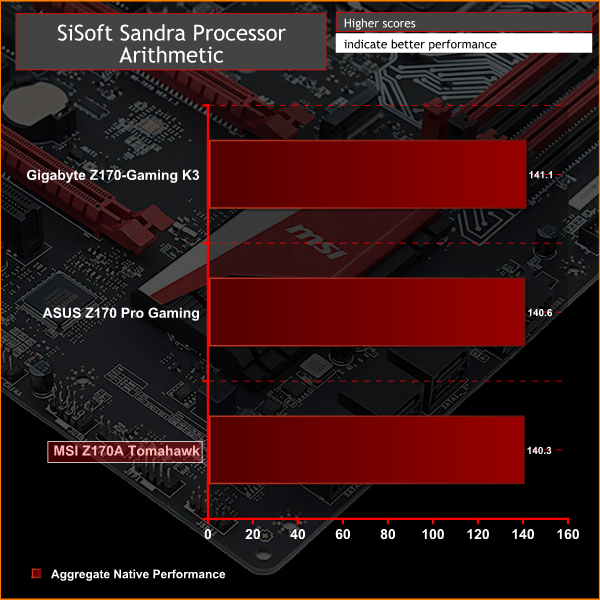 CPU performance is in-line with expectations for the MSI Z170A Tomahawk. In fact, CPU performance shows almost no variance between motherboard vendors as most critical system operations are handled on the CPU itself.