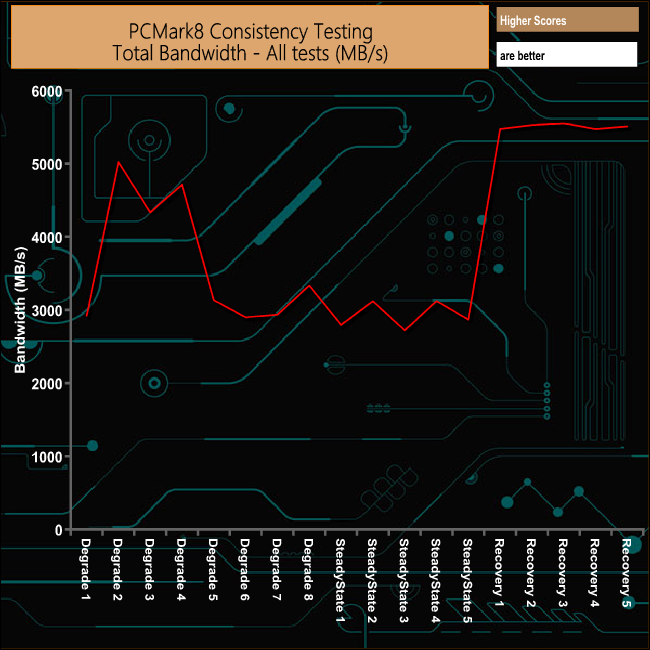 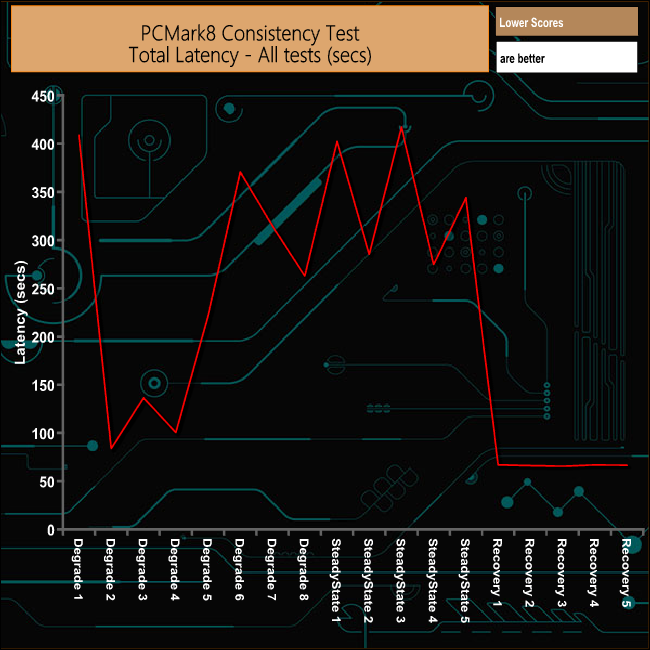 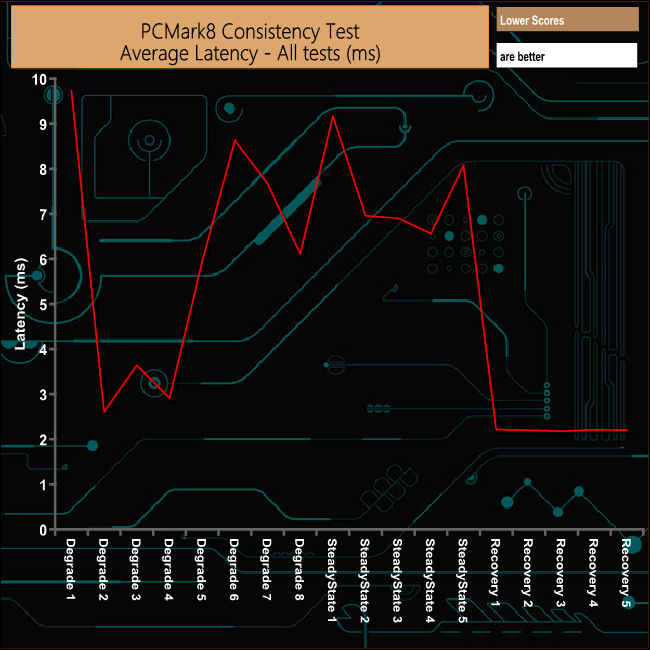 The MP500 takes quite a hit in performance in the latter stages of the degrade tests and during steady state testing, but the drives ability to recover its performance both in terms MB/s and latency is first rate.