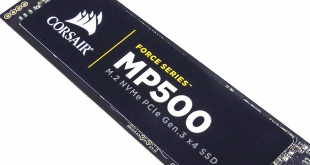 The storage arm of Corsair has been pretty quiet over the last few months; the last drive we looked at was the Neutron XTi high-end drive back in July 2016. But they are back with a bang at the sharp end with the Force MP500, the fastest SSD drive they have released to date. 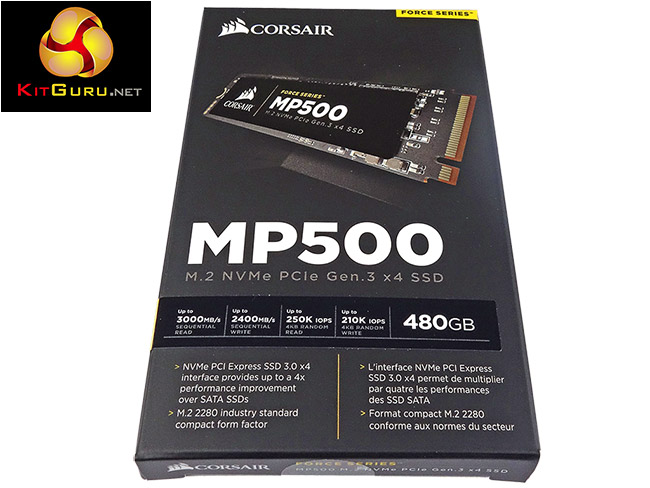 The M.2 2280 format Force MP500 uses a combination of NVMe architecture, a PCIe Gen 3.0 x4 interface, Phison PS5007-E7 controller and Toshiba 15mn MLC NAND. There are three drive capacities in the range; the flagship 480GB drive being joined by 120GB and 240GB models.

Although there is no mention of any encryption support in the specifications of the MP500, the PS5007-E7 controller does support AES-256 bit encryption so this feature may be enabled in the drive in the future with a firmware update.

Corsair quote a TBW endurance figure for the 480GB drive of 698TB and back the MP500 with a 3-year warranty.