PCMark 8’s Consistency test provides a huge amount of performance data, so here we’ve looked a little closer at how the 512GB Gigabyte Aorus RGB performs in each of the benchmarks test suites. 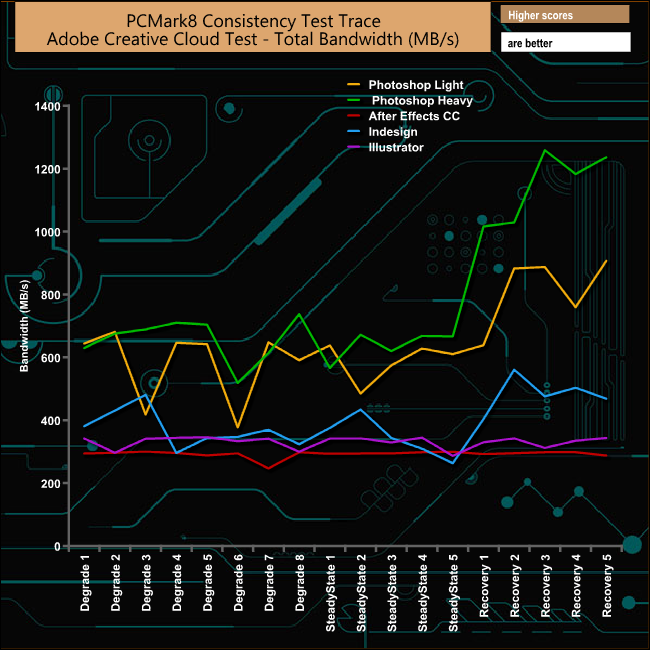 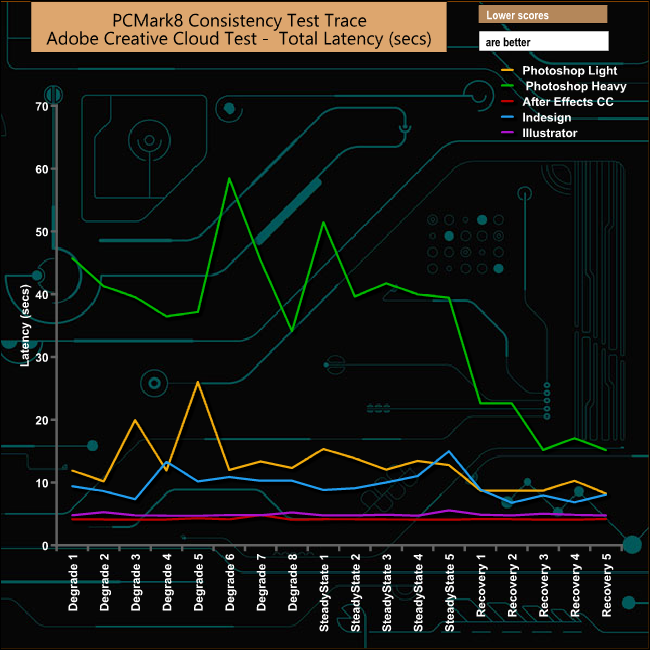 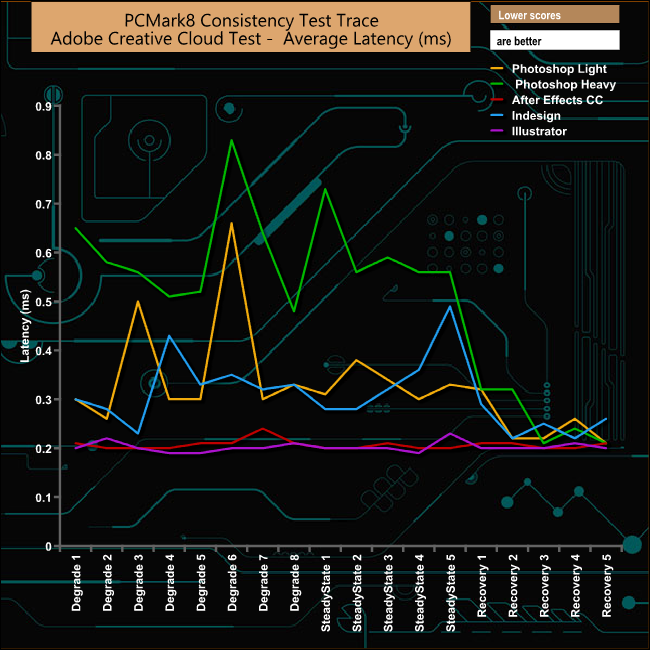 The drive gets hit hard during the Adobe CC tests with large falls in bandwidth in a number of places. It does recover reasonably well, if very erratically. 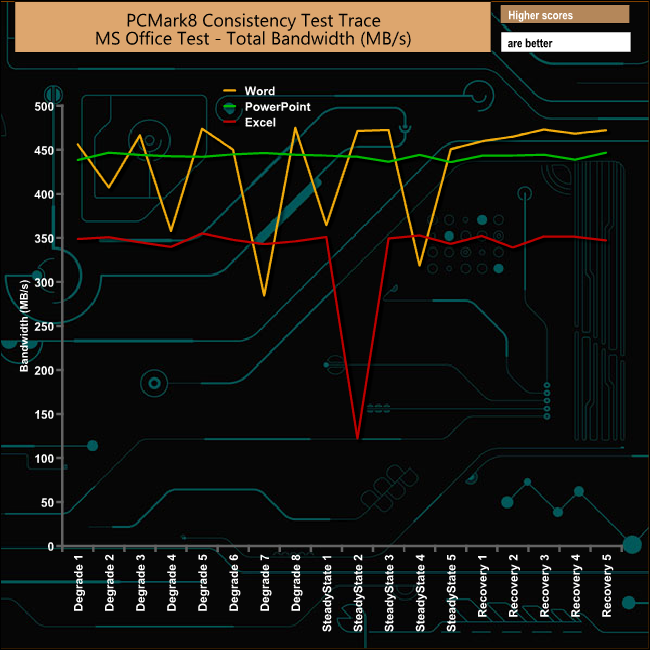 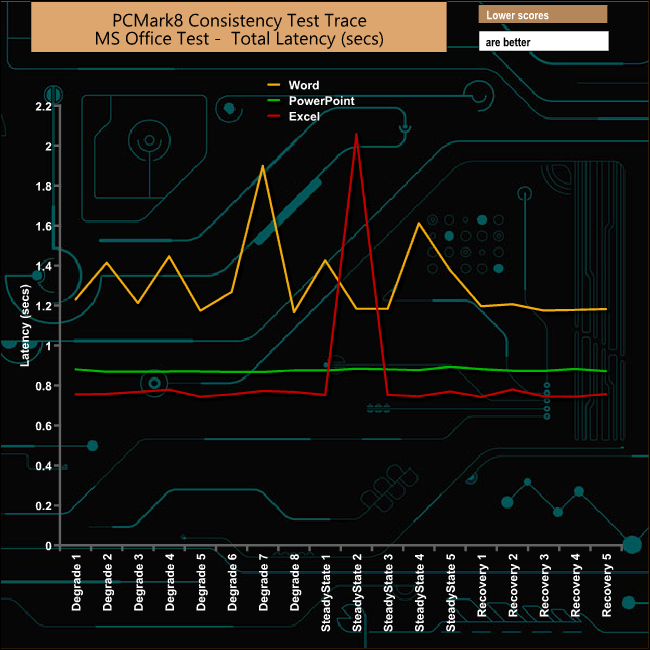 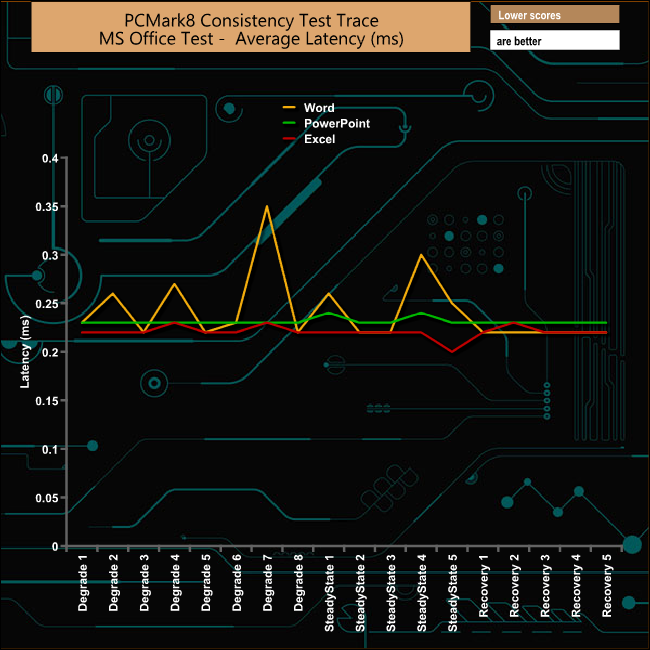 The Microsoft Word trace causes the drive a whole host of problems during the test run but the Excel trace suffers a huge bandwidth drop during the second Steady State phase. The drives recovery is steady without being spectacular. 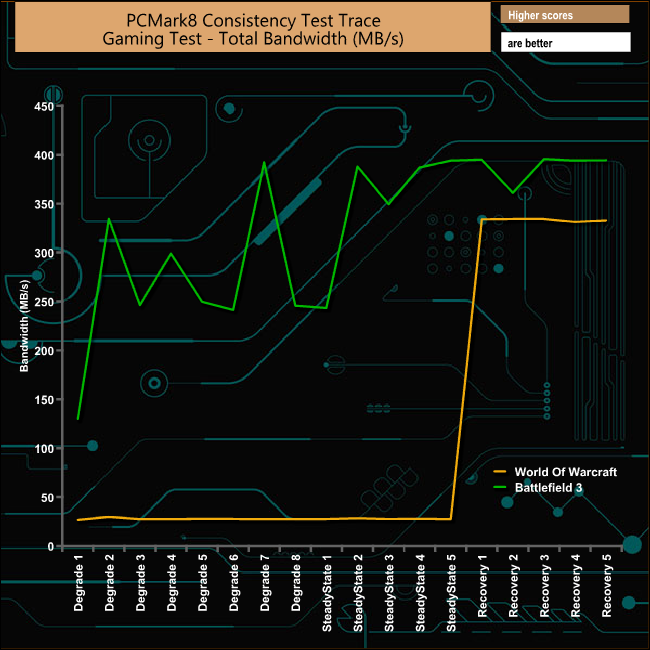 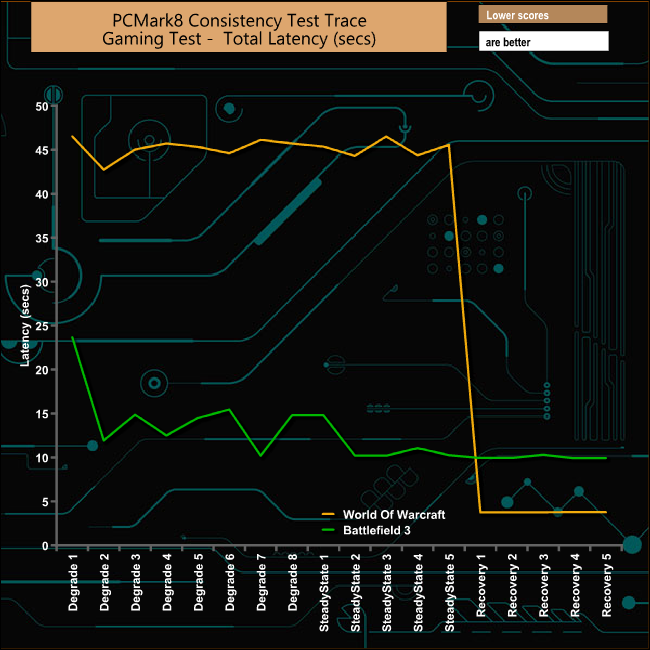 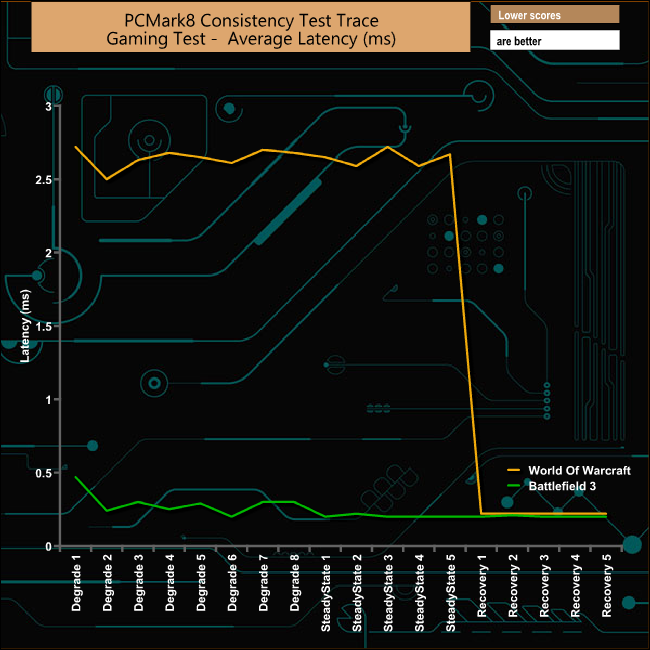 There’s a huge difference between the two casual gaming tests. The Battlefield 3 trace causes the drive problems but with pretty good bandwidth figures, whereas the World Of Warcraft test displays very few problems apart from the very low overall bandwidth during the Degradation and Steady State phases.  However the recovery performance of the trace is spectacular.