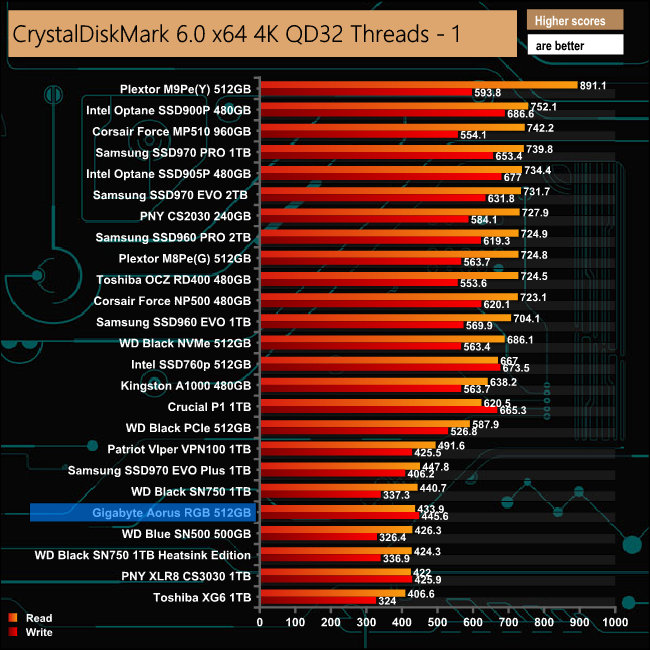 The Gigabyte Aorus RGB uses the same controller and NAND combination as Patriot’s Viper VPN100. At a deep queue depth of 32, it’s the Viper that has the faster read performance than the Aorus but Gigabyte’s drive has better write performance. 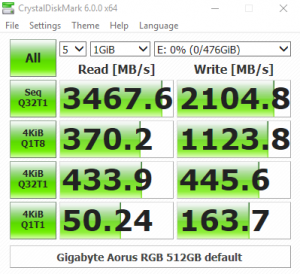 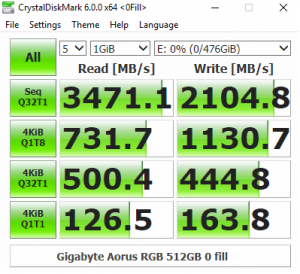 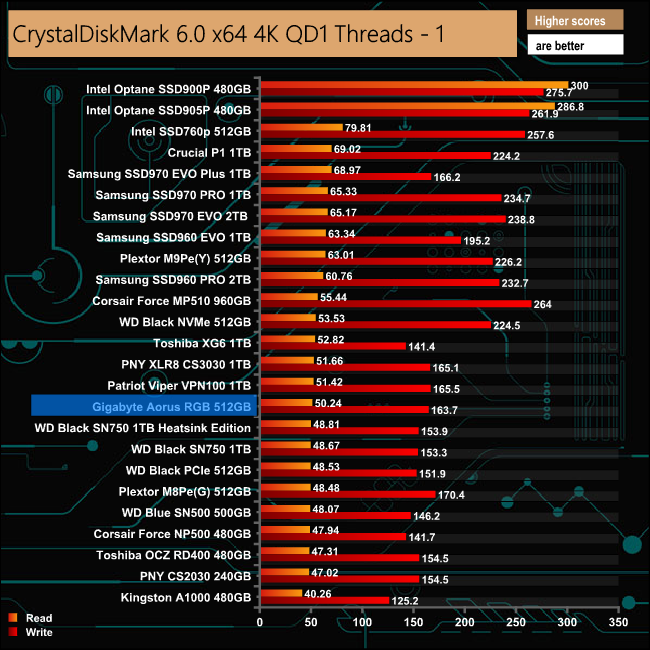 At a queue depth of 1, both the Gigabyte Aorus RGB and Patriot Viper VPN100 have virtually the same performance figures in CrystalDiskMark as you might expect with both drives using the same NAND and controller combination.