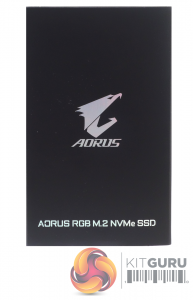 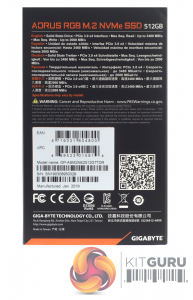 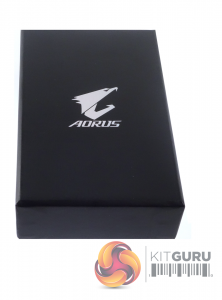 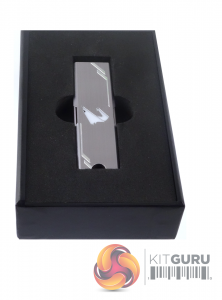 The drive ships in a good quality box with the Aorus Falcon in silver on the front and is held tightly in place in a dense foam box inner layer. 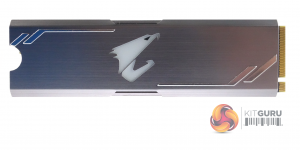 The 512GB Aorus RGB is a dual-sided design. Sitting under the well-designed aluminium heatsink there is the Phison E12 NVMe 8-channel controller, a pair of Toshiba BiCS3 64-layer NAND packages and a 512MB SK Hynix DDR4 DRAM cache IC. The rear side of the PCB is home to another pair of NAND packages. 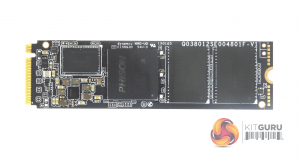 If you look closely at the top of the PCB you will see the three LEDs that are used for the RGB effects sitting to the right hand side of the controller. 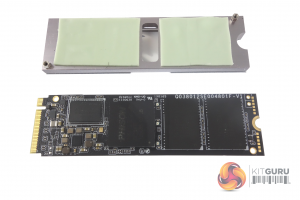 The heatsink is held in place by two tiny screws and once removed you can see the two large thermal pads Gigabyte have used to help dissipate the heat from the controller and NAND packages.

Although we tested the drive in an Asus motherboard, the basic RGB effect still worked. To control it properly you will need to use a RGB supporting Gigabyte motherboard (X299 or Z390 Aorus are the ones stated on the Gigabyte web site). 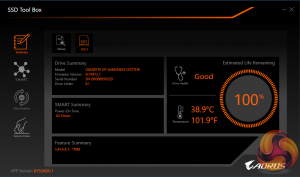 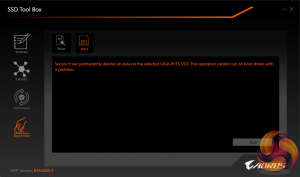 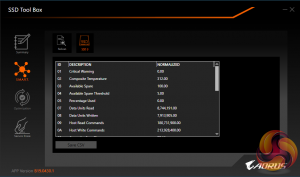 Gigabyte’s SSD Tool Box has a had a bit of update and with it you can monitor SSD Status as well as get general information such as model name, FW version, health and drive temperature. It also supports Secure Erase.