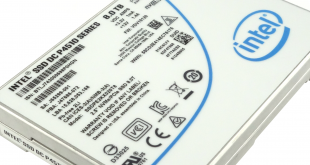 Intel’s SSD DC P4510 family of drives have been designed to support a wide range of cloud workloads in the enterprise environment. The drives use Intel’s 64-layer TLC 3D NAND technology, the first Intel drive series in the enterprise space to do so. This enables larger capacities to be brought to the table in the 2.5in format than the previous generation 32-layer equipped DC P4500 series. 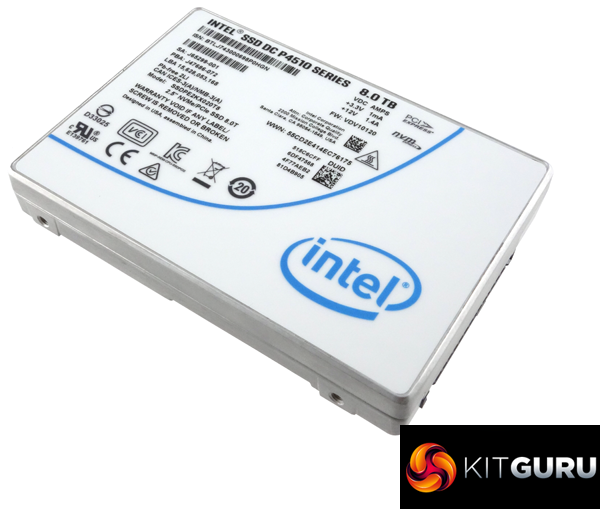 Intel’s P4510 family of drives consists of four capacities; 1TB, 2TB, 4TB and the flagship 8TB model which is the one Intel kindly provided to us for review. Built on a 15mm 2.5in format the drives use a U.2 (PCIe 3.1 x4, NVMe 1.2) interface and Intel’s 2nd generation NVMe SSD controller, which was also at the heart of the P45** and P46** family of drives.

Intel rate the endurance of the 8TB drive at up to 13.88PBW and back the drive with a 5 year warranty.