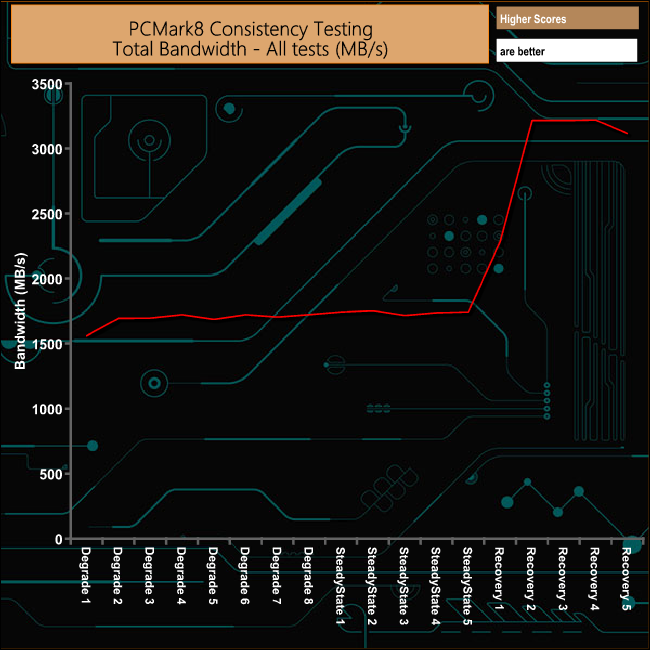 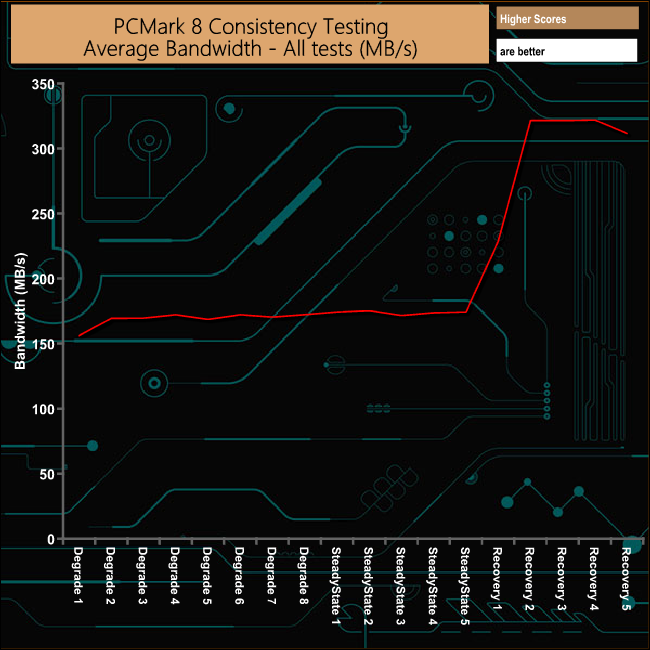 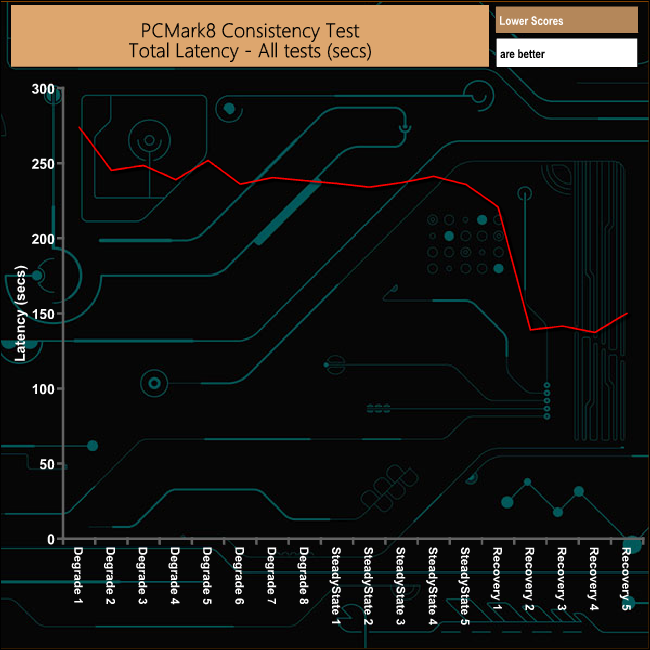 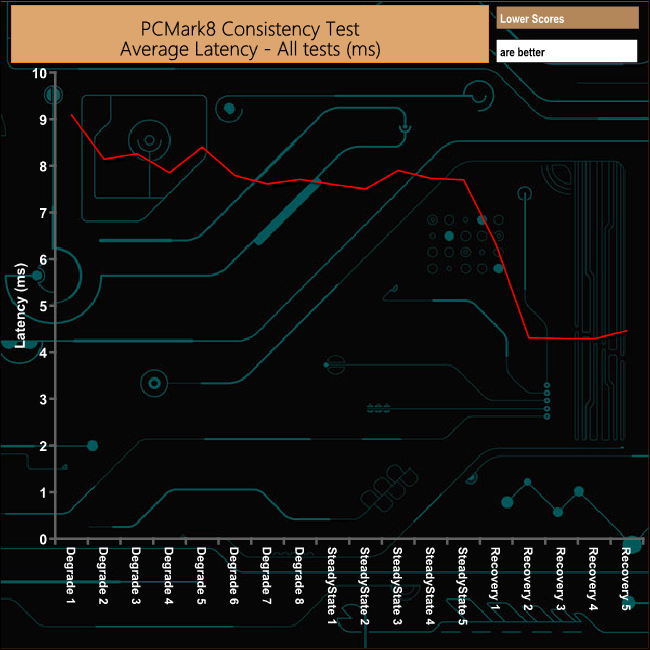 The Kingston A1000 isn’t going to break any bandwidth records in PCMark 8’s Consistency test, but it performed pretty consistently and it also recovered from the ordeal very well indeed.