PCMark 8’s Consistency test provides a huge amount of performance data, so here we’ve looked a little closer at how the 480GB Kingston A1000 performs in each of the benchmark’s test suites. 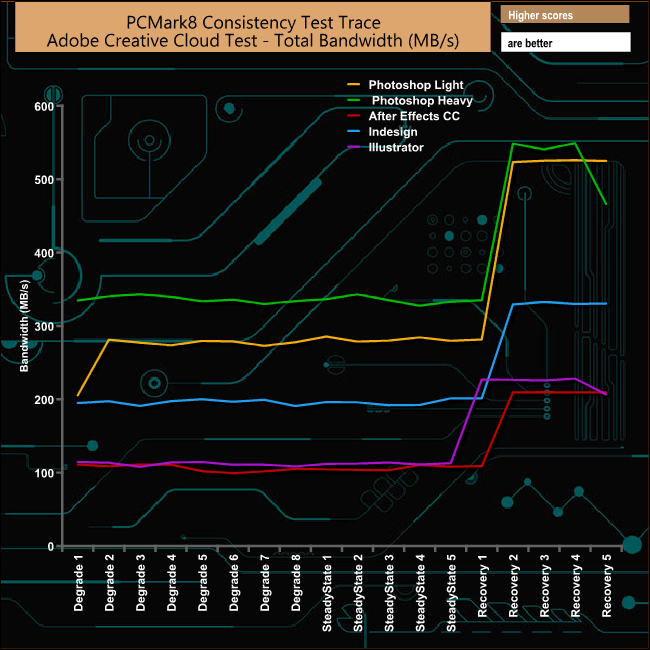 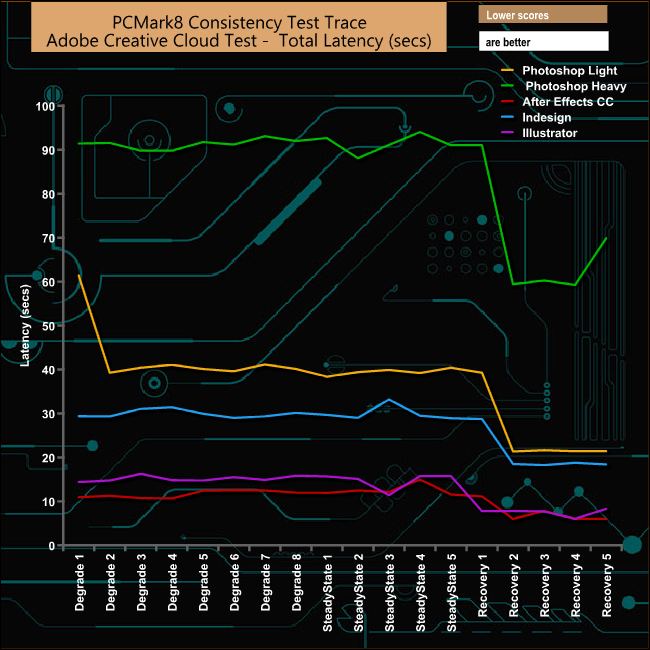 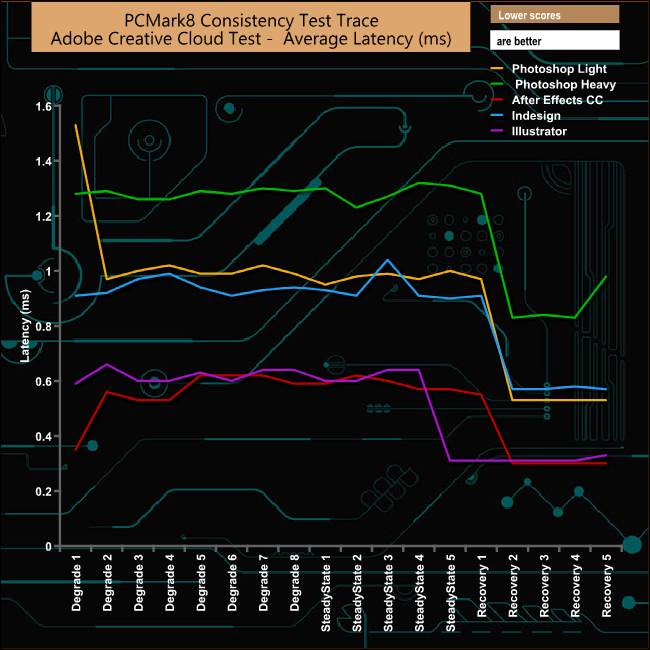 The drive handled the tough Adobe CC Photoshop tests well enough but the performance through the Recovery phases is particularly impressive – with the Photoshop Heavy test being the only exception. 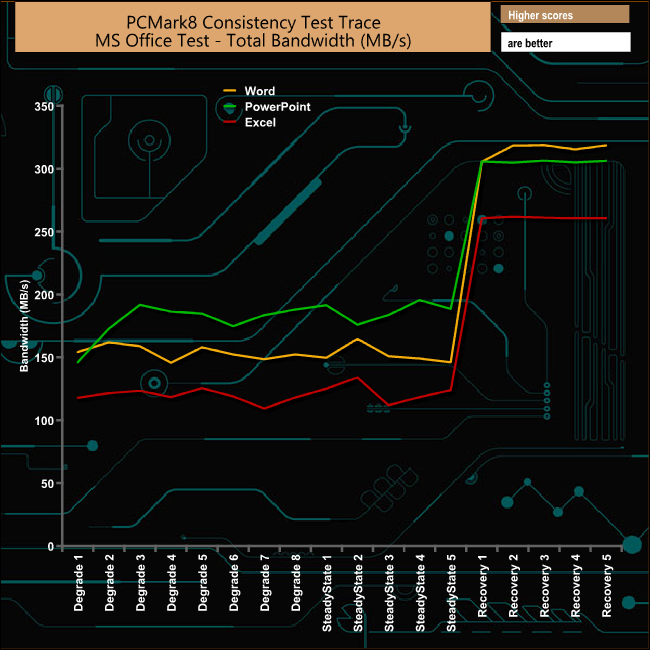 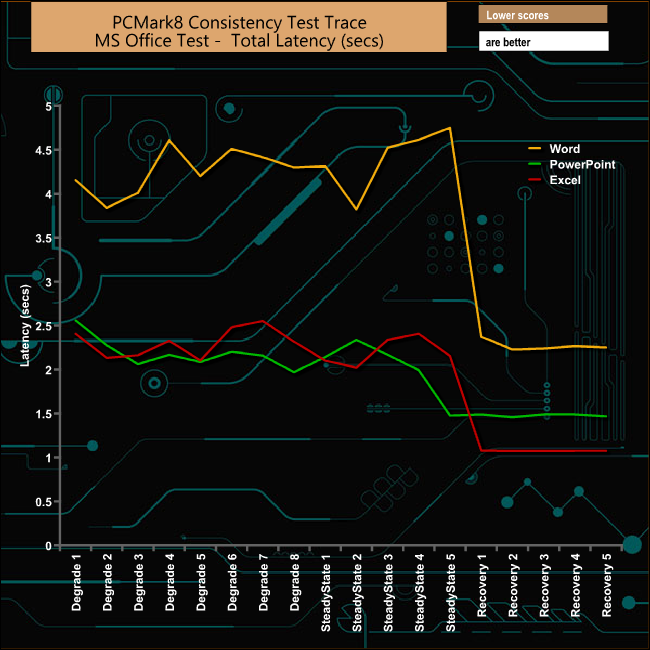 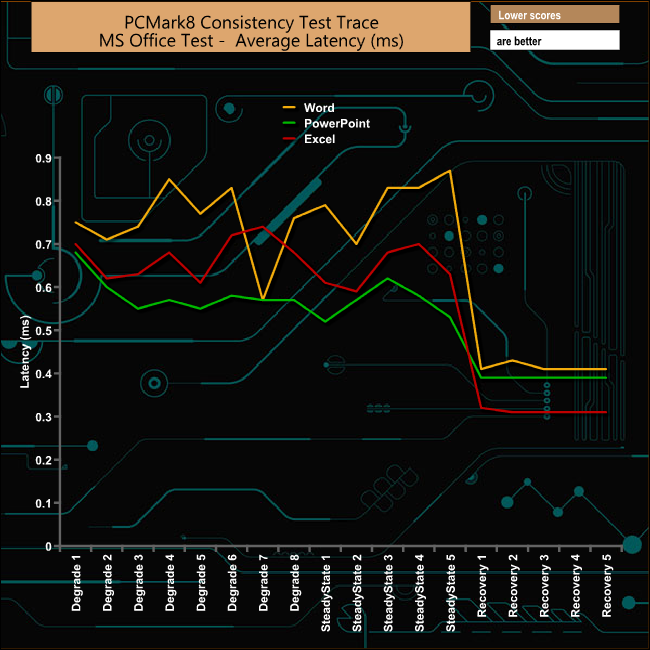 The Microsoft Office test traces caused the drive more stress than the Adobe CC benchmark across the Degradation and Steady State phases, although once again the Recovery segment for all tests was very good. 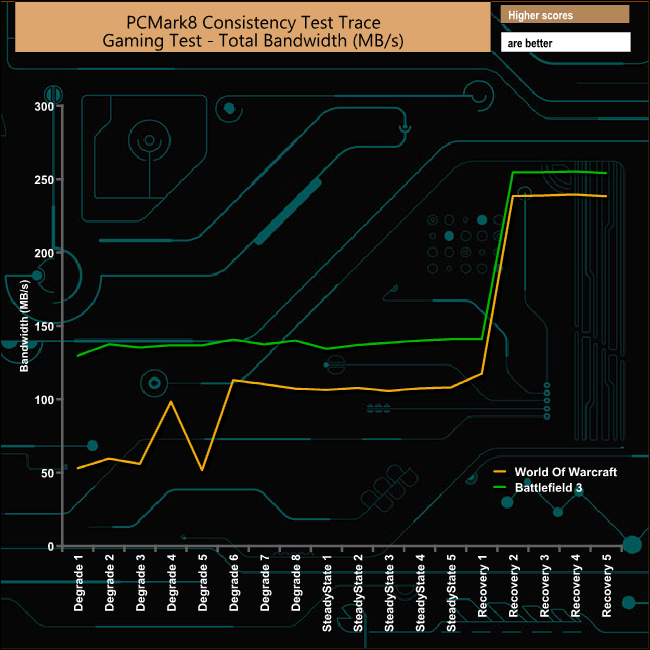 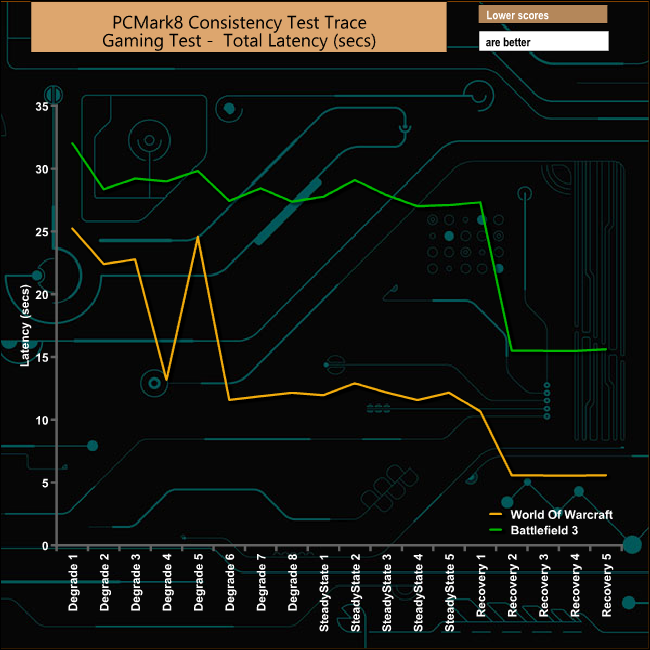 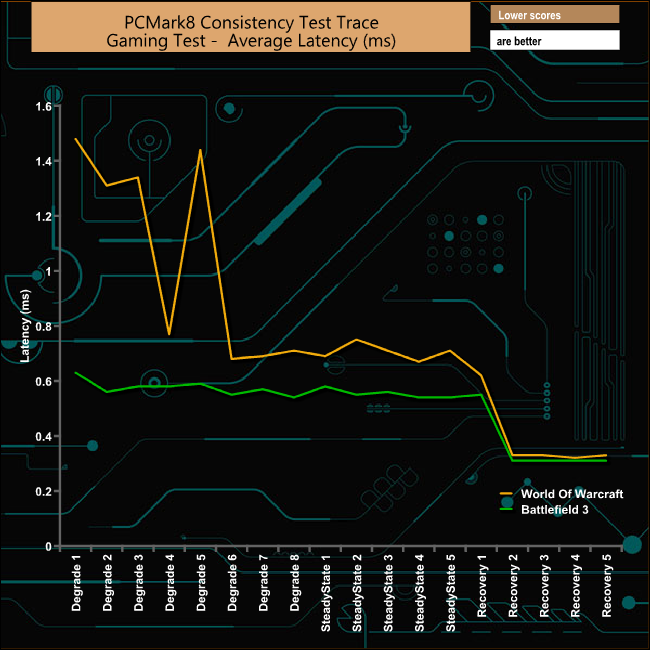 During the casual gaming test runs, the drive had real problems with the World Of Warcraft trace during the early stages of the Degradation phase, but it did recover well during the final Degradation stages and also managed the Steady State phases pretty well. As with the previous two tests, the recovery was very good.