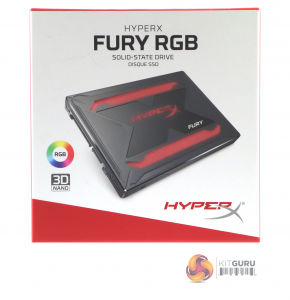 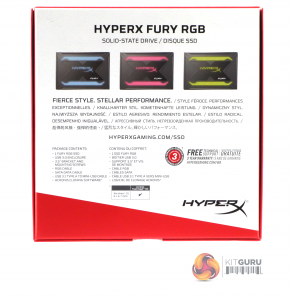 The front of the box has a large image of the drive together with a couple of icons displaying that the drive uses 3D NAND and it has RGB. The rear of the box has a trio of images showing three of the colours displayed as part of the RGB cycle.

Under these sit a box contents list in both English and French. To the side of this is a note about the 3-year warranty Kingston back the drive with. 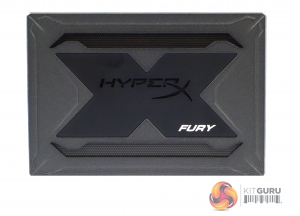 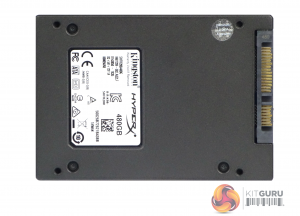 Thanks to its all metal case, the HyperX Fury RGB is one of the heaviest 2.5in drives we've seen or rather felt in a long while at 165 grms. The top of the drive has horizontal cut-outs at the top and bottom backed by a fine mesh that the LEDs shine through as does the HyperX brand lettering.

The HyperX Fury RGB is built on a standard 2.5in format but because of the RGB technology it's 9mm thick instead of the usual 7mm. The USB micro-B connector next to the SATA connectors is used as the connector for the RGB technology (it's not wired to be USB compatible). This port is connected to a 4-pin 12V RGB header on the motherboard or other lighting controller by use of the bundled cable. 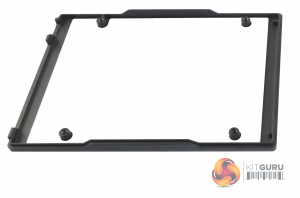 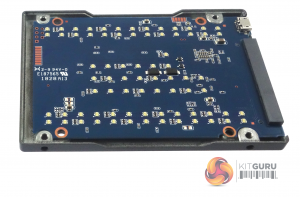 Taking the lid off the drive reveals a white plastic backing to the lid design where the cut outs for the RGB LED's shine through. Talking of LEDs, there are 75, yes 75 (we've counted them!!) on one side of the PCB. 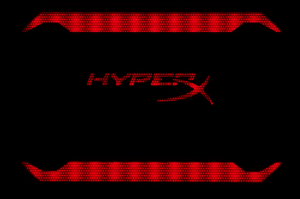 Without any RGB control, the drive defaults to a Red lighting scheme which gives the drive a bit of an edgy look when it's powered up. 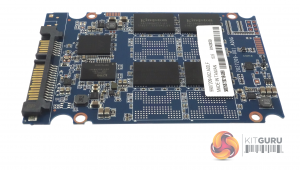 On the other side of the PCB to all those LEDs are the components that really matter. There are four Kingston branded Toshiba BiCS3 64-layer 3D TLC NAND packages along with the Marvell 88SS1074 four channel controller. There's also a DRAM chip. 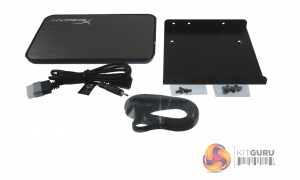 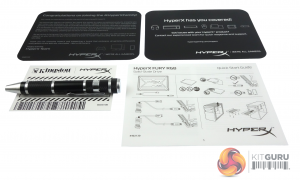 With the Installation kit version of the drive that Kingston supplied us with, there is a box full of bits and bobs. There's a useful 3.5” bracket and mounting screws for installing the drive in a desktop PC and an external USB 3.0 enclosure together with a USB 3.1 type A to mini-USB cable, the RGB connection cable and a neat screwdriver with two bits.

You also get an activation key for Acronis True Image HD cloning software which can be downloaded from the Kingston website. Finally there is a Quick Start Guide and some HyperX marketing material.