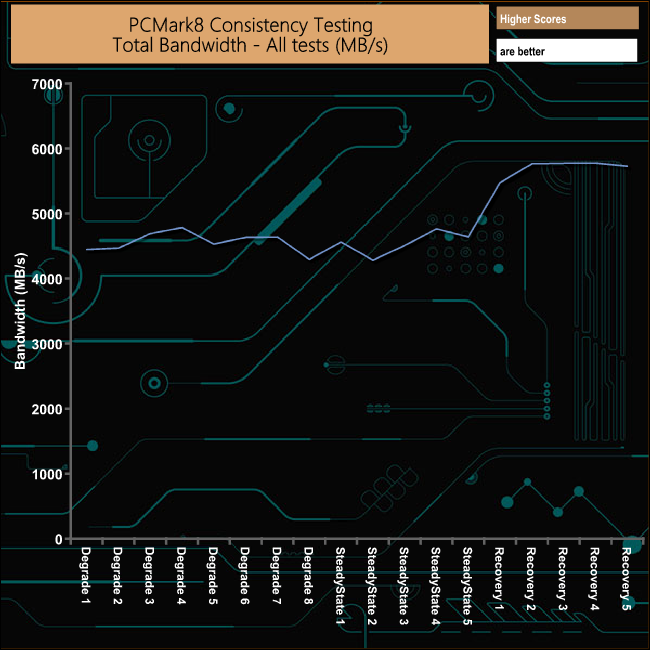 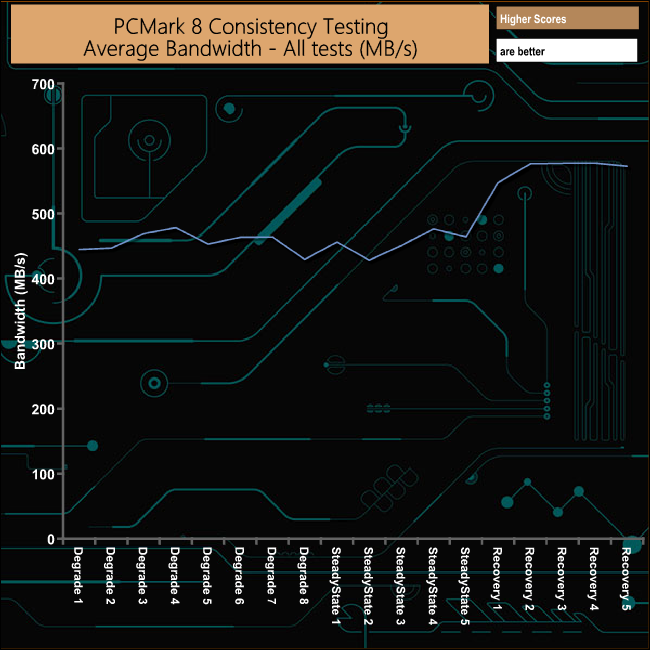 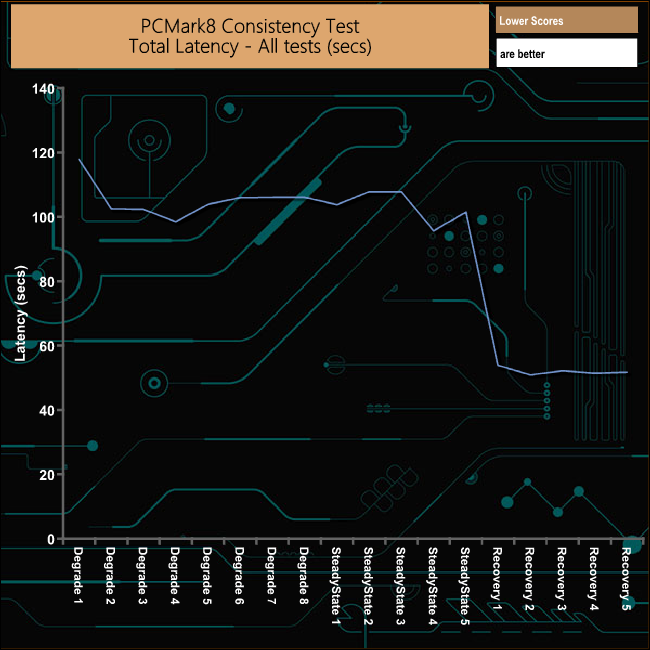 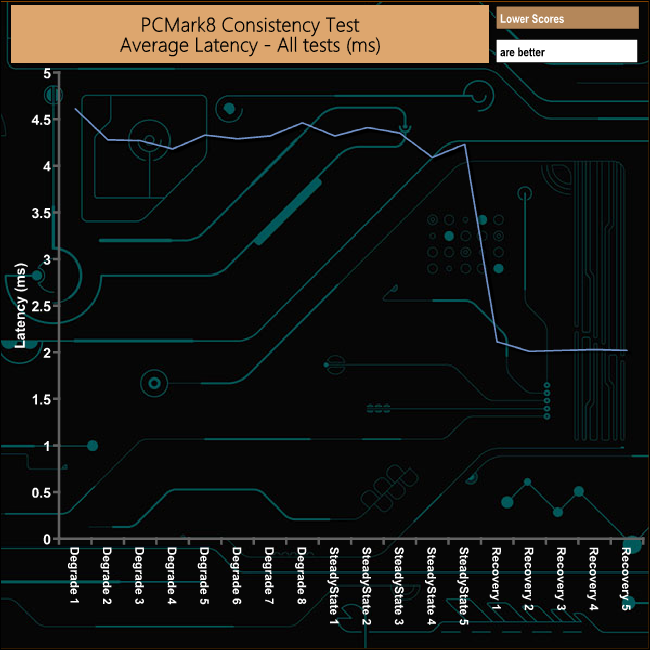 Overall Patriot’s Viper VPR100 drive handles the PCMark 8 Consistency test pretty well. There are no alarming dips in bandwidth and the while the performance during the Recovery phase isn’t exactly spectacular, it is very consistent through the latter stages of the phase.