PCMark 8’s Consistency test provides a huge amount of performance data, so here we’ve looked a little closer at how the Patriot Viper VPR100 performs in each of the benchmarks test suites. 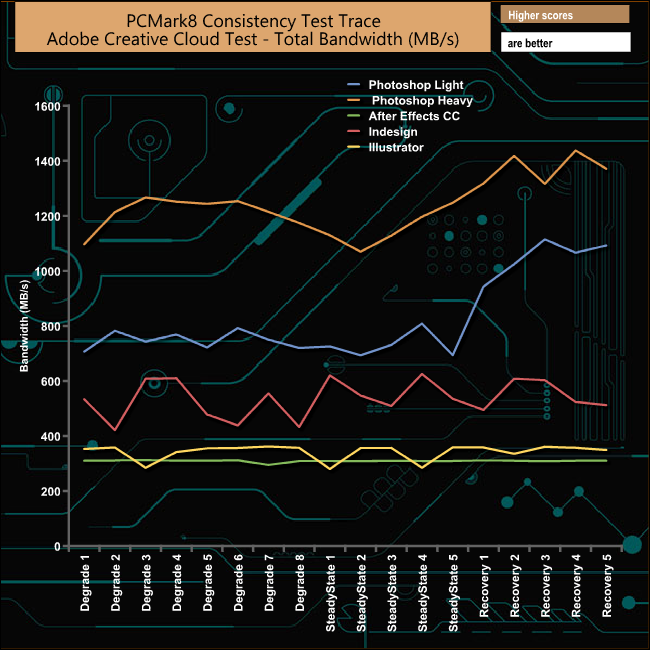 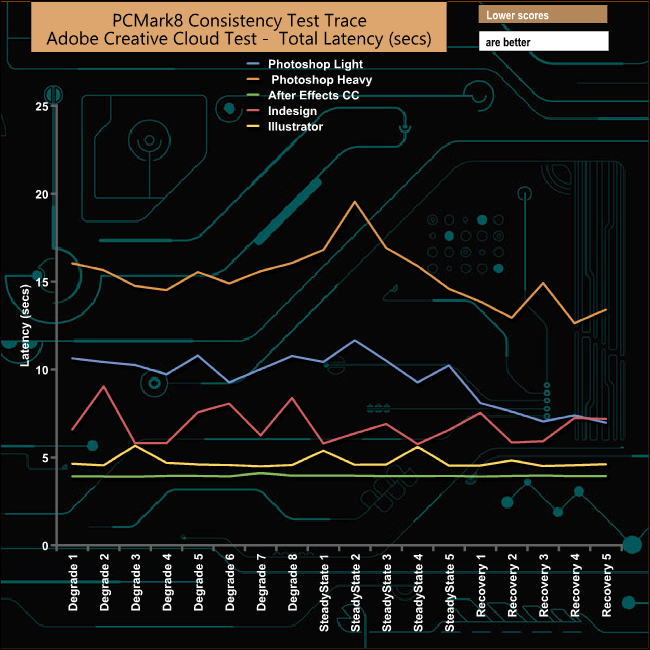 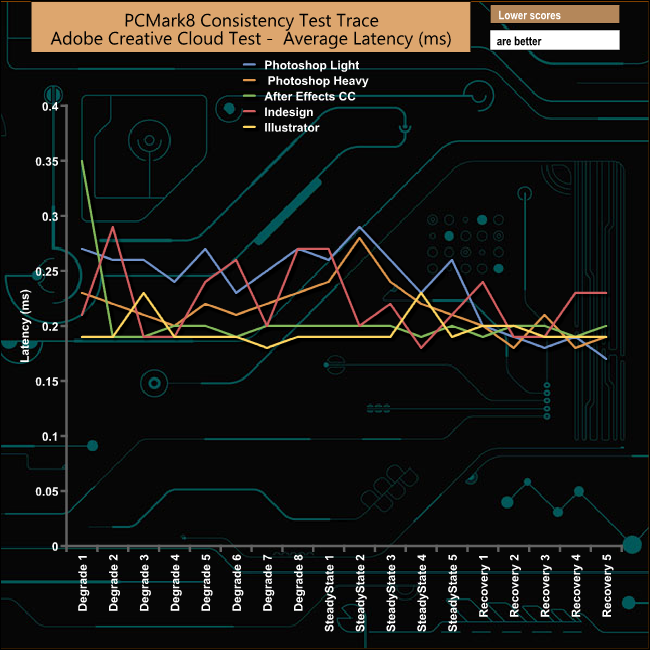 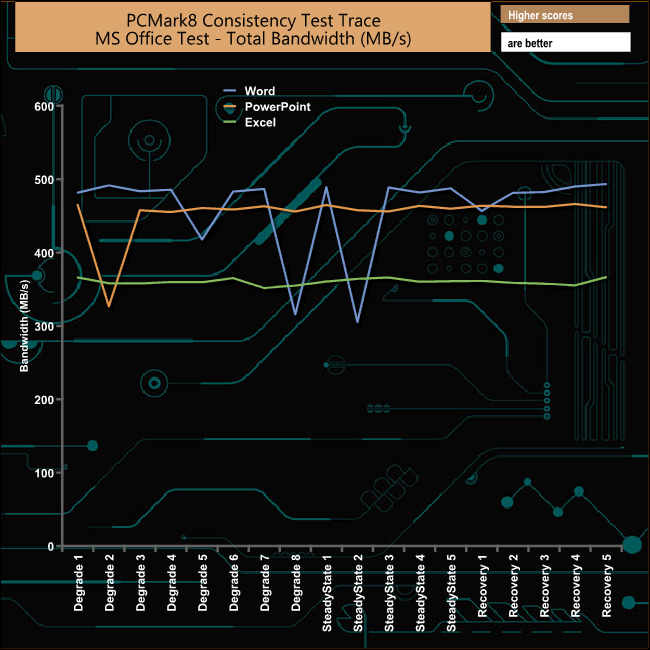 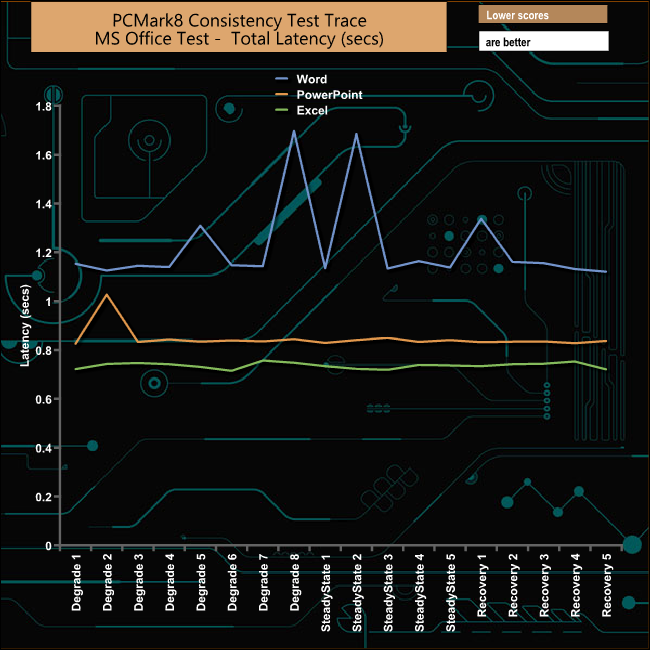 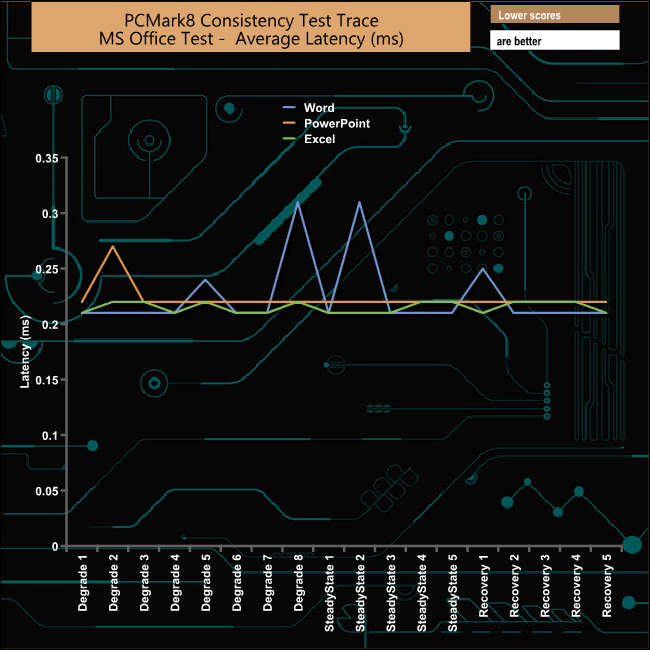 As is quite often the case in the MS Office part of PCMark 8’s Consistency Test, it’s the Word trace that has problems. At the eighth Degradation phase and the second Steady State stage, there are real drops in bandwidth, along with associated peaks in the latency, although the drive does recover well on both occasions. The PowerPoint trace suffers a similar drop in the second Degradation phase. 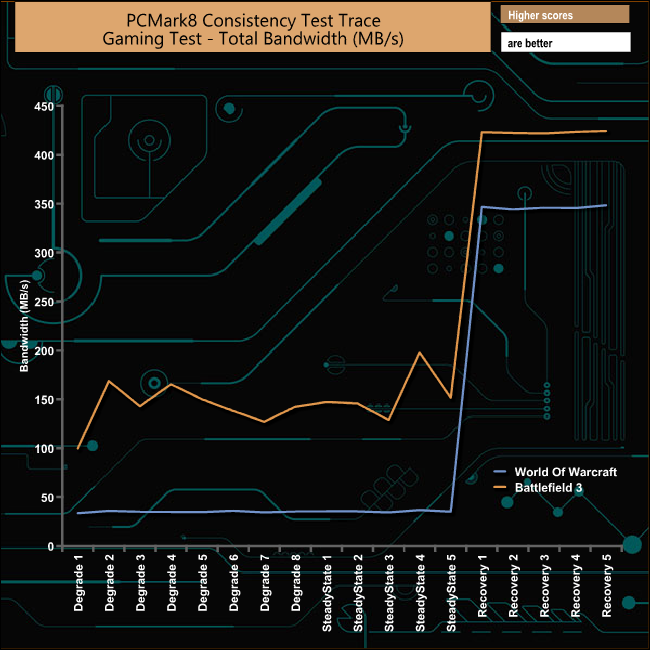 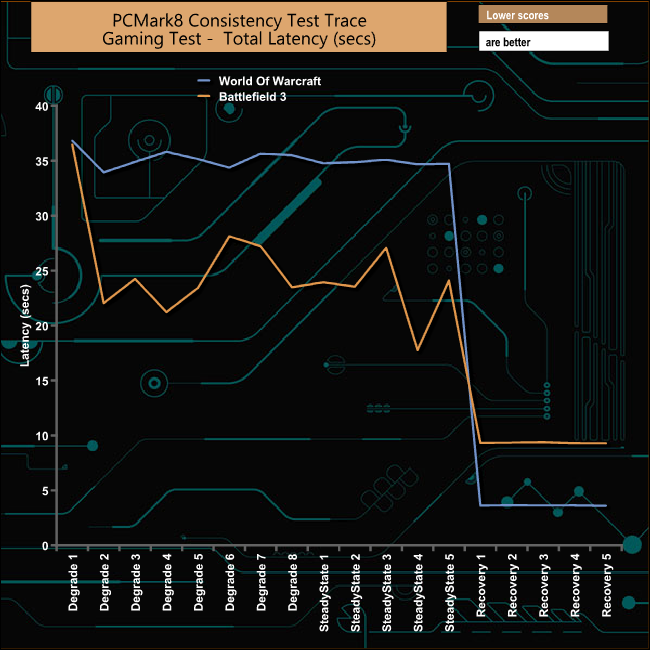 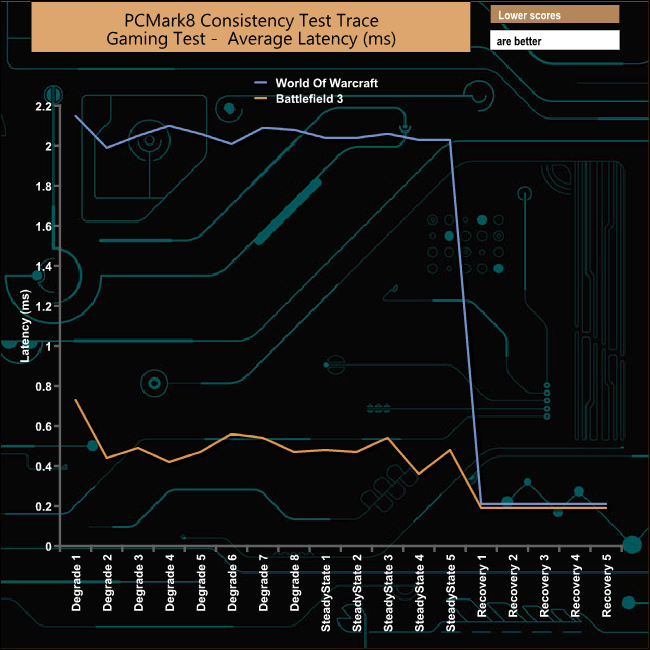 The one thing that stands out in the Casual Gaming tests is the huge leap in performance from the last SteadyState phase to the first Recovery run for both traces. The World Of Warcraft trace hardly misses a beat through the testing phase but it is operating at a much lower bandwidth than the Battlefield 3 trace.