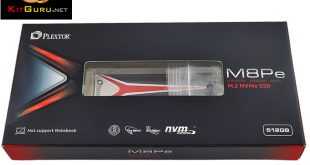 The latest addition to Plextor's range of SSDs is the M8P line of drives. The M8P family is the company's first SSD range to use NVMe (Non-Volatile Memory) architecture and comes in two formats – an HHHL add-in card for motherboards without an M.2 slot and a 2280 M.2 drive, both using a PCI-e Gen3 x4 interface.

The HHHL (Half-Height/Half Length) drive is the M8Pe(Y) while the M.2 drive comes in two versions, the M8PeGN and the M8Pe(G) which we are reviewing. The difference between the two M.2 drives is that the M8Pe(G) comes with a fancy heatsink and the M8PeGN doesn't. Both formats of the drive have the same capacities; 128GB, 256GB, 512GB and the flagship 1TB model. 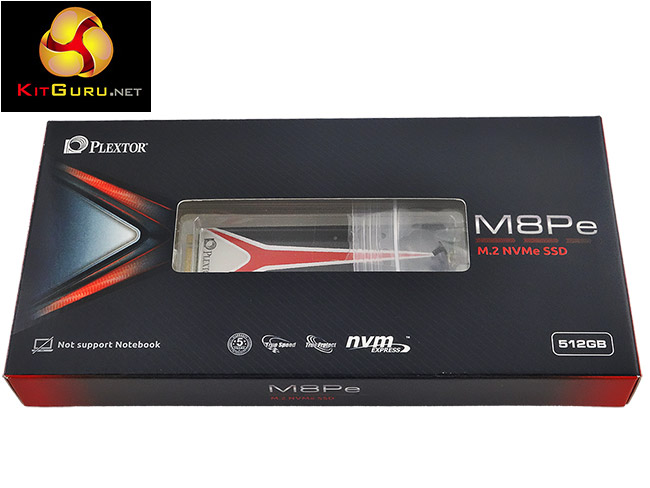 The drive comes with Plextor's TrueSpeed and TrueProtect technologies. TrueSpeed technology is an exclusive firmware feature that brings together several Plextor technologies to ensure long-term SSD performance at like-new speeds, preventing drops in read/write speeds after periods of use and when the SSD is nearly full.

TrueProtect combines Plextor's real-time debugging technology together with ECC 128-bit error correction and Flash self-testing to ensure that data remains error free. Added to these technologies is the 3rd generation LDPC technology provided by the Marvell 88SS1093 controller which aids the drive's reliability.

The official Plextor figure for the 512GB drive's endurance is 768TBW which works out at around 420.8GB host writes a day for the length of the 5-year warranty that Plextor back the drive with.