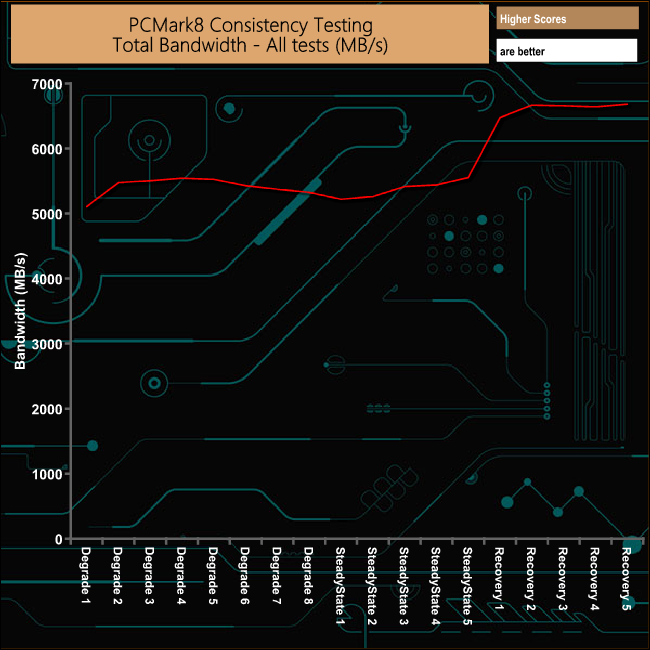 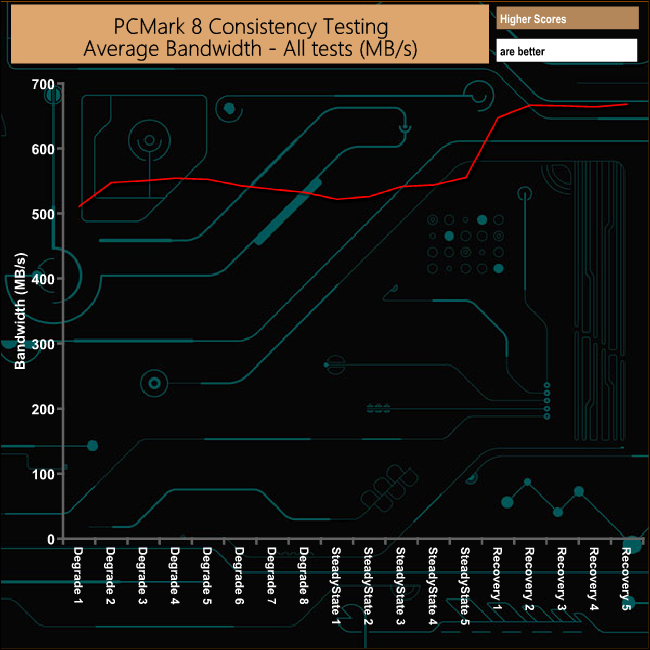 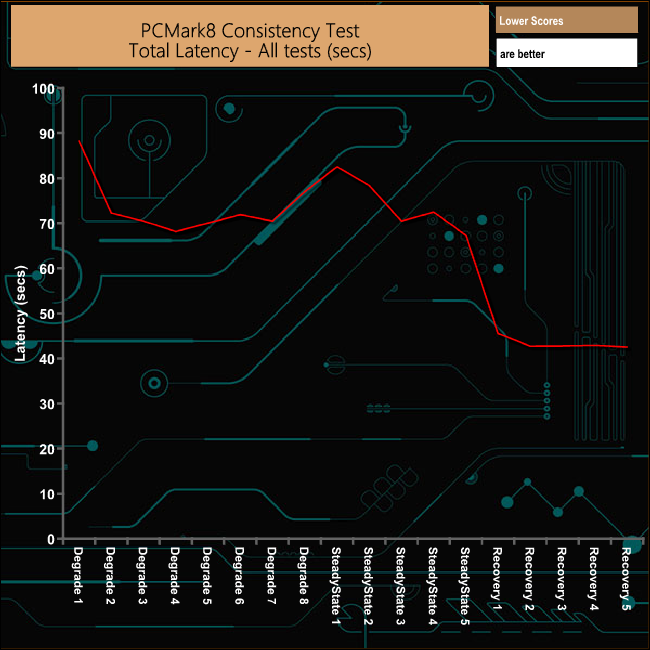 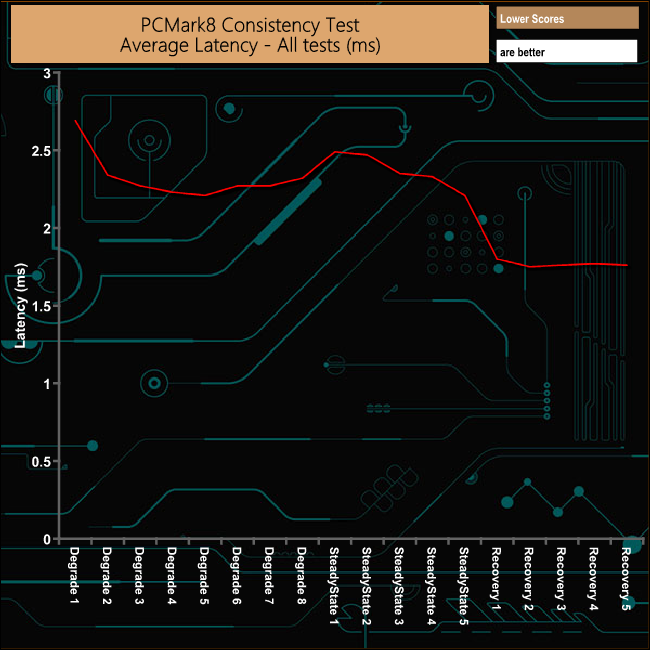 Overall the 970 EVO performs well in the rigorous PCMark 8 Consistency test, with a gradual dip in performance during the Degradation phases but it recovers very well from the ordeal.