To test real life performance of a drive we use a mix of folder/file types and by using the FastCopy utility (which gives a time as well as MB/s result) we record the performance of drive reading from & writing to a 256GB Samsung 850 PRO.

For NVMe drives we’ve also added a new test to try and show the true potential of the PCIe interface by reading and writing the same real life data to and from a Toshiba/OCZ RD400 drive. 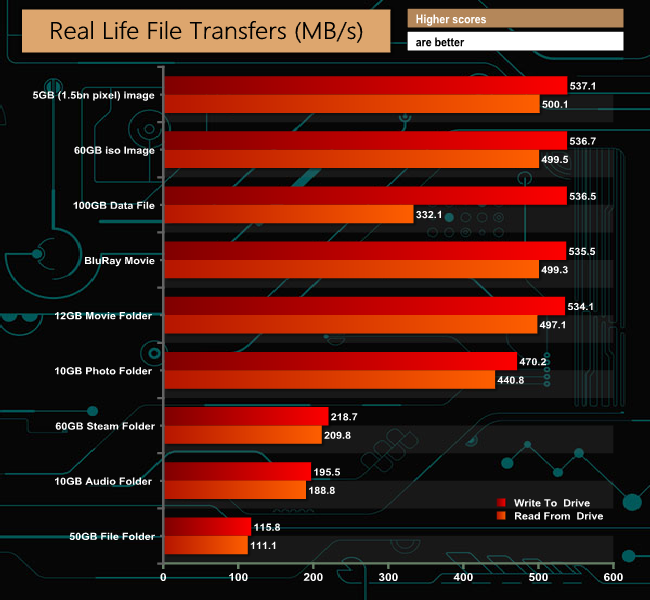 The drive handles large file sizes a lot more effectively than smaller ones, as can be seen by the 500MB/s+ figures for the tests made up of larger files (ISO image, Blu Ray movie etc). 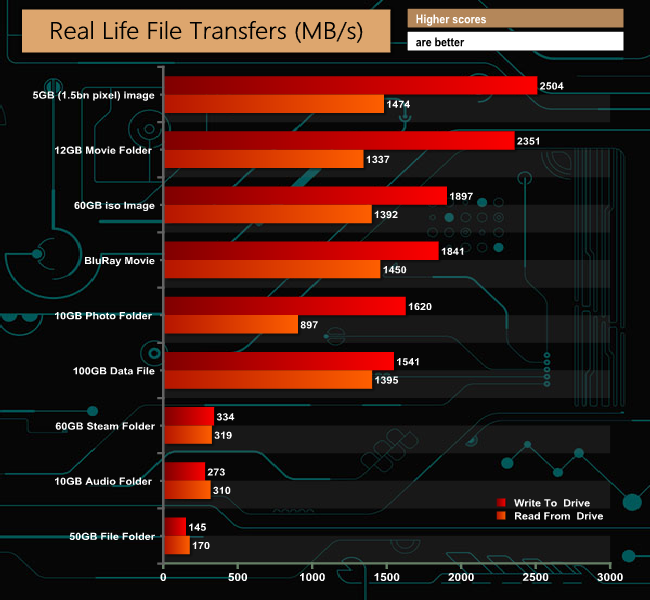 Switching to transferring files and folders to another NVMe disk saw a huge rise in the transfer rate, but once again it really became apparent when the drive is dealing with large file sizes.

To give a better idea of just how much faster going from NVMe to NVMe drive is, than to and from a standard SATA SSD, the 1000GB data file took 3m 10s to transfer from the SATA SSD to the SSD970 EVO and 5m 8s to go the other way. When the same file was written to the NVMe drive from the 970 EVO it took a mere 1m 13s and just 1m 6s to write to the 970 EVO.