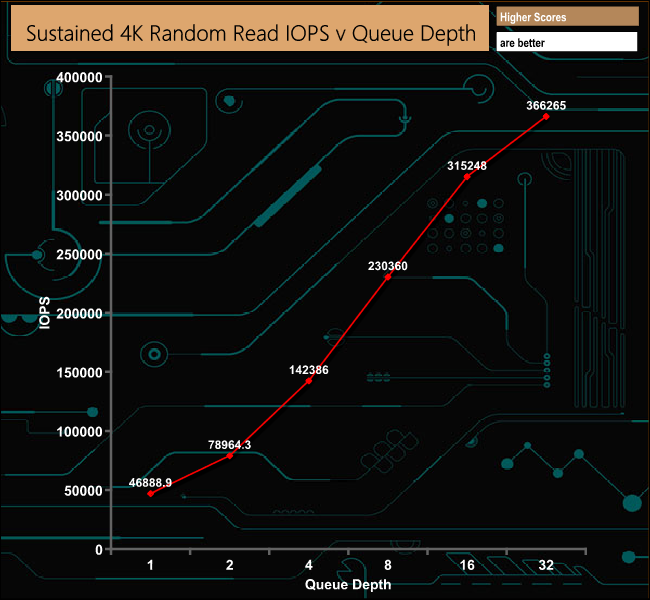 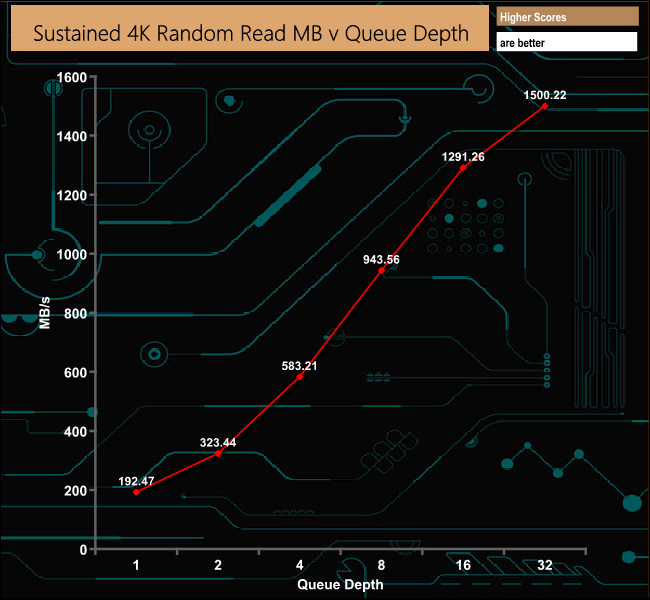 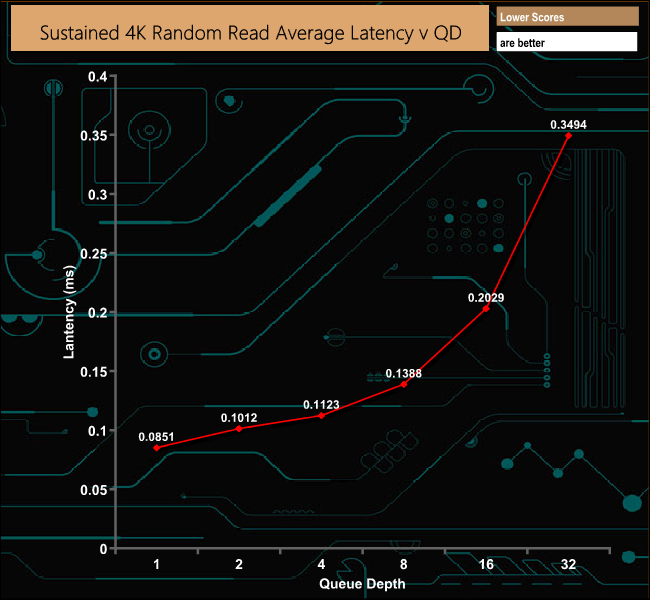 In our 4K random read test the drive fell well short of the maximum official figure of 500,000 IOPS at a QD of 32. However the 366,265 IOPS that the drive produced is the fastest we have seen from a consumer NVMe drive so far.

Most desktop operations happen in the 1 – 4 queue depth range, so we’ve broken out the test results to see how the drive performs at these queue depths in comparison with other drives, as well as a queue depth of 32 – although in the desktop environment you’ll seldom if ever see a queue depth that high. 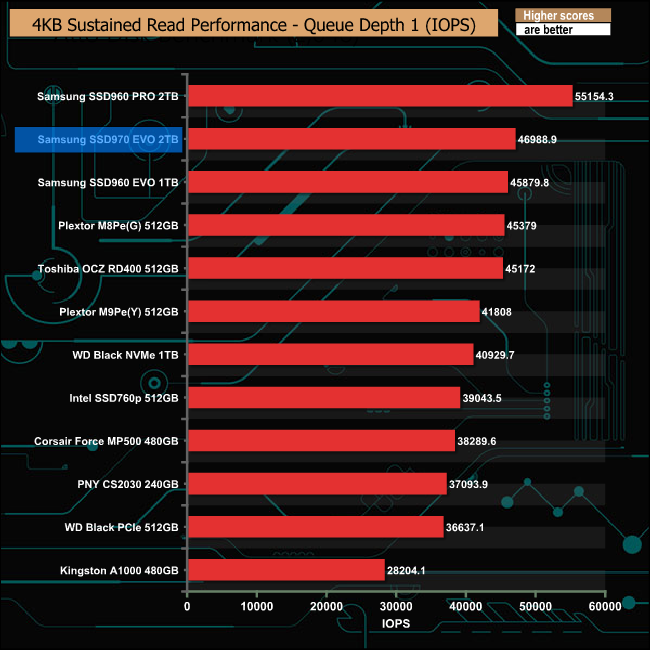 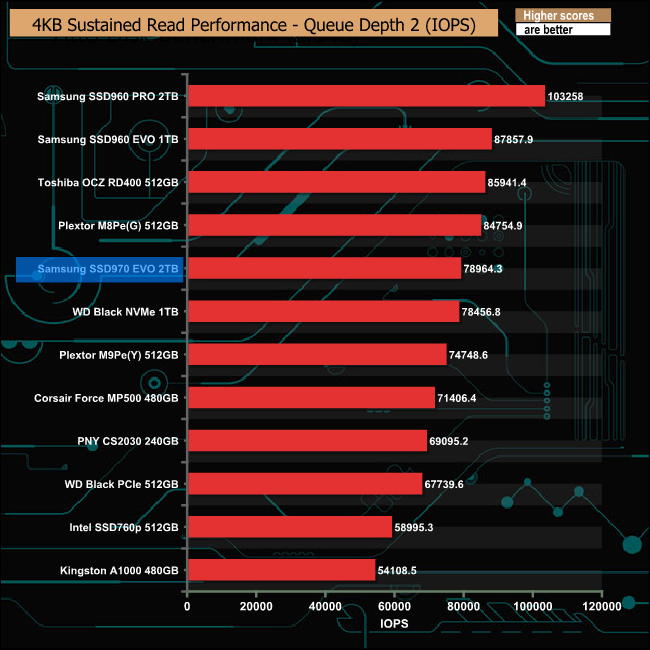 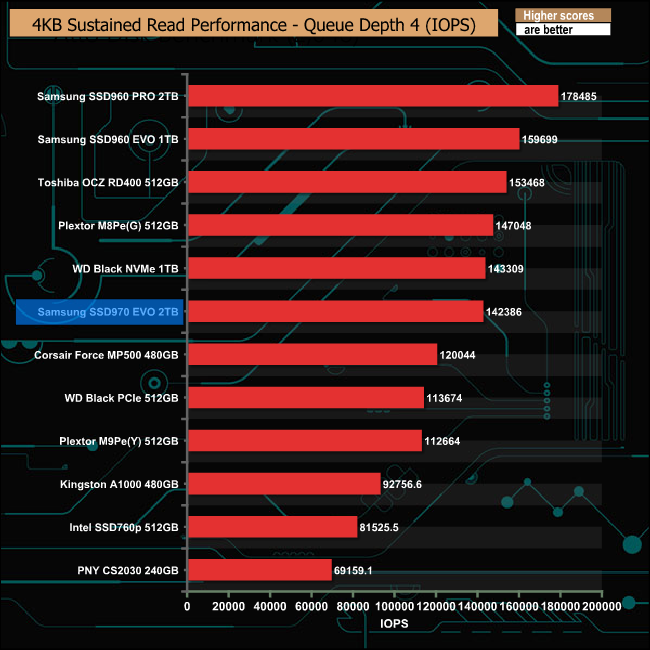 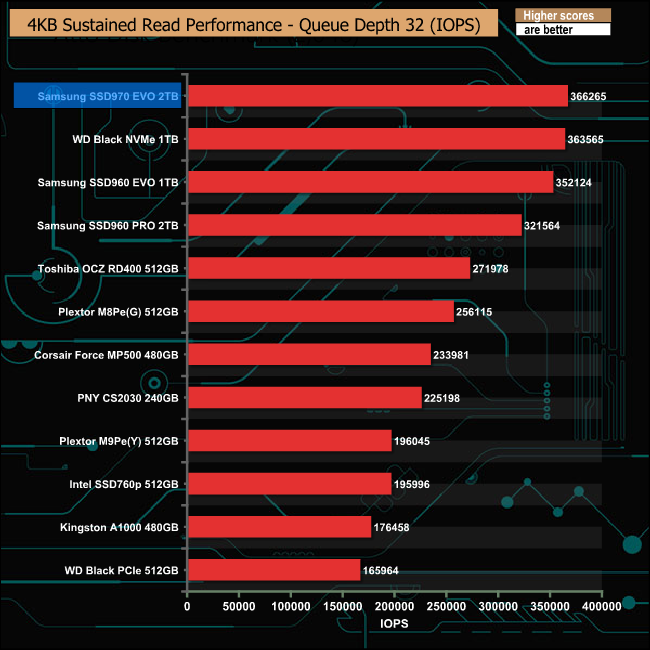 In comparison to other drives we have tested, at lower queue depths the 970 EVO’s best read performance comes at the queue depth 1 mark, after which it drops behind a number of other drives. However, when it comes the drive’s performance at a queue depth of 32,  it is the fastest consumer drive we’ve tested to date.

ADATA has announced a new external SSD series due to be launched very soon. The …