PCMark 8’s Consistency test provides a huge amount of performance data, so here we’ve looked a little closer at how the CS311 performs in each of the benchmarks test suites. 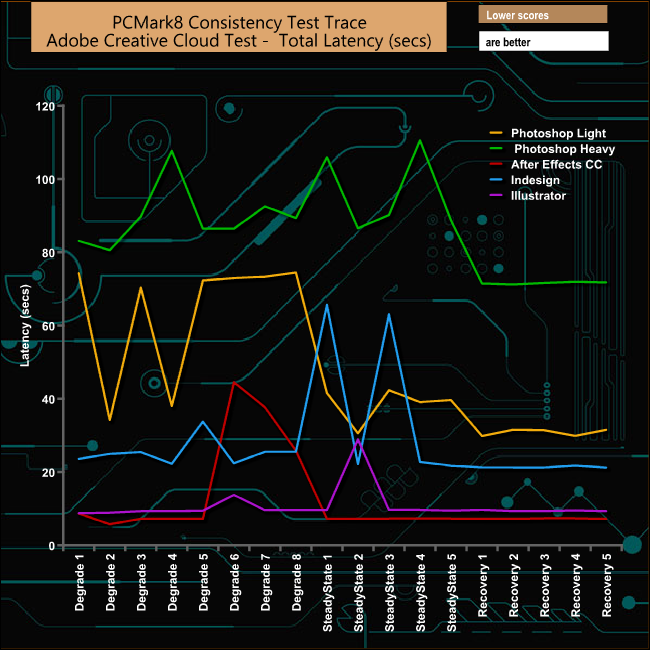 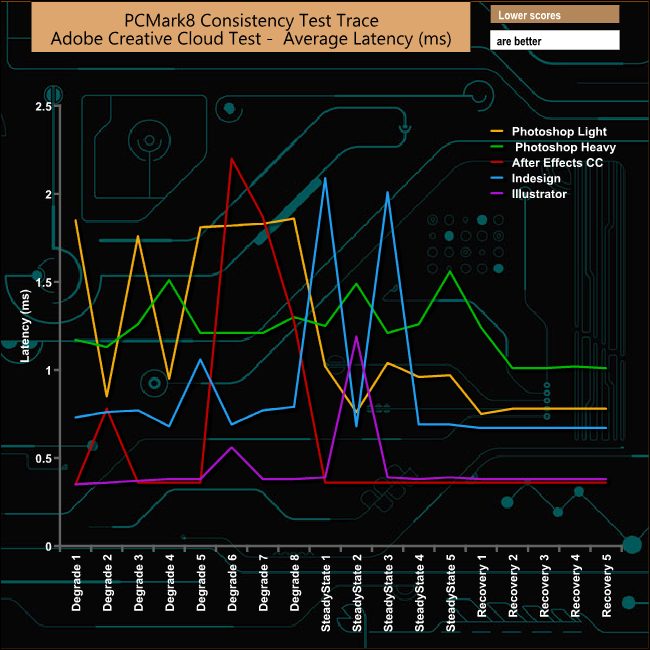 In the Adobe CC suite of tests, the CS311 seems to deal best with the Photoshop Heavy test which is a surprise as it’s this test trace, more often than not that causes drives the most problems. Although the drive gets hit hard during the Degradation and Steady State phases, it does recover from the ordeal very well. 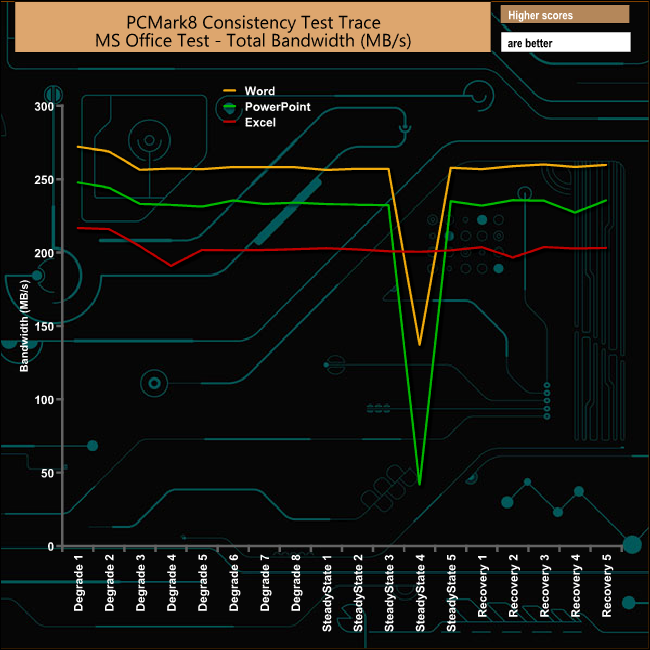 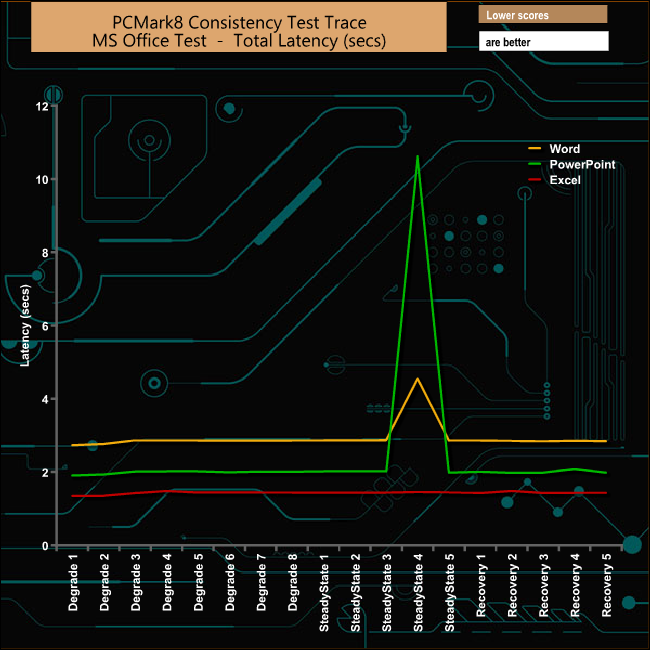 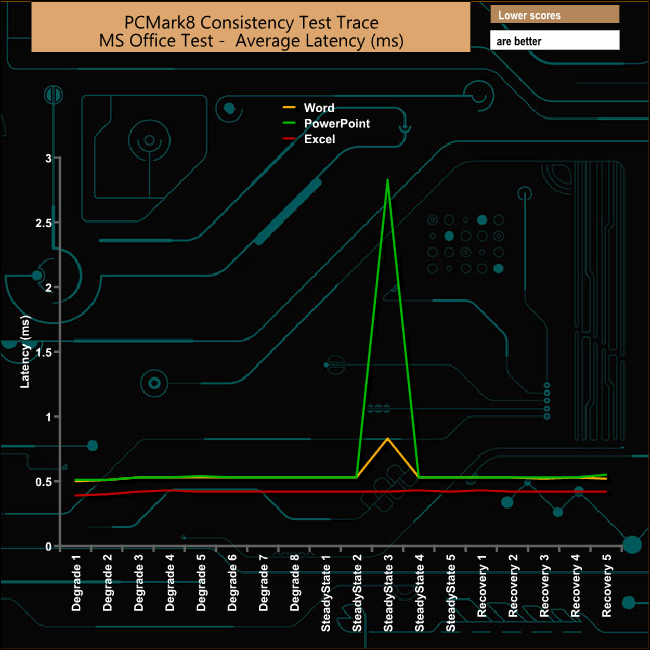 In both the Word and PowerPoint traces of the Microsoft Office test runs there is a real hit in performance in the fourth SteadyState run, the drive plummeting to 137MB/s from the 256MB/s of the third run during the Word test. The hit in performance for the PowerPoint traces is even deeper, going from 232.69MB/s in the third run to a mere 41.93MB/s in the fourth. However the drive bounces back from both of these very quickly and recovers overall from the tests very well. 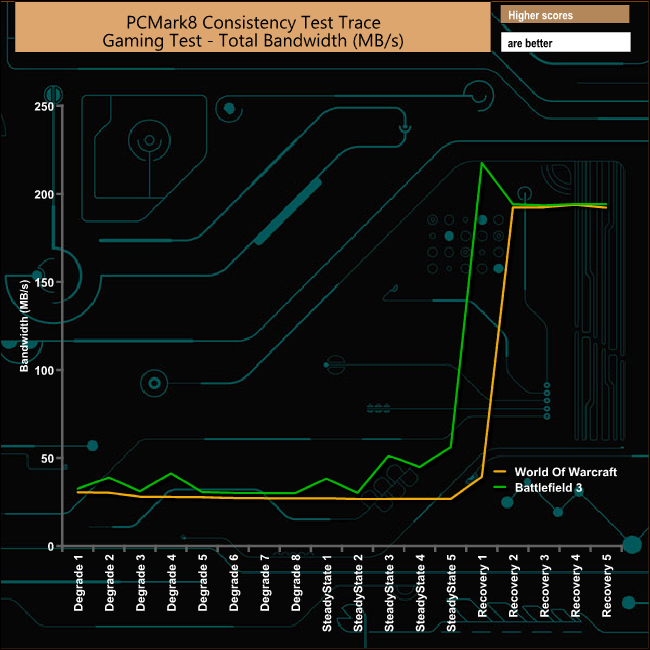 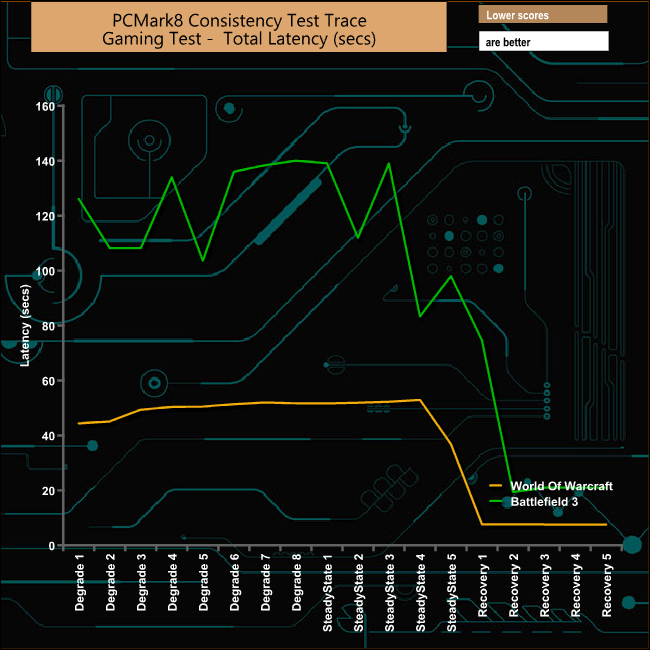 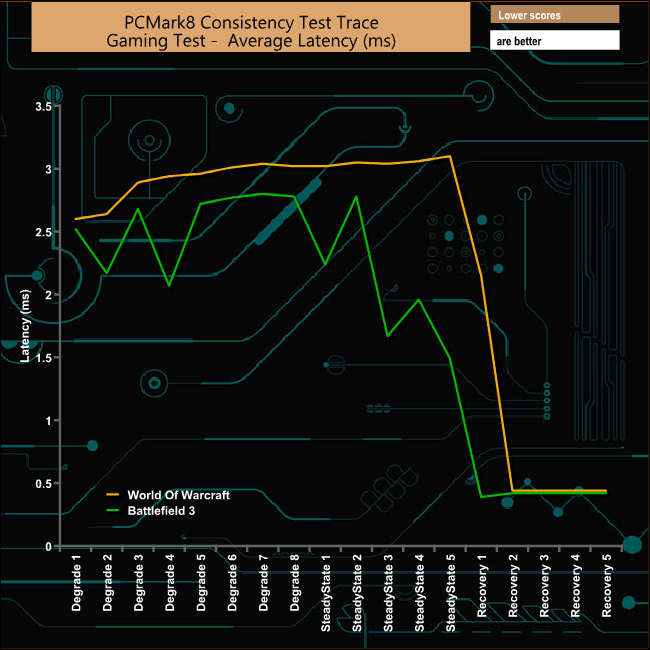 During the casual gaming runs the drive acts very strangely in both traces with low bandwidths and high latency throughout the tests. That is until the recovery stages, when it suddenly wakes up and starts to deliver high bandwidths and low latencies.