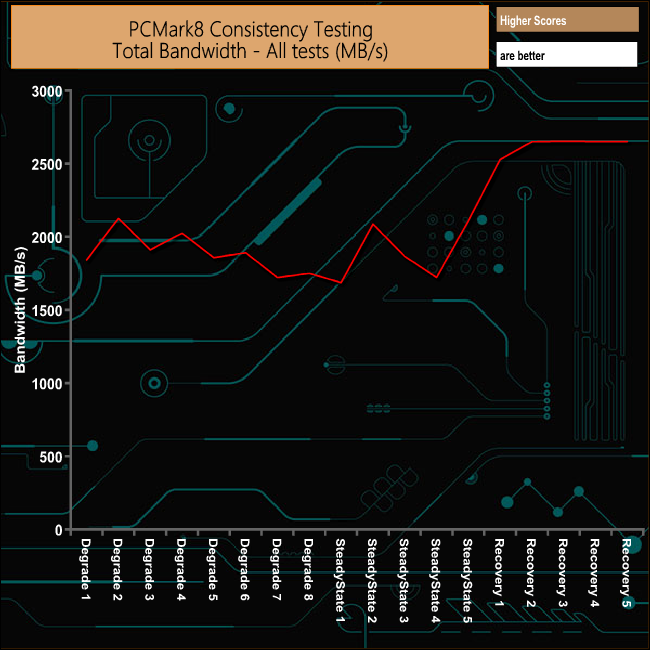 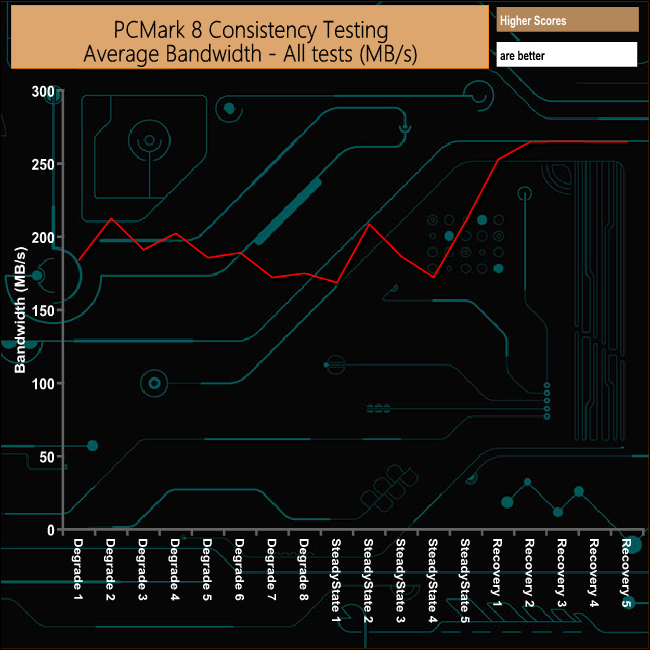 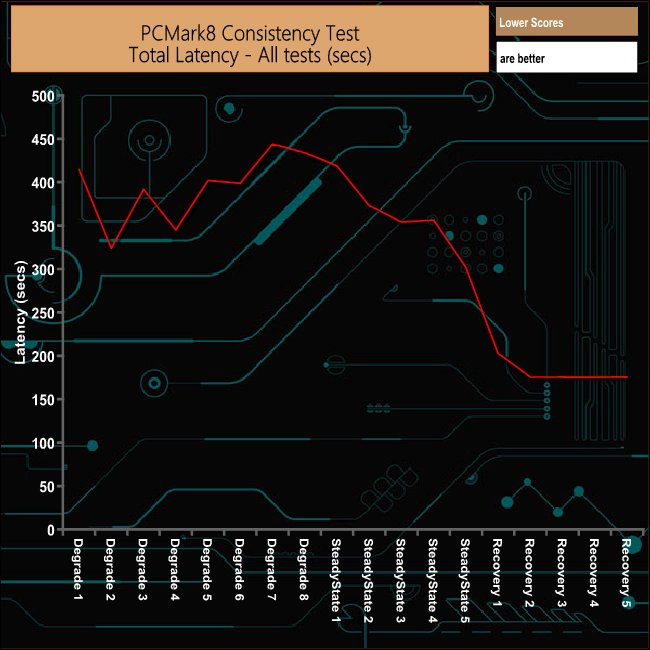 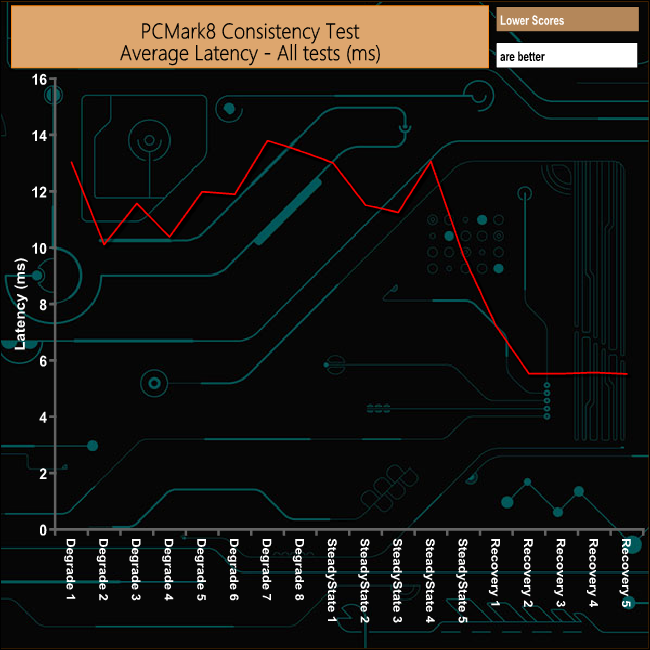 Although the drive gets hit pretty hard during the test run, dropping as low as 168.62MB/s at the start of the Steady State runs from a peak of 212MB/s near the beginning of the test, it recovers very well averaging 262.64MB/s across the five Recovery runs.