The Intel NUC 10 PCs, carrying 10th-gen Comet Lake CPUs, have only been released a couple of months ago, but FanlessTech already has the details for the next generation of Intel’s NUC. 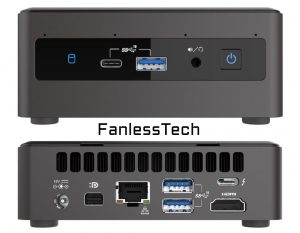 Starting with the Panther Canyon, or Intel NUC 11 Performance, this mini-PC reportedly comes equipped with a Tiger Lake-U CPU (i3, i5, i7) with a 28W TDP. It also has a GPU using Xe architecture (which might be integrated graphics), dual-channel DDR4-3200 SODIMMs with a maximum capacity of 64GB of RAM, PCIe x4 Gen4 NVMe, an M.2 22×80 key M slot, and supports Intel Optane Memory M10. 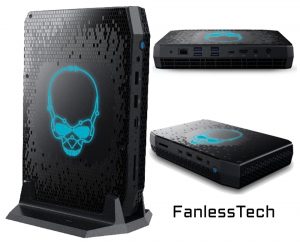 The Phantom Canyon, or Intel NUC 11 Extreme, is supposed to succeed the Skull Canyon and the Hades Canyon families, but it won’t carry the usual 45W TDP H-series CPU. Instead, it will use a 28W TDP CPU, just like Panther Canyon, but only i5 and i7 models. To differentiate it from the Panther Canyon, it will carry a 3rd party discrete GPU (not know yet) with 6GB or 8GB of VRAM.

KitGuru says: Would you buy one of the Intel’s NUC 11 PCs? What kind of use would you give it?