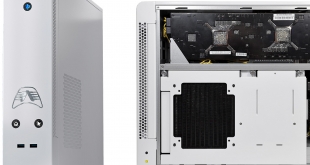 When we first got our hands on the AMD Ryzen 7 1800X, we were bowled over by the challenge it poses for Intel’s top-end Core i7 processors. Intel may have taken up that challenge with the announcement of the Core i9, but despite this the most astonishing feature of Ryzen 7 still remains – its price. The incredibly low cost isn’t just interesting for consumers, either. Because Ryzen 7 – and its forthcoming “Threadripper” stable mate – major on how many cores they offer, AMD’s new CPUs are extremely interesting for the professional market too. Our first look at the AMD Ryzen 7 in the workstation context comes from top UK integrator Armari, in the shape of the Magnetar V25R-RA750G2.

The V25R-RA750G2 is based on Armari’s incredibly dinky V25 chassis, which the company designed itself specifically to pack as much workstation power into the smallest space possible, with a particular emphasis on VR content creation. Certain configurations come with the breakout box and cabling for the HTC Vive, although not the model we are reviewing here. The chassis supports Intel Core i7 up to 10-core and AMD Ryzen 7 up to 1800X, with the latter included in this particular sample. 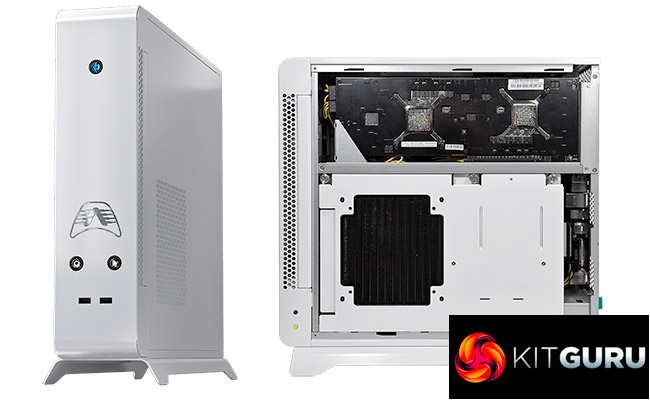 There’s space (and cooling) for either dual single-width graphics or a single dual-width graphics card, and these can be full length too, so cards up to the NVIDIA Quadro P5000 are possible. However, since this V25 specification is intended to be a bit of an AMD showcase, the new version of the Radeon Pro Duo has been included instead. Unlike the original version, the new Radeon Pro Duo doesn’t draw so much power that a custom water cooling system is required. But it’s still a dual-GPU solution, with effectively two Radeon Pro WX7100 cards packaged together – and each one has a whopping 16GB of GDDR5 memory too.

There’s plenty else of interest with the Armari V25R-RA750G2, including the price. So let’s find out how the AMD Ryzen 7 1800X stacks up as a professional workstation CPU.