The promise of Google Stadia when it was first announced was that the streaming platform would allow for users to play games at 4K and 60fps regardless of the hardware capability of one’s PC. Since Stadia’s release however, many of the games featured on the platform have failed to hit that target. Though Google’s excuse regarding the matter was that it only claimed to offer 4K streams – not that the game itself would be 4K, Doom Eternal was promised to be “true 4K”. We now know that this won’t be the case.

Announced by Bethesda on its ‘Slayers Club’ website, the publisher detailed the resolutions that Doom Eternal will run at on the different consoles. While the Xbox One and PlayStation 4 variants are as expected, the Google Stadia version is the most interesting.

Back when Google Stadia was first revealed at GDC 2019, Marty Stratton – id Software’s Executive Producer – went on stage and announced that “[i]f you're gonna prove to the world that you can stream games from the cloud, what better proof than Doom?” And if you're gonna prove to a developer that you're serious about building a robust platform, what better team than id, where we push every platform to its limit?”

He then went on to ‘confirm’ that “[w]e couldn't be happier to be bringing Doom Eternal to Stadia, and are thrilled to announce that the game will be capable of running at true 4K resolution, with HDR colour at an unrelenting 60 frames per second.” 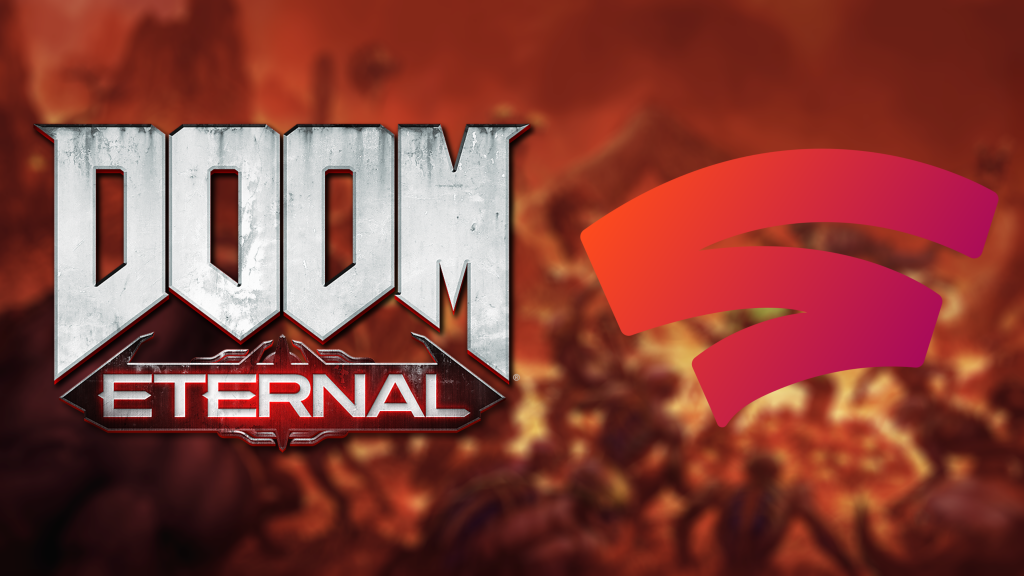 In the lead-up to the release of Doom Eternal on the 20th of March, the Slayers Club post has revealed that as opposed to 4K60fps, Doom Eternal on Stadia will instead run at 1800p. While this is still relatively high, resolution wise, it is interesting to note that the Xbox One X version will also run at 1800p despite being much weaker theoretically.

Upon Stadia’s announcement, Google made sure to let it be known that Stadia was more powerful than both the Xbox One X and PlayStation 4 Pro combined. It is therefore curious to see it run at the exact same resolution and framerate as the Xbox One X. Furthermore, this is a far cry from the “true 4K” which Marty Stratton promised back in March of 2019.

Whose fault these false claims lie upon is unknown, but regardless, it is worth knowing that Doom Eternal will not run at 4K60 on Stadia, but instead 1800p. It is a shame to see that Stadia even now, is unable to meet the expectations it set for itself. That being said, Google claimed that one day Stadia will surpass 4K and 60fps, reaching heights such as 8K and 120fps. If Google continues to work on its service and improve Stadia, then perhaps one day it might be able to meet the claims that it made. Only time will tell.

KitGuru says: Are you planning to buy Doom Eternal? What platform will you be playing it on? Do you think Stadia will improve, or will Google give up on the service before it has a chance to? Let us know down below.