To check thermals we ran a combination of AIDA64 and Unigine Heaven to stress both the CPU and GPU. This should provide an indication of the absolute max temperature you can expect but this is also checked in instances of gaming to ensure the results are representative. 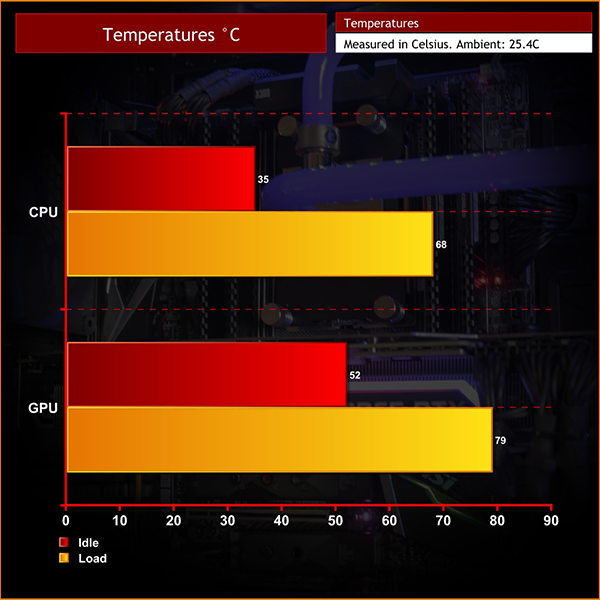 These results are good, at idle both CPU and GPU temps are reasonable with the CPU looking a little better thanks to the water-cooling loop. At full load, we do see these temps start to climb more so for the 2080 TI as it is only air cooled.

Putting all 32 threads to work does show a rise in temps on the CPU to almost 70 degrees but in general use, CPU temps did stick much closer to the idle temps between 35 and 45 degrees.

The 2080 TI did rise close to 80 degrees when stressed which isn’t crazy, but you’d likely see much better load temps by including it in the water-cooling loop, chucking a block on wouldn’t hurt in this instance.

We test noise levels using a digital sound meter from outside of the case of the system, both at idle and with the system stressed. 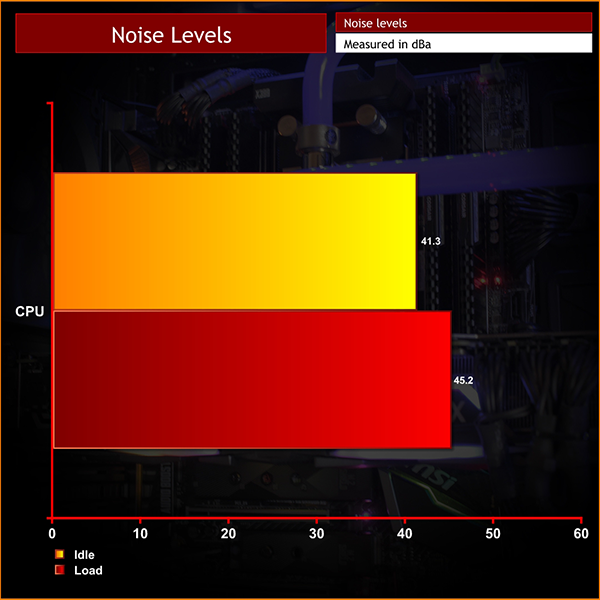 Noise levels were really impressive, with the system at idle I achieved the lowest reading of 41.3 DBA which was barely audible with my head next to the case. This barely changed at full load, only increasing by a few DBA, super impressive really and just as with idle, also barely audible.

Whilst stressing both CPU and GPU we can also take a look at power consumption. The Hyper Liquid Threadripper RTX comes equipped with the Corsair AX1200i 1200WPSU which is an 80+ Platinum unit. 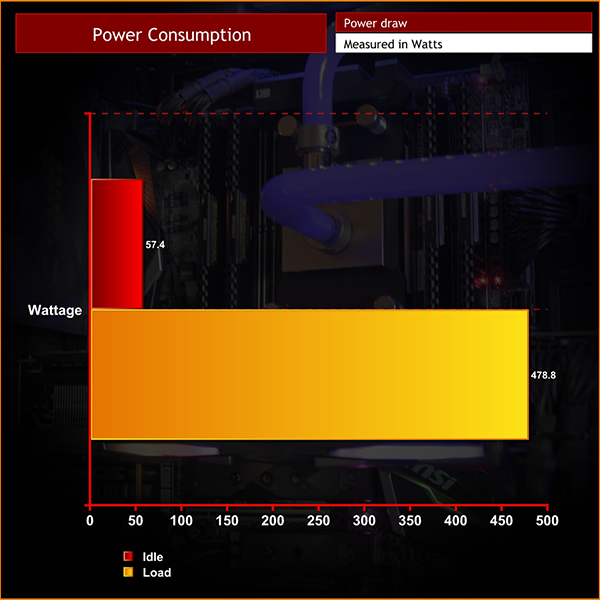 At load, the system only required 479 watts which is still nice and efficient at about 40% load. This does show that a lot of the 1200 watts available are not really being fully utilized, so even a 750 or 850-watt unit would be easily enough.

This being said the flexibility that the 1200W Corsair unit offers does mean that you could chuck in a second graphics card without coming close to limit, likely bumping power consumption up to the 850-watt mark.

Bethesda was apparently in talks with Sony for Starfield timed-exclusivity

Prior to Microsoft’s acquisition of Bethesda, the publisher seemed to be getting pretty close to …